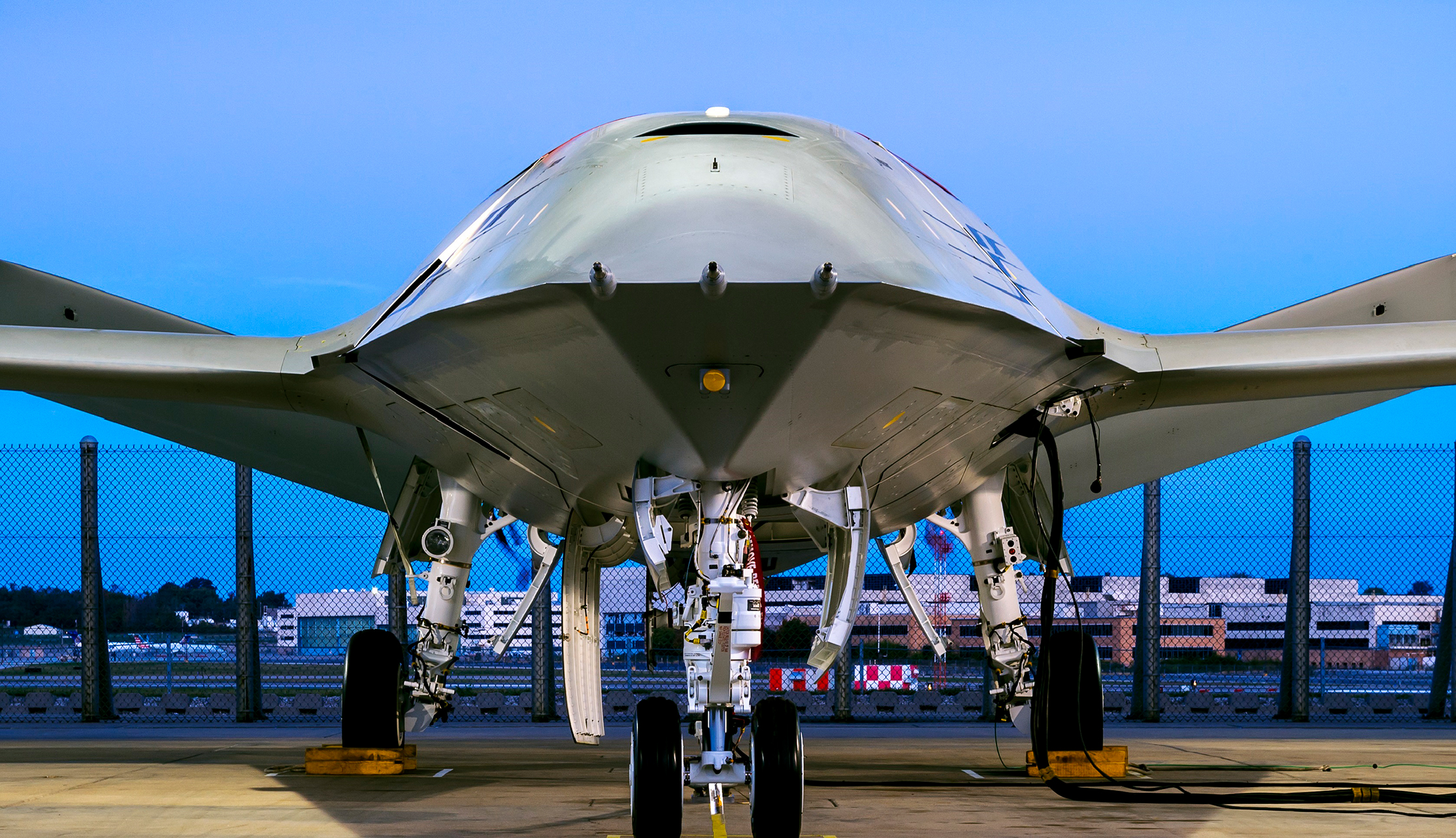 The company is one of three competitors hoping to build the Navy’s first carrier-based UAV, which will serve as a mission tanker for the carrier air wing. General Atomics and Lockheed Martin are also competing. Northrop Grumman, who built the X-47B Unmanned Combat Air System Aircraft Carrier Demonstration (UCAS-D) used in testing dating back to 2013, dropped out of the competition in October.

Boeing’s photo shows a wing-body-tail design, a fuel-efficient design shared by General Atomics’ entry in the competition. Northrop Grumman’s X-47B had a cranked kite, flying wing design that was more geared towards the original stealthy strike and refueling concept, whereas the current MQ-25 requirement focuses just on mission tanking.

“Boeing has been delivering carrier aircraft to the Navy for almost 90 years,” Don ‘BD’ Gaddis, the program lead for Boeing’s Phantom Works division, said in a company news release.
“Our expertise gives us confidence in our approach. We will be ready for flight testing when the engineering and manufacturing development contract is awarded.”

The news release added that Boeing’s entry in the competition is “completing engine runs before heading to the flight ramp for deck handling demonstrations early next year.”

As a rapid acquisition project, the Navy has designated just two key performance parameters for the UAV: mission tanking, and carrier suitability. The winning design will have to launch and recover from an aircraft carrier at sea, just like any manned aircraft, and will have to meet manned planes at range to refuel them during missions, helping to nearly double the range of the carrier air wing.

The request for proposals (RFP) was issued to industry in October following a draft RFP in July. Boeing noted in its news release that proposals are due Jan. 3.

The Navy hopes to field the first MQ-25 by 2020 and has already announced that aircraft carriers USS Dwight D. Eisenhower (CVN-69) and USS George H.W. Bush (CVN-77) will be the first to operate the unmanned tanker.