The inclusion of the unmanned MQ-25 Stingray aerial tanker into the U.S. carrier air wing could increase the effective strike range of the strike fighters aboard aircraft carriers by up to 400 nautical miles, the commander of Naval Air Forces told U.S. Naval Institute’s Proceedings.

Air Boss Vice Adm. Mike Shoemaker said the service’s goal was for the Navy’s first operational carrier-based unmanned aerial vehicle to be able to deliver about 15,000 pounds of fuel at 500 nautical miles from the carrier to the air wing’s strike fighters, which would almost double their operational range.

“The MQ-25 will give us the ability to extend the air wing out probably 300 or 400 miles beyond where we typically go. We will be able to do that and sustain a nominal number of airplanes at that distance,” Shoemaker said in an exclusive interview in the September issue of Proceedings.
“That will extend the reach of the air wing, and when we combine that with additional weapons we are buying, we will get an impressive reach.”

The strike range of a carrier air wing is now only about 450 nautical miles – the effective unrefueled radius of a Boeing F/A-18E/F Super Hornet. The additional 300 to 400 miles could potentially extend the reach of the fighters up to or beyond 700 nautical miles.

The additional range extension would be the farthest the air wing could reach out since the Navy retired the Grumman F-14D Tomcat from its inventory in 2006. An F-14D had an estimated unrefueled combat radius – with two fuel drop tanks – of about 650 nautical miles. 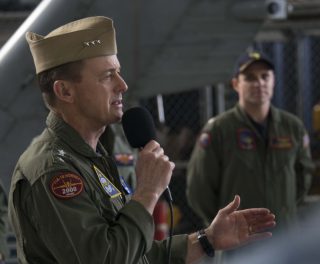 In addition to the extension of the air wing’s lethal radius, Shoemaker said the Stingray would take pressure off the current Super Hornets that refuel the air wing. At the moment, 20 to 30 percent of Super Hornet missions are for refueling other aircraft.

The Super Hornet has two refueling missions — recovery and mission tanking — that will be taken over by the Stingrays. Mission tanking extends the operational range of aircraft hundreds of miles from the strike group while recovery tanking missions happen close to the carrier and are a hedge against aircraft running out of fuel during landing.

“The MQ-25 will be much more efficient than the Rhino (Super Hornets), and it will give us the ability to get out there and refuel four to six airplanes at range,” Shoemaker told Proceedings.
“It will also work as a recovery tanker for cyclic ops, with the ability to cover at least three cycles. Launch one airplane, and it goes overhead, drops back down for the recovery, and goes back up to altitude to wait for the next recovery. We will not be putting any wear and tear on Super Hornets for the tanking mission, which is good. … Right now, the focus is to make it a tanker to extend the reach of the air wing and reduce some of the fatigue life expenditure on our Super Hornets. The only tankers we have in the air wing are the Rhinos.”

Shoemaker also talked about the Navy’s plans to man and operate the Stingray and described an arrangement similar to how the service’s helicopter community will cross-train to operate the MQ-8B/C Fire Scout UAV.

“We are looking at the manning construct of that right now. We will likely operate the MQ-25 in the same fashion—creating a small detachment of officers who run the MQ-25 and operate it on deployment,” he said.
“The pilots will come from the Hornet, E-2, Growler and F-35 communities.” 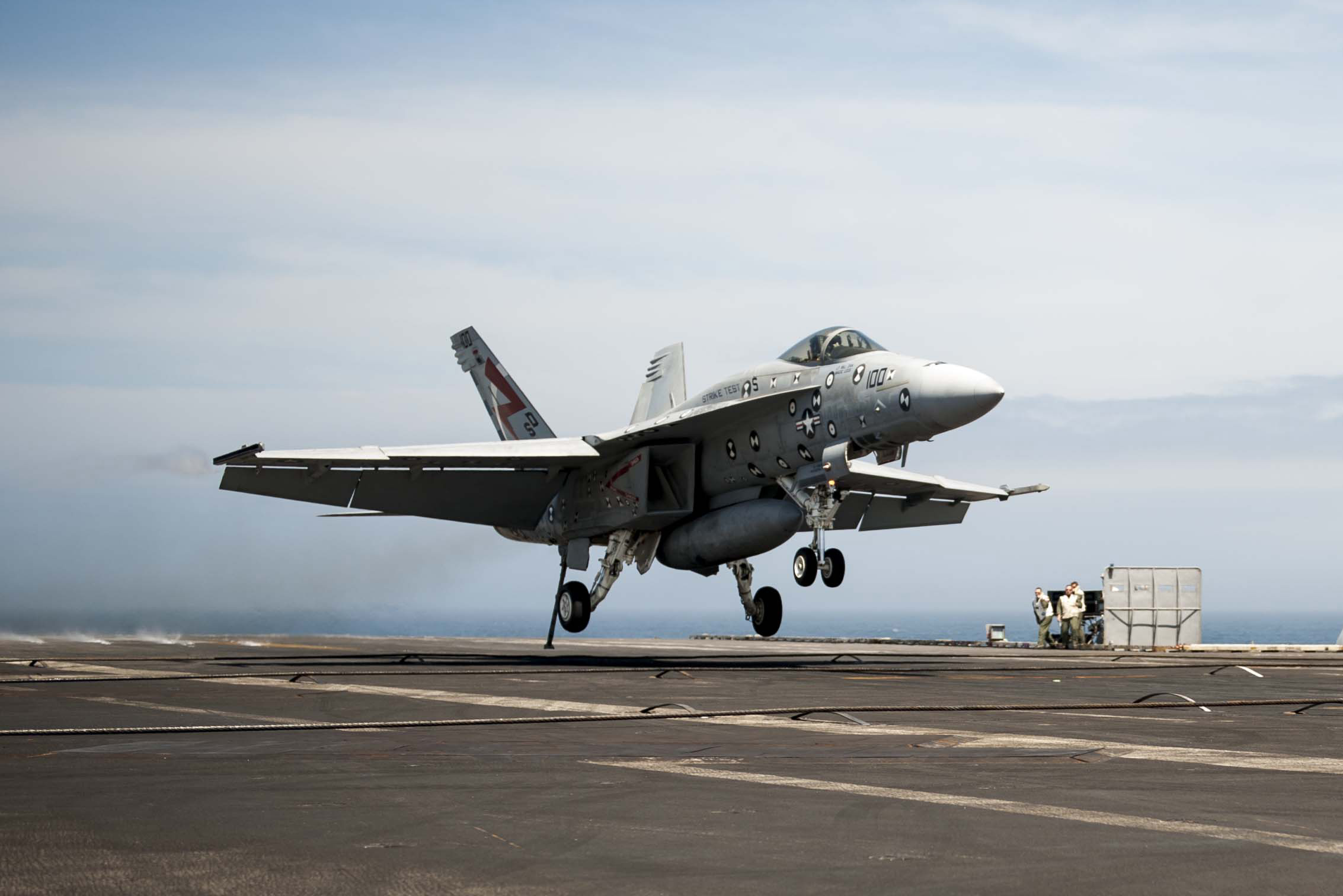 Shoemaker’s comments are the most specific information yet on the Navy’s refueling goals for MQ-25A program. Naval Air Systems Command has been more vague on the Navy’s goal for Stingray.

In a July interview with USNI News, Rear Adm. Mark Darrah, Program Executive Officer Unmanned Aviation and Strike Weapons, and MQ-25A program manager Capt. Beau Duarte said they didn’t intend to release the specific goals for ranges and instead have only two public key performance parameters for the program.

“Carrier suitability. The system needs to be able to operate off of the aircraft carrier and integrate with all of the subsystems of the carrier. That’s catapults, that’s existing launch and recovery equipment,” Duarte told USNI News in July.
“Mission tanking. Sea-based tanker is the second KPP. It needs to be able to deliver a robust fuel offload at range to support an extension of the air wing and add flexibility of what’s available from a mission tanking perspective. There are a number of key system attributes or other requirements lower than that that are subsequent to [those] and are of lower importance and that will allow us to focus on those two key areas on tanking and carrier suitability and let those be the primary design drivers. “

Additionally, Darrah said NAVAIR would also be non-specific on price.

“When we put a number out there, eerily they tend to get to that number and go backward, go backward in their development so they hit that number. We are taking a different approach this time,” he said.
“We’re not going to define that number at this point and direct them to provide us with their input so that we can adequately and accurately determine what they truly can do.”

NAVAIR released a draft request for proposal for the MQ-25A’s air segment, which will be the last refinement of the program before an anticipated fall full RFP to competitors Northrop Grumman, General Atomics, Boeing and Lockheed Martin. The Navy is developing the datalinks and ground control system for the effort.