Last week, the Navy issued the RFP to four industry competitors for the air segment of what will be the service’s Navy’s first operational carrier-based unmanned aerial vehicle ahead of an anticipated contract award by September of next year, a NAVAIR spokeswoman told USNI News on Tuesday.

The Navy wants to field the capability on its carriers to alleviate the strain on the existing F/A-18E/F Super Hornets that are burning through flight hours while serving as a refueling tanker for other aircraft attempting to land on the aircraft carrier. Up to 20 to 30 percent of Super Hornet sorties are refueling missions.

While the Navy has been reluctant about the specific goals of the program, the service’s basic requirements will have the Stingray deliver about 15,000 pounds of fuel 500 nautical miles from the carrier.

“The MQ-25 will give us the ability to extend the air wing out probably 300 or 400 miles beyond where we typically go. We will be able to do that and sustain a nominal number of airplanes at that distance,” Air Boss Vice Adm. Mike Shoemaker said in the September issue of Proceedings.
“That will extend the reach of the air wing, and when we combine that with additional weapons we are buying, we will get an impressive reach.”

The current effective strike radius of a Super Hornet is about 450 miles, and the MQ-25 could extend the range to more than 700 nautical miles.

Of the four companies vying for the business, General Atomics has released the first complete images of its planned bid for Stingray. 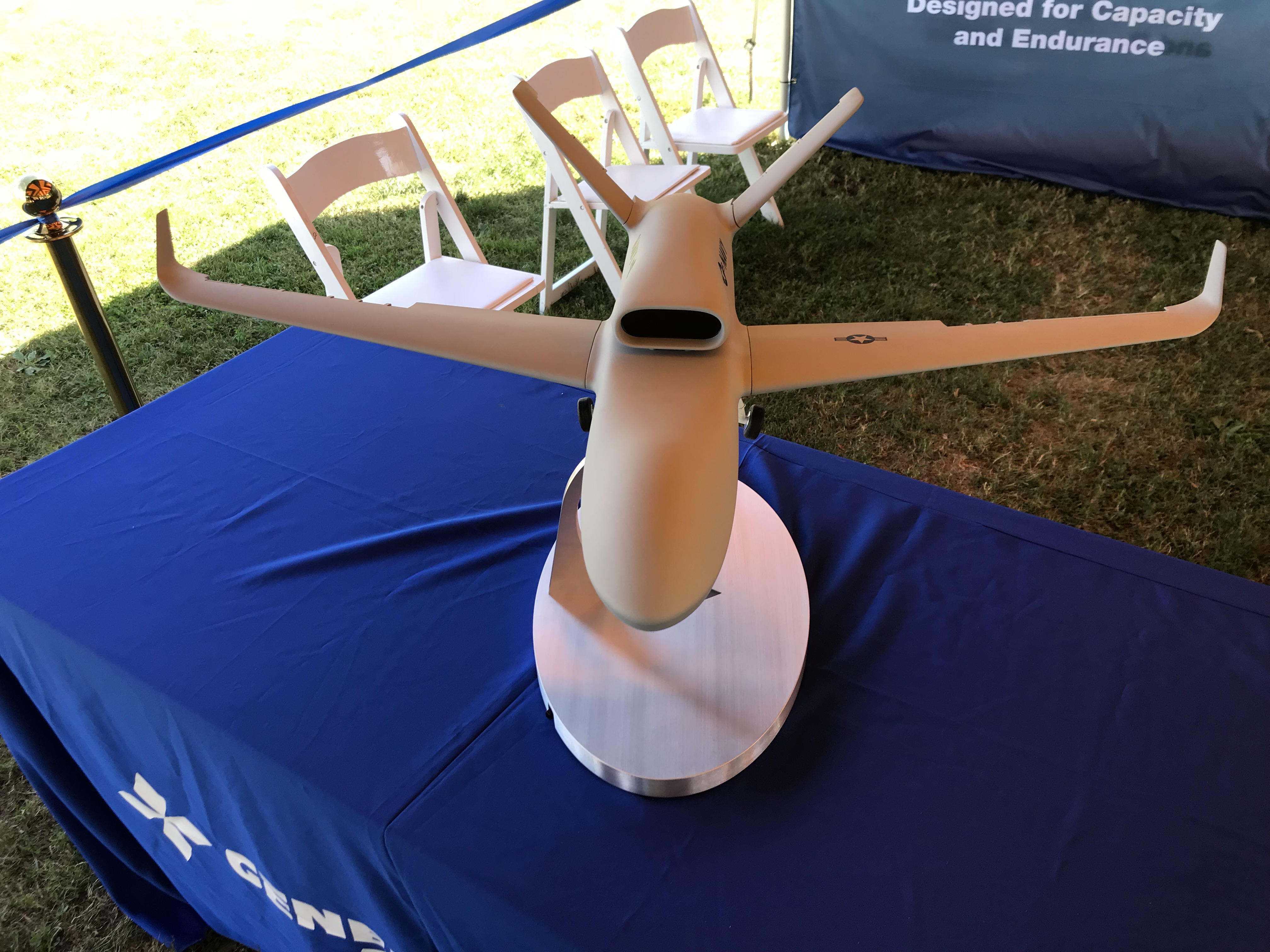 The aircraft is a wing-body-tail design that shares design characteristics with the General Atomics Avenger design, including a turbofan engine and V-shaped tailfins.

While company representatives didn’t reveal details of the bid, like aircraft dimensions or internal fuel capacity, they did point out some features unique to the GA bid. The aircraft will have an electro-optical ball like GA’s MQ-1 Predator and MQ-9 Reaper UAVs; landing gear that pulls into the fuselage, which is reminiscent of the old S-3 Viking anti-submarine warfare aircraft; and a system for maneuvering around the flight deck using gestures from the flight crew, retired Rear Adm. Terry Kraft who now works for General Atomics told USNI News on Saturday.

In addition to the carrier suitability requirements set by the Navy, GA has included a margin for growth.

“You can see a future for weaponization, you could see a future for ISR capability. The Navy has already asked us to put hooks in there for a radar and I think it’s very logical that the first spiral would be some type of radar installation,” Kraft said.
“At the end of the day, the UAV is a truck.”