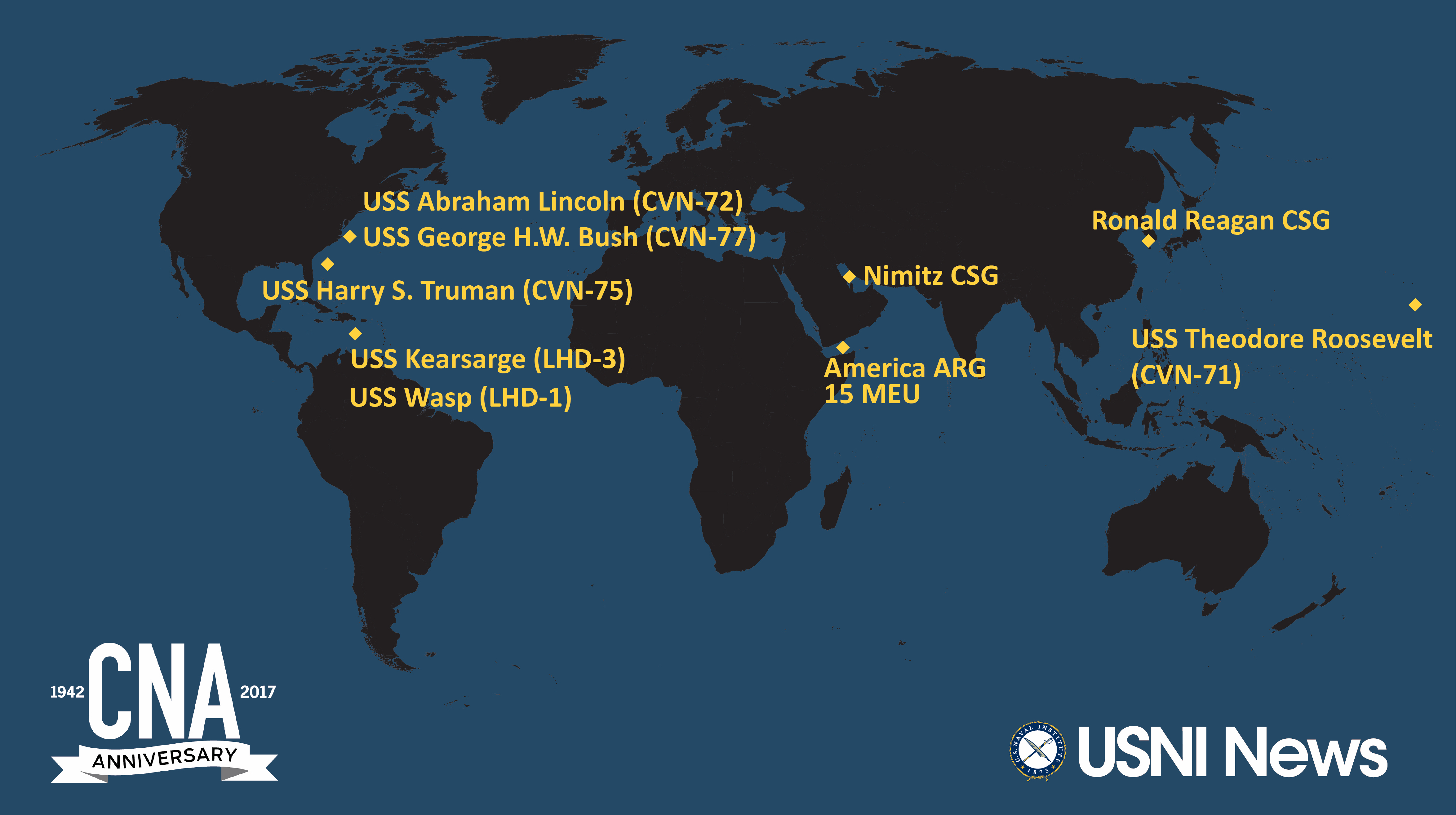 The USNI News Fleet and Marine Tracker is sponsored by CNA.
These are the approximate positions of the U.S. Navy’s deployed carrier strike groups and amphibious ready groups throughout the world as of Oct. 23, 2017, based on Navy and public data. In cases where a CSG or ARG is conducting disaggregated operations, the map reflects the location of the capital ship. 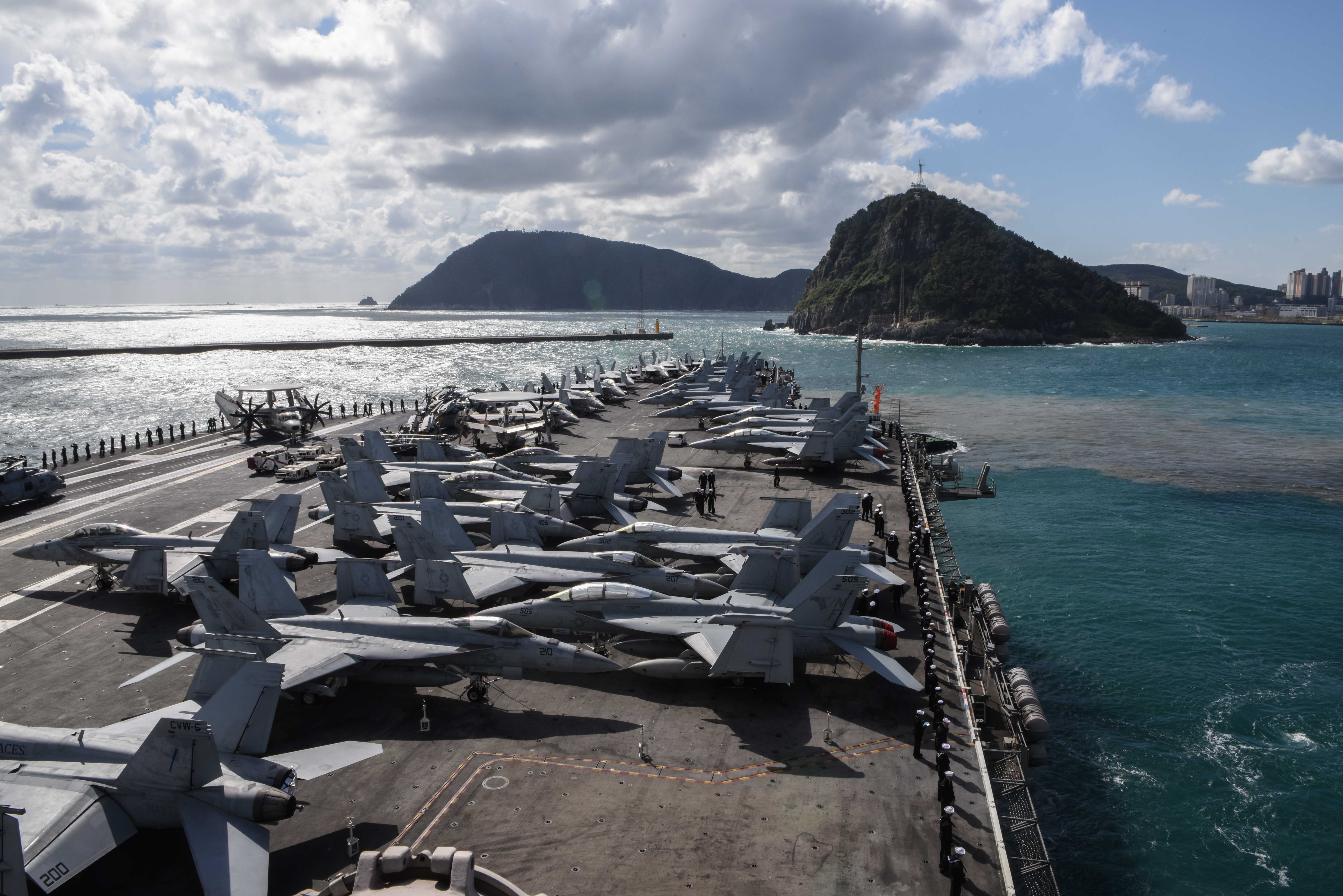 The forward-deployed aircraft carrier, USS Ronald Reagan (CVN-76), maneuvers along the coast prior to a scheduled port visit in Busan, Republic of Korea on Oct. 21, 2017. US Navy Photo 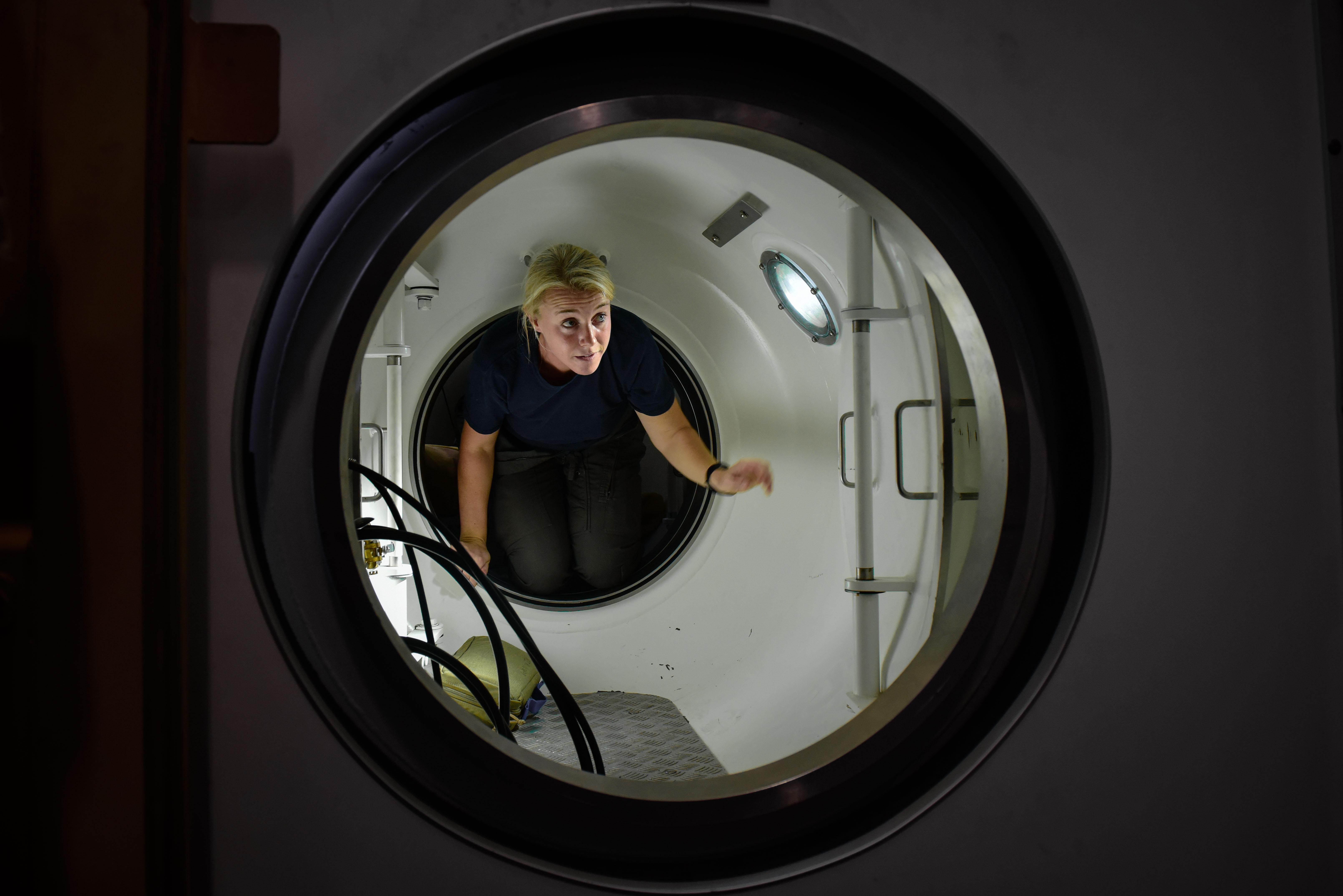 Lt. Dani Leary climbs through a recompression chamber during a medical drill aboard the aircraft carrier USS Theodore Roosevelt (CVN-71) on Oct. 16, 2017. US Navy Photo

About 7,500 sailors and Marines with the Theodore Roosevelt CSG departed Oct. 7 from San Diego, Calif., for a scheduled deployment to the Western Pacific and the Middle East.

There are reports the Roosevelt CSG could conduct dual-carrier operations off of the Korean Peninsula with the Reagan CSG. 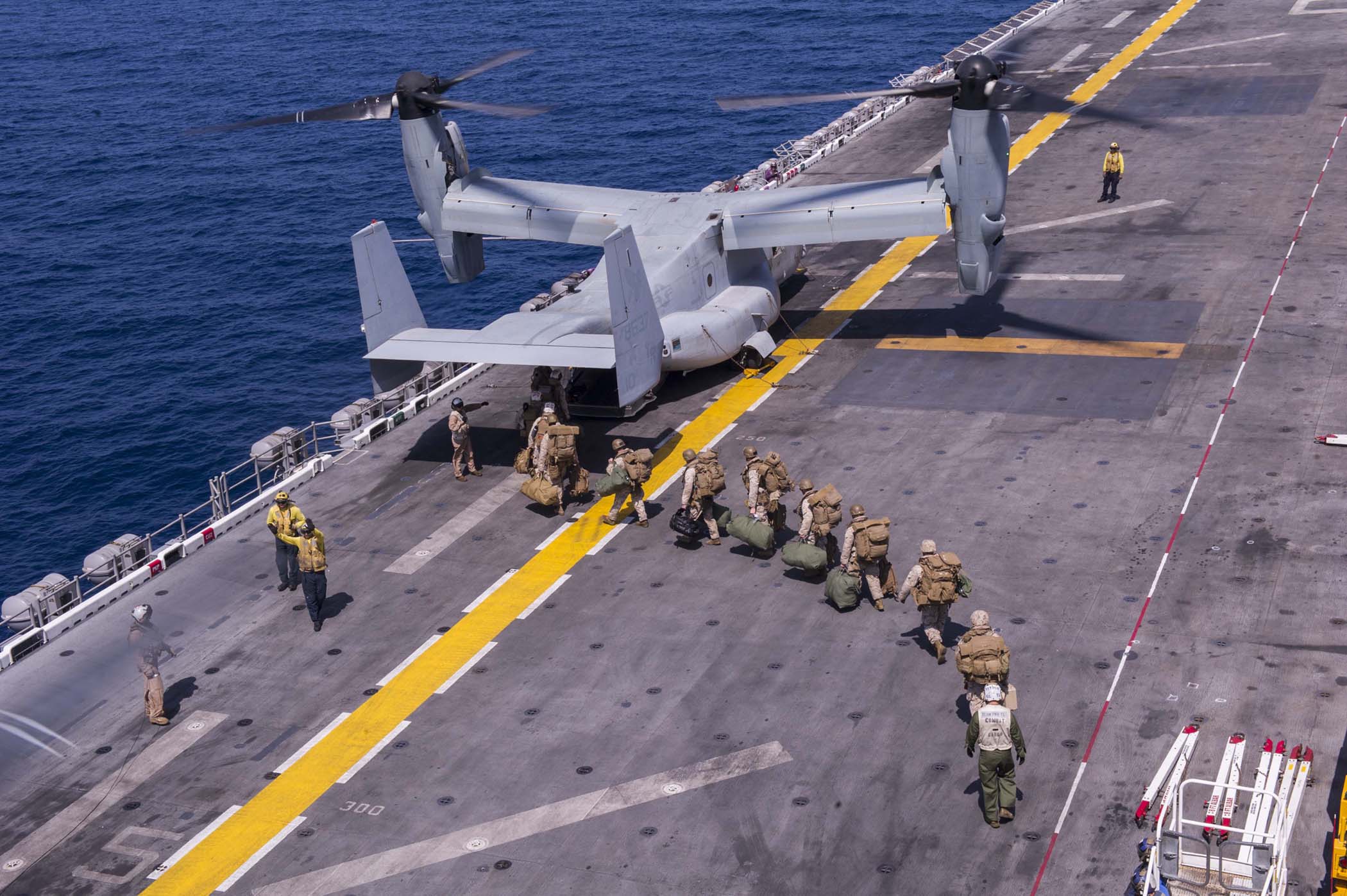 Other ARG units are participating in Exercise Iron Magic 18, a military exercise between the UAE Armed Forces and U.S. forces that started on Thursday in the UAE. 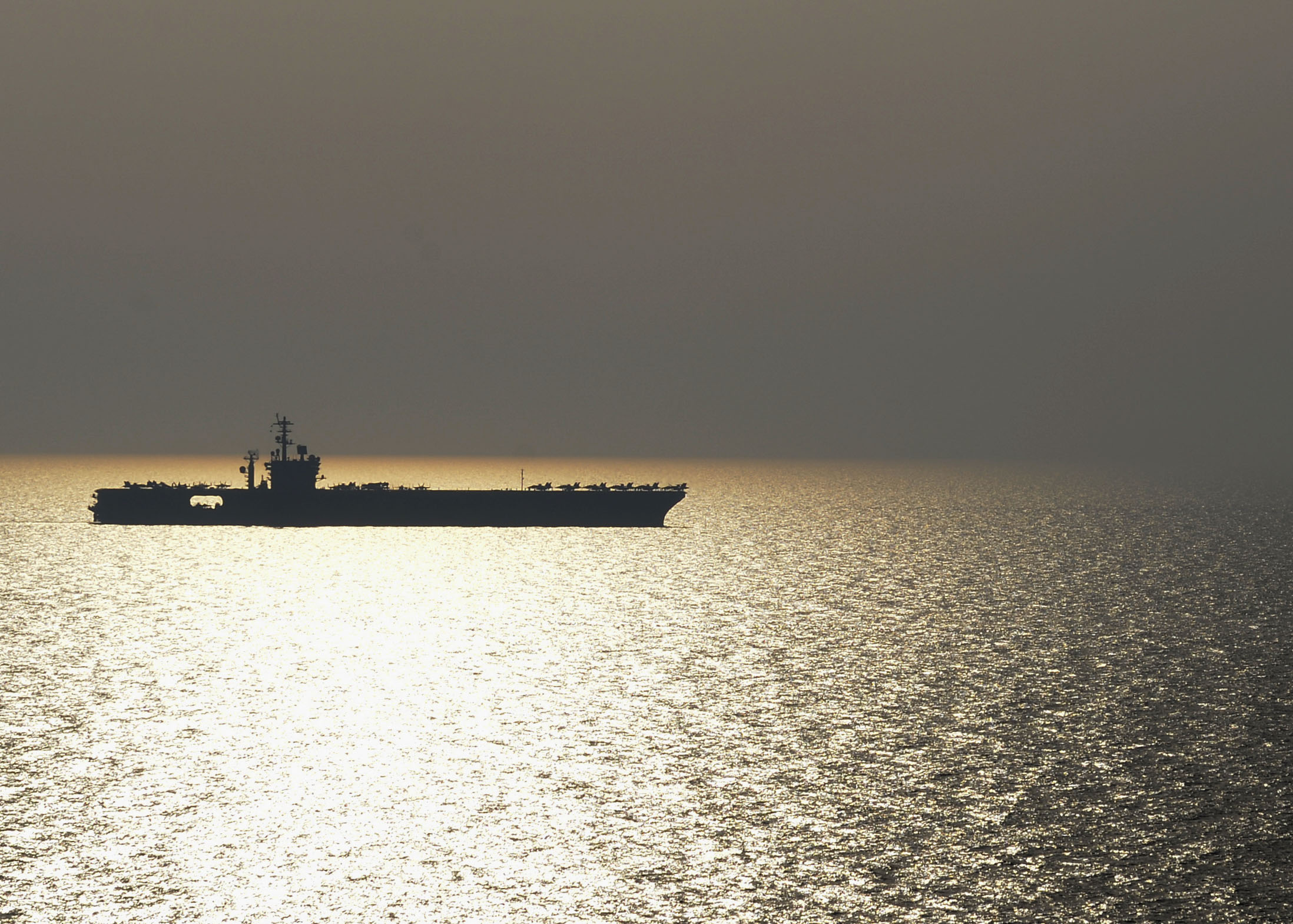 The Nimitz CSG continues to conduct anti-ISIS strikes in Syria and Iraq in support of Operation Inherent Resolve. 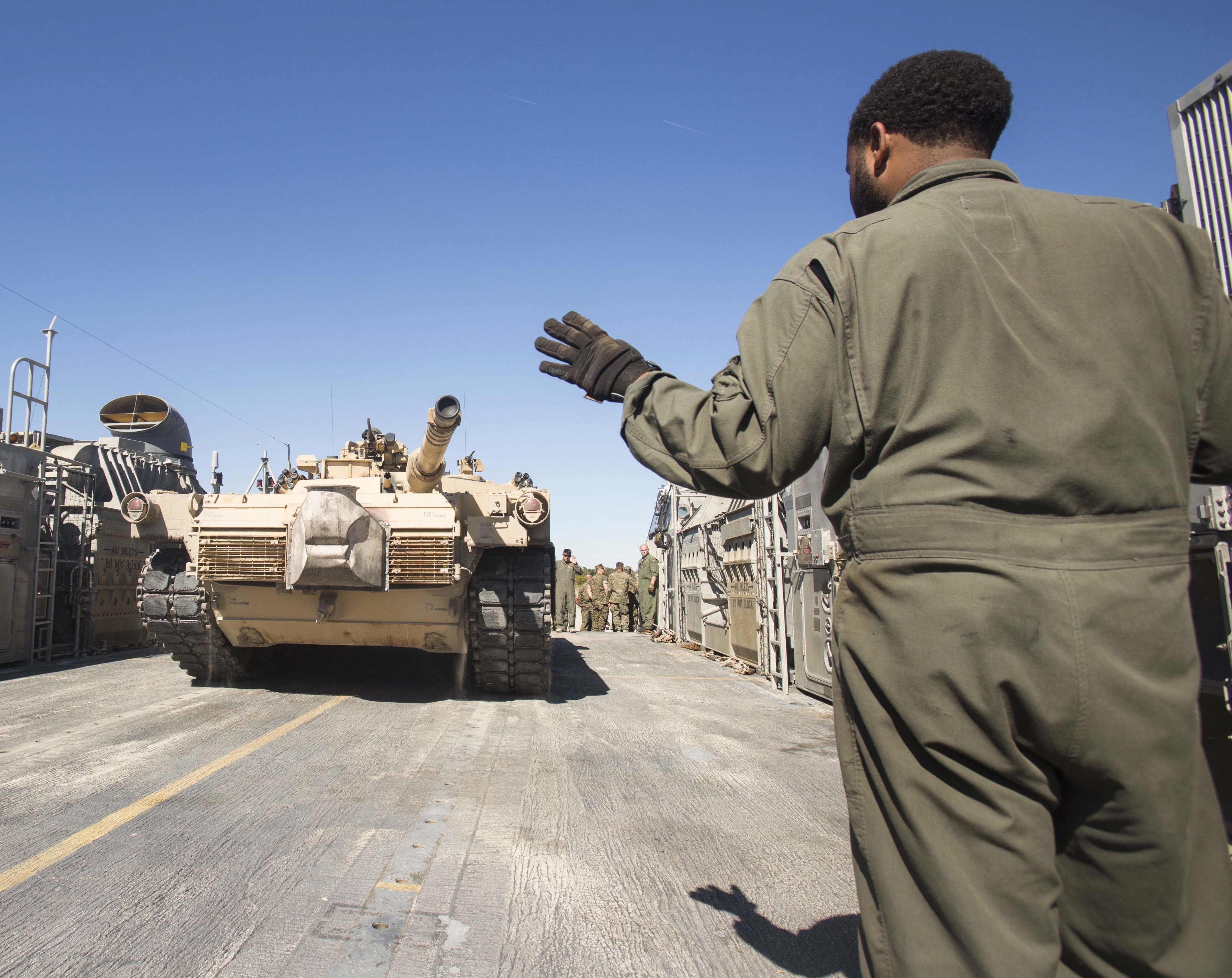 Amphibious exercise Bold Alligator 17 is taking place off the coast of North Carolina, though smaller in scale this year due to many of the exercise’s planned participants still conducting hurricane response efforts in the Caribbean. 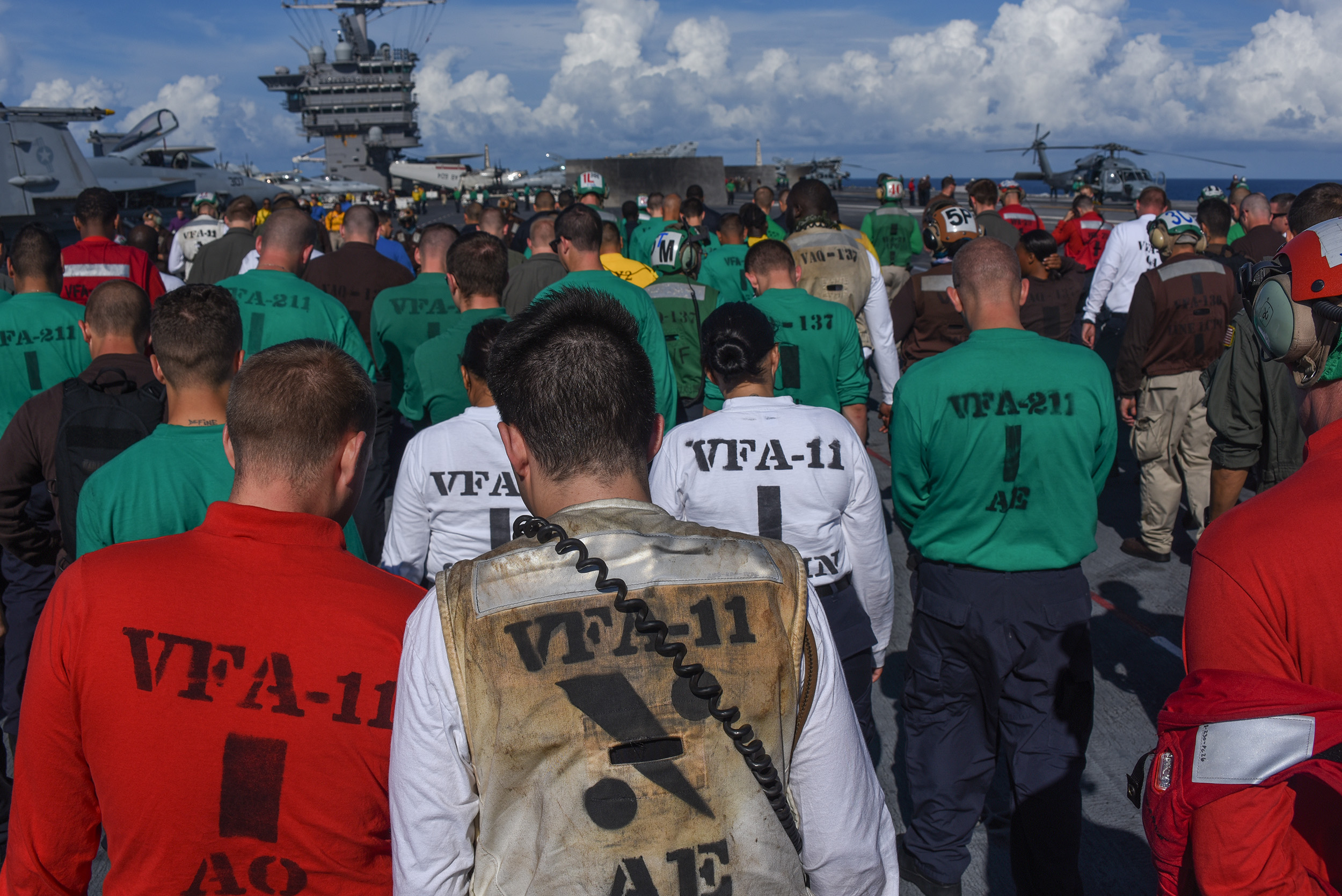 USS Harry S. Truman (CVN-75) is underway in the Fleet operations areas off of Norfolk, Va., conducting a Tailored Ship’s Training Availability (TSTA). This is the final step in the crew’s individual ship training and culminates in a Final Evaluation Problem (FEP). The next underway phase of Truman‘s training will include other ships as the carrier continues deployment work-up.

The amphibious assault ships USS Wasp (LHD-1) and USS Kearsarge (LHD-3) and dock landing ship USS Oak Hill (LSD-51), along with the Marines of the 24th MEU and Seabees from Amphibious Construction Battalion 2, continue to support the humanitarian relief efforts for Hurricanes Irma and Maria in Puerto Rico.