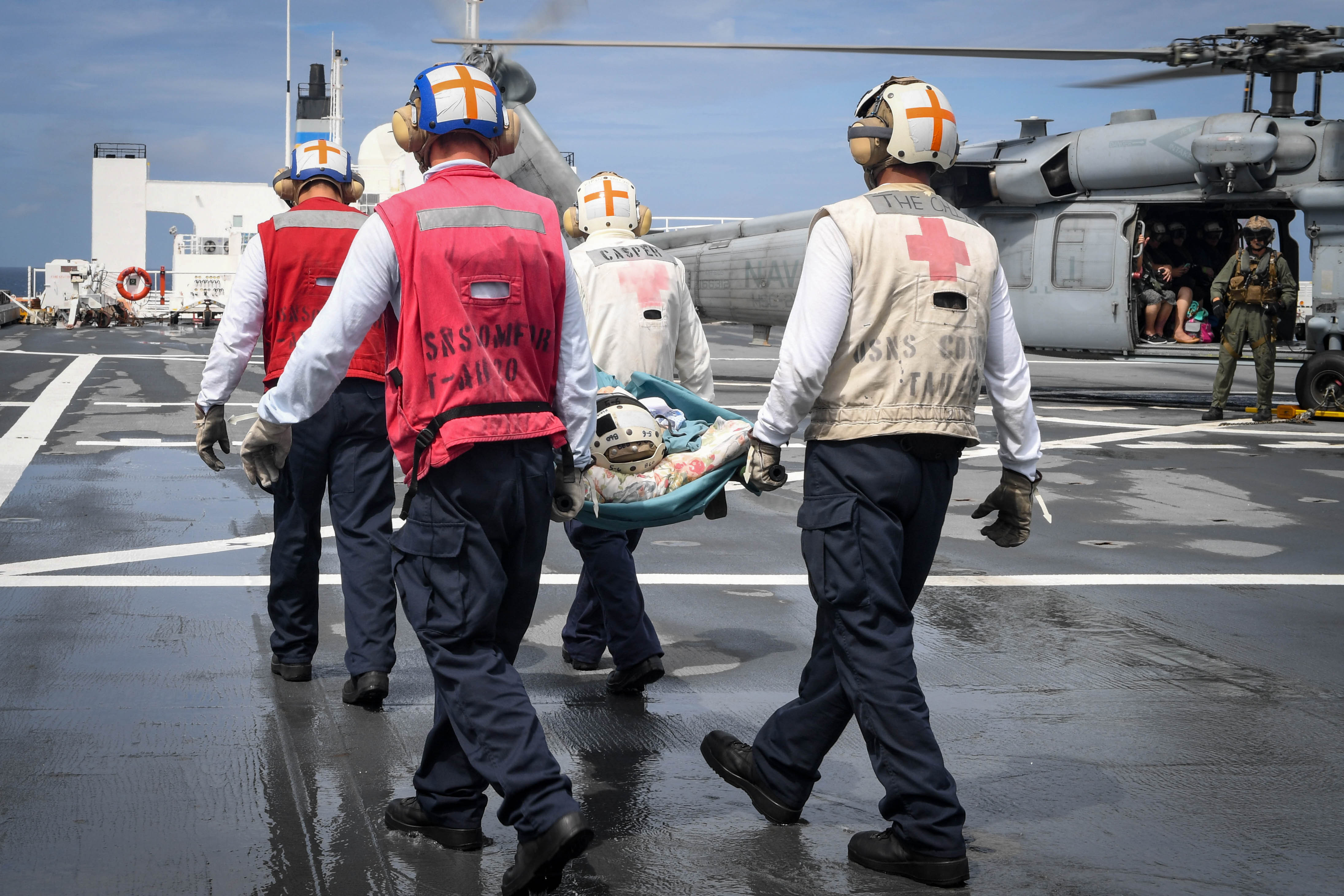 As Puerto Rico’s hospitals are reconnected to a power grid being rebuilt in the wake of Hurricane Maria, military medical providers continue increasing their ability to treat patients on shore and at sea.

Recent news reports suggest two weeks after arriving in Puerto Rico, hospital ship USNS Comfort (T-AH-20) was not being fully utilized by the civilian agencies coordinating Hurricane Maria relief efforts, however military officials say that while communications with inland Puerto Rico continue to be a challenge there are more military medical options available to disaster victims since Comfort arrived.

Officials this week highlighted the work done by Comfort’s staff, and other military personnel on the ground in Puerto Rico. As of this week, Comfort had treated more than 100 patients, delivered a baby on Saturday, and continued logistics and medical support operations in Arecibo and Aguadilla, according to a statement released by U.S. Northern Command, which is running the Department of Defense’s Hurricane Maria relief efforts.

Poor communications between local providers, civilian medical officials in charge of evaluating medical needs, and the military were cited as a possible cause for health clinics and hospitals on the island being at capacity while 13 percent of Comfort’s beds were occupied. A CNN story reported Tuesday only 33 of the hospital ship’s 250 beds were being used, as the ship operates in the vicinity of San Juan.

In comparison, seven years ago, when Comfort went to Haiti following a January 2010 earthquake, the ship’s staff treated 871 patients during a seven-week period, including 540 critically injured patients who were brought on board within the first 10 days. During the initial phase of its mission, the ship ran 10 operating rooms at full capacity to care for severely injured earthquake survivors. 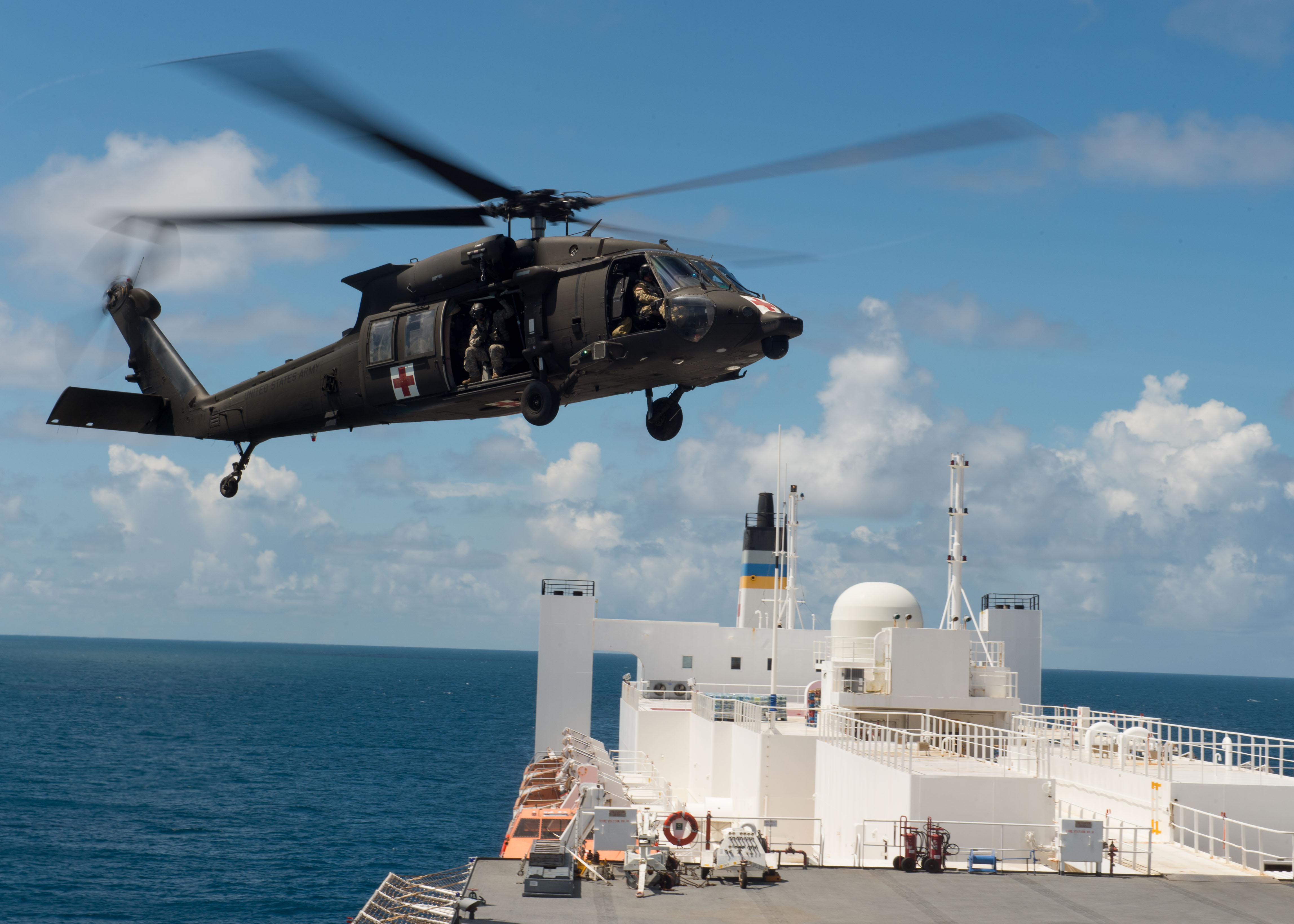 Following hospital assessments made by Marines and sailors from the Kearsarge Amphibious Ready Group, Northern Command stationed National Guardsmen at the hospitals to improve communications between facilities, civilian health authorities, and the military. The Marines and sailors also helped fix hospital generators and checked stockpiles of food and drinking water. Northern Command reports 64 of 67 Puerto Rican hospitals are open, with 41 now hooked up to the power grid.

The Navy and Marine Corps sent additional helicopters to Puerto Rico this week, to deliver supplies and provide medical evacuations, a Navy spokesperson told USNI News. There are now 66 total helicopters in the region, located at various points around the island.

Meanwhile, other military teams are providing medical care on the ground in Puerto Rico, Northern Command reported. The Army’s 14th Combat Surgical Hospital, from Fort Benning, Ga., set up a 44-bed facility with intensive care units and two operating rooms. The Army’s 285th and the 335th Area Medical Support companies are operating acute care clinics in Ceiba, Fajardo, and Aguadilla. Also in Aguadilla, from Joint Base Langley-Eustis near Newport News, Va., the U.S. Air Force 633rd Medical Group is in the process of setting up an expeditionary medical support hospital.