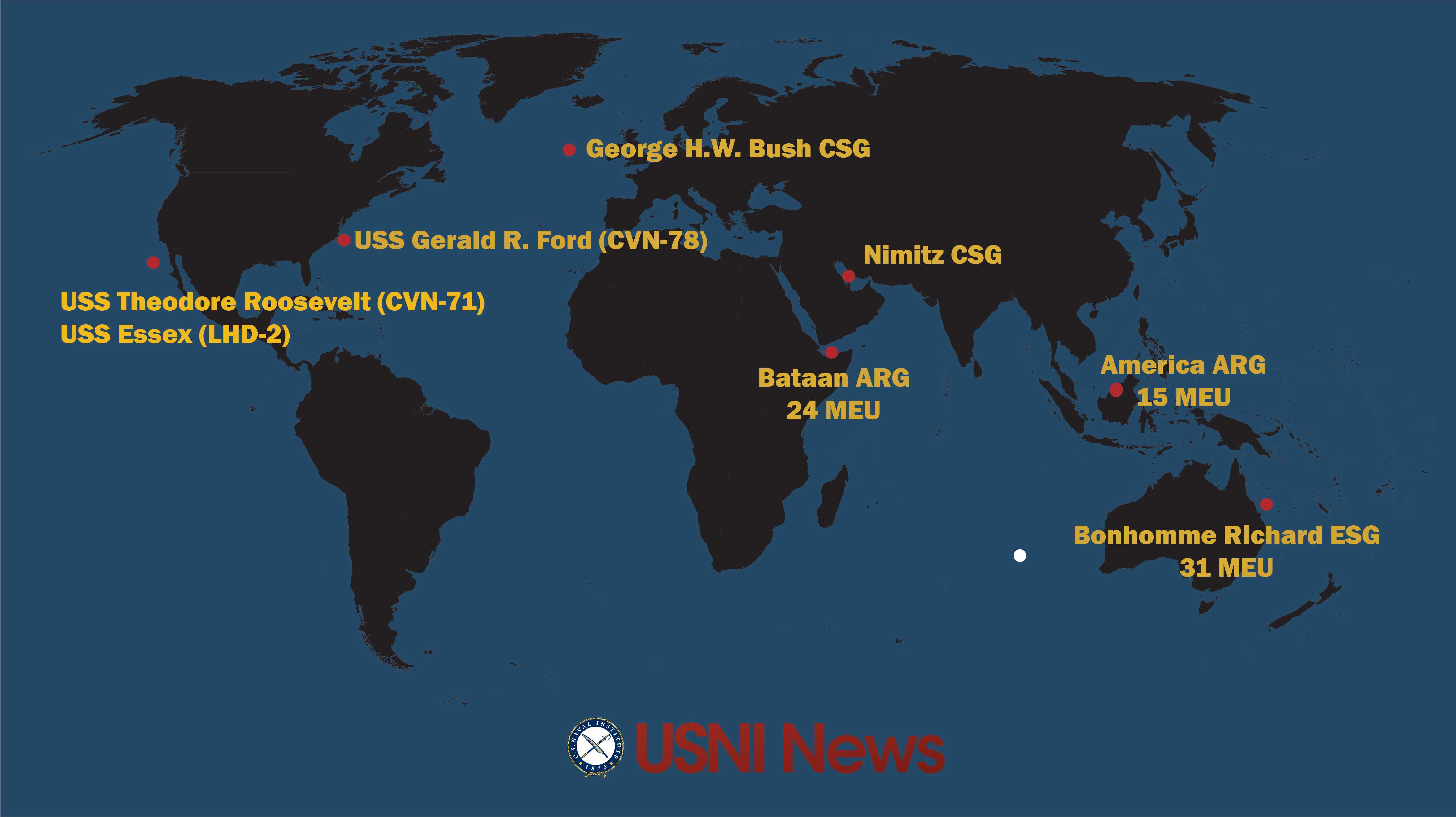 These are the approximate positions of the U.S. Navy’s deployed carrier strike groups and amphibious ready groups throughout the world as of Aug. 14, 2017. In cases where a CSG or ARG is conducting disaggregated operations, the map reflects the location of the capital ship. 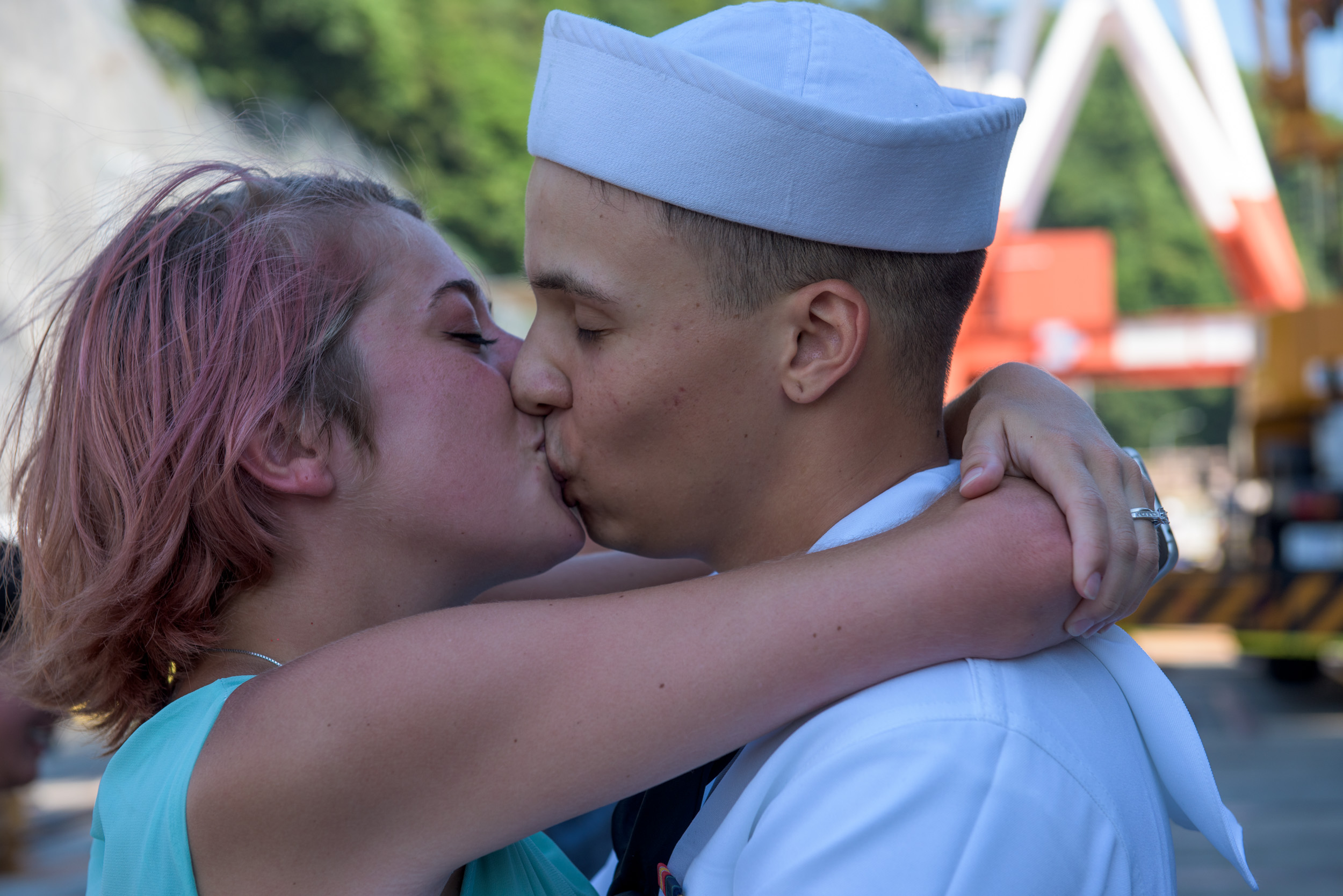 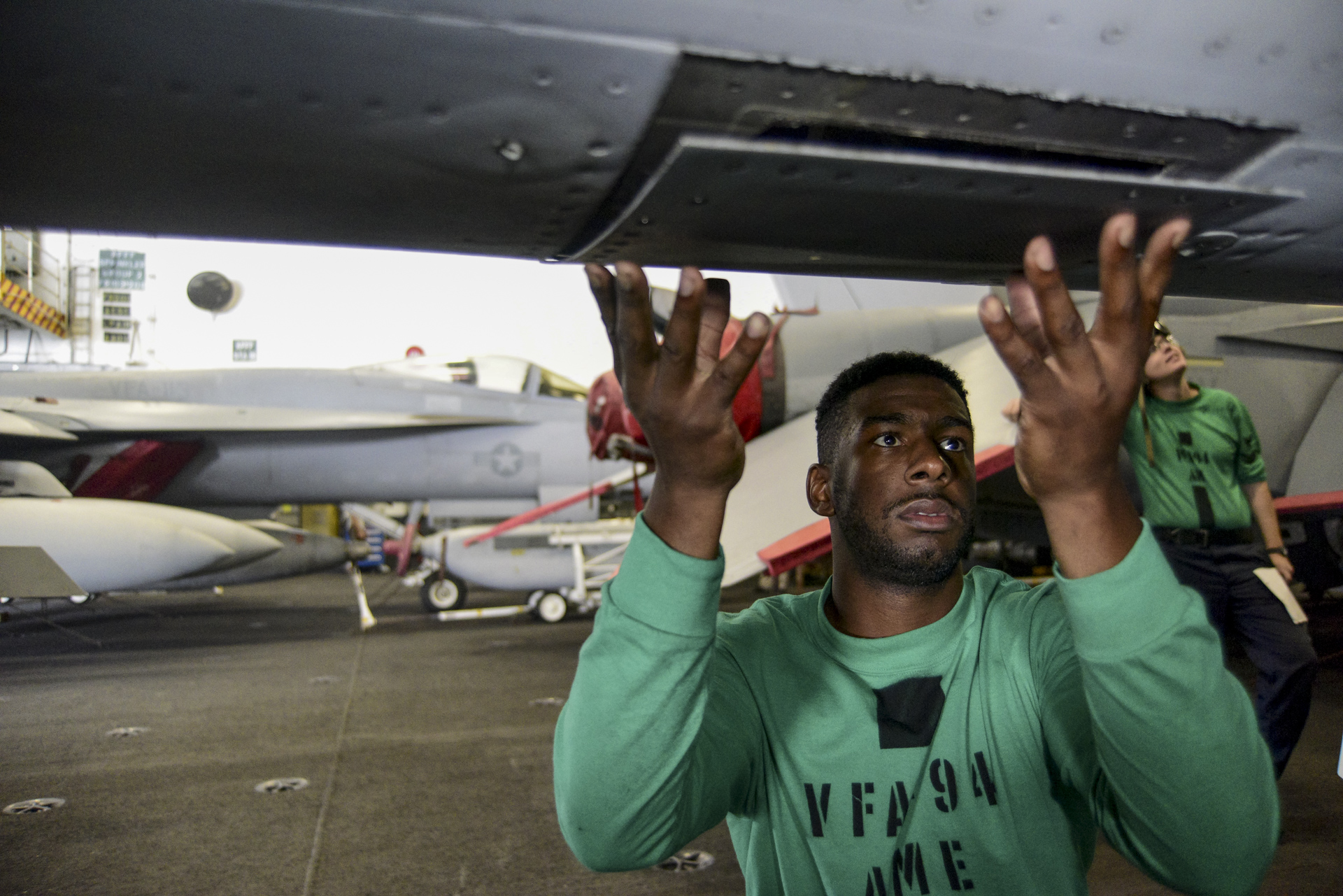 Aviation Structural Mechanic Airman Ryan Johnson, assigned to the Mighty Shrikes of Strike Fighter Attack Squadron (VFA) 94, inspects the under panels of an F/A-18F Super Hornet for corrosion in the hangar bay of the aircraft carrier USS Theodore Roosevelt (CVN-71) on Aug. 7, 2017. US Navy Photo

The Composite Training Unit Exercise is usually the first time all elements of a Strike Group – ships plus air wing – come together in preparation for deployment. 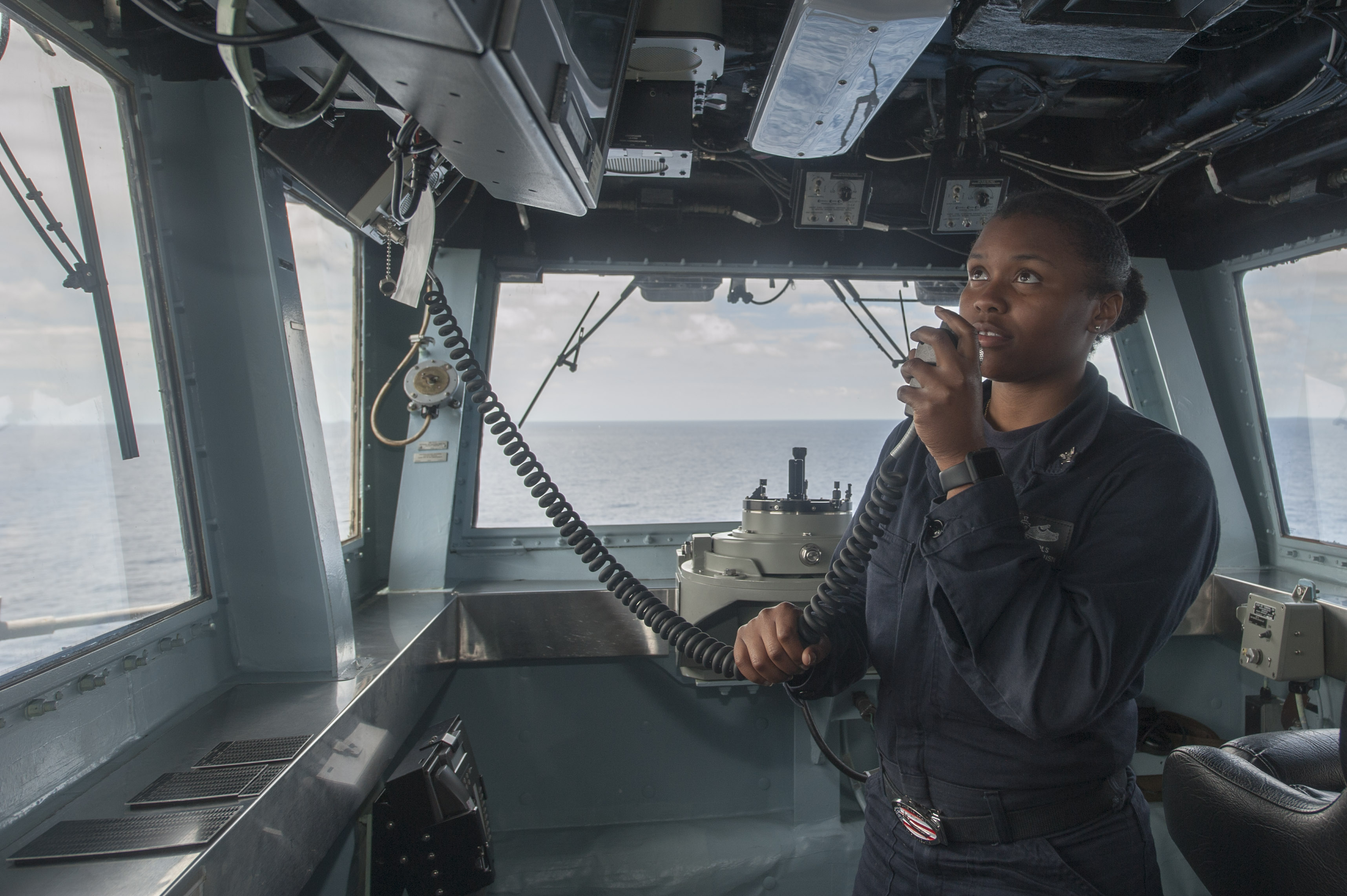 On Aug. 10, 2017, destroyer USS John S. McCain (DDG-56) conducted a freedom of navigation operation past the Chinese artificial island built on Mischief Reef off the coast of the Philippines. 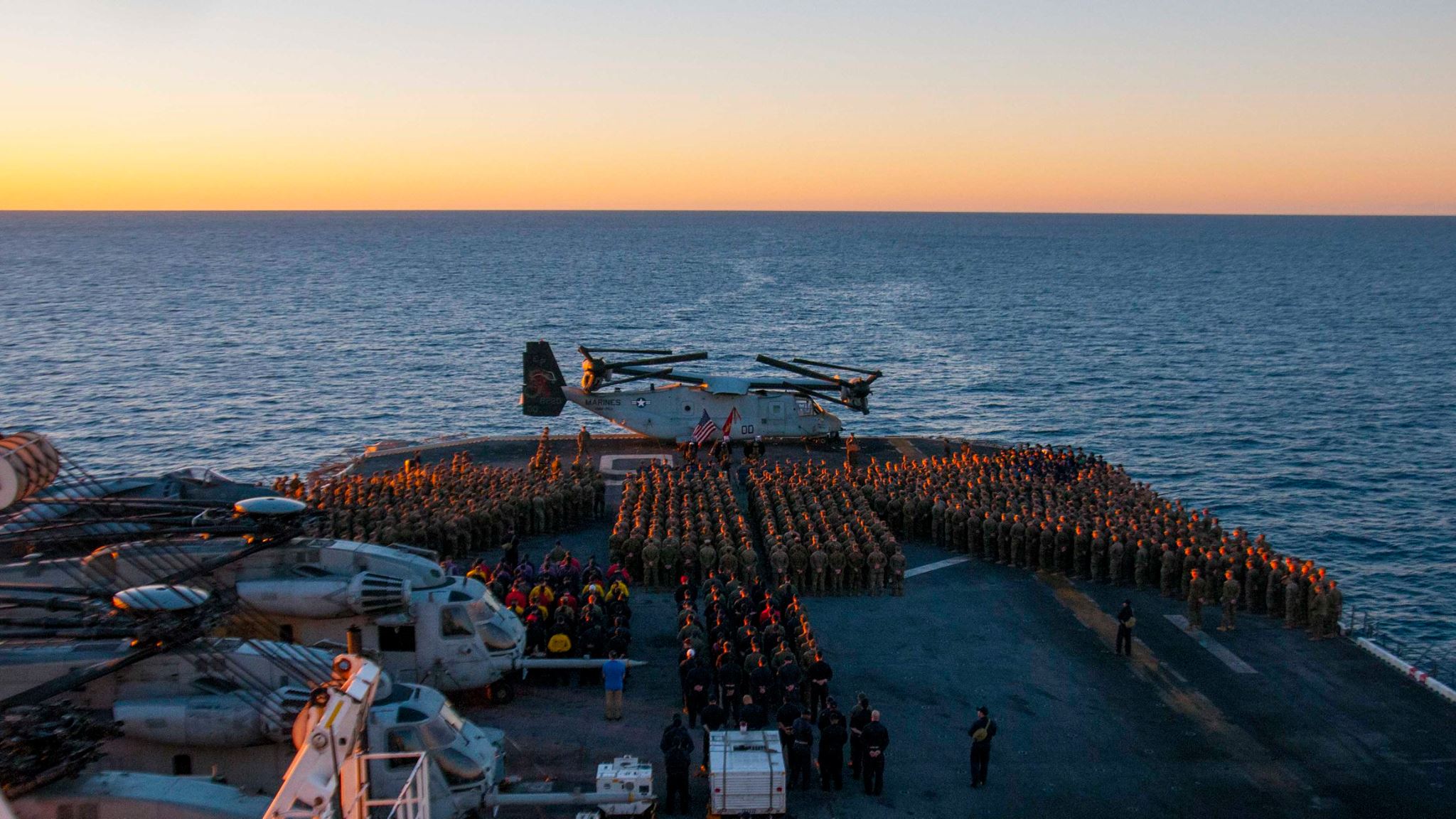 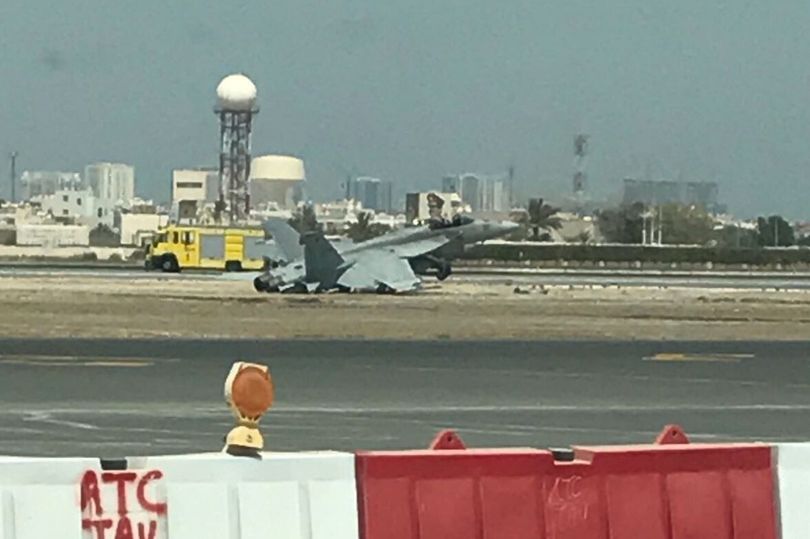 On Aug.12, an F/A-18E Super Hornet from USS Nimitz (CVN-68) experienced engine failure and attempted to land at the Bahraini air base at Sheik Isa. Unable to make it to Isa, the pilot landed at Bahrain International Airport. The pilot ejected safely as the plane departed the runway. Sheik Isa was opened right before the Gulf War in 1990 and hosted over 200 U.S. aircraft during the Gulf War. 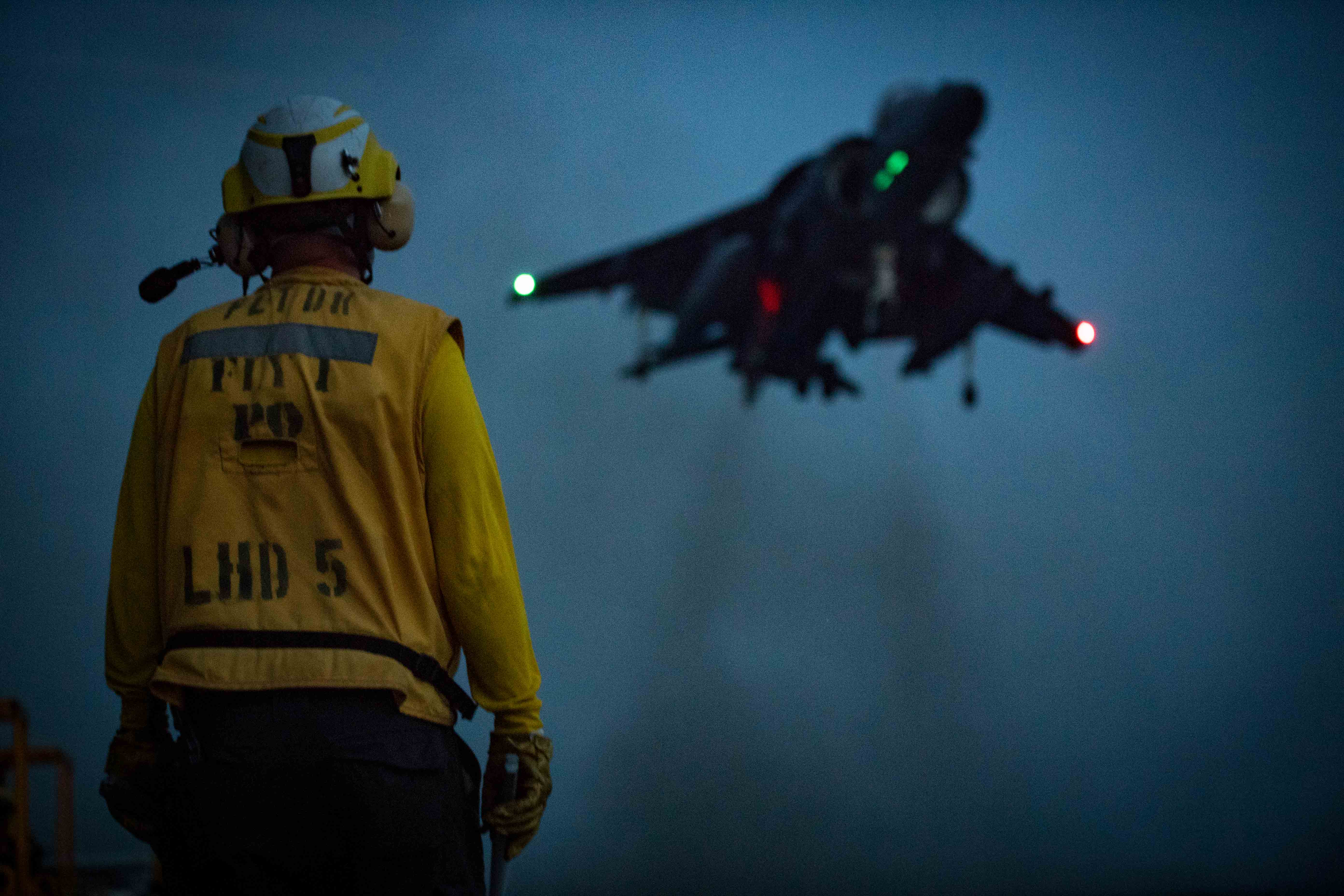 A landing signalman enlisted watches as an AV-8B Harrier land on the flight deck of the amphibious assault ship USS Bataan (LHD-5) on Aug. 7, 2017. US Navy Photo

The Bataan Amphibious Ready Group with the 24th MEU is operating off Yemen, after arriving in theater in March.

Bataan ARG and 24th MEU are due to return home to Norfolk in September. 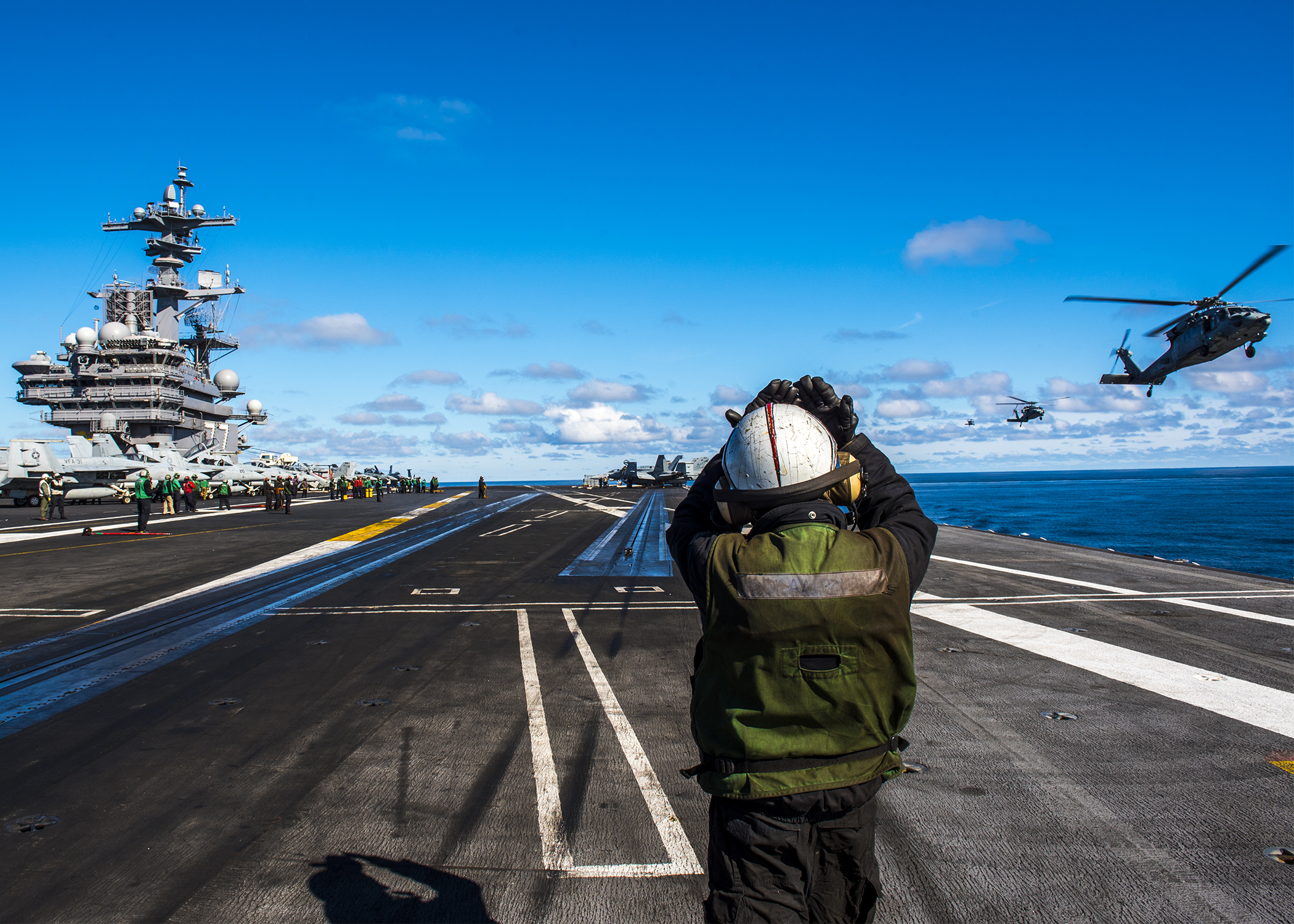 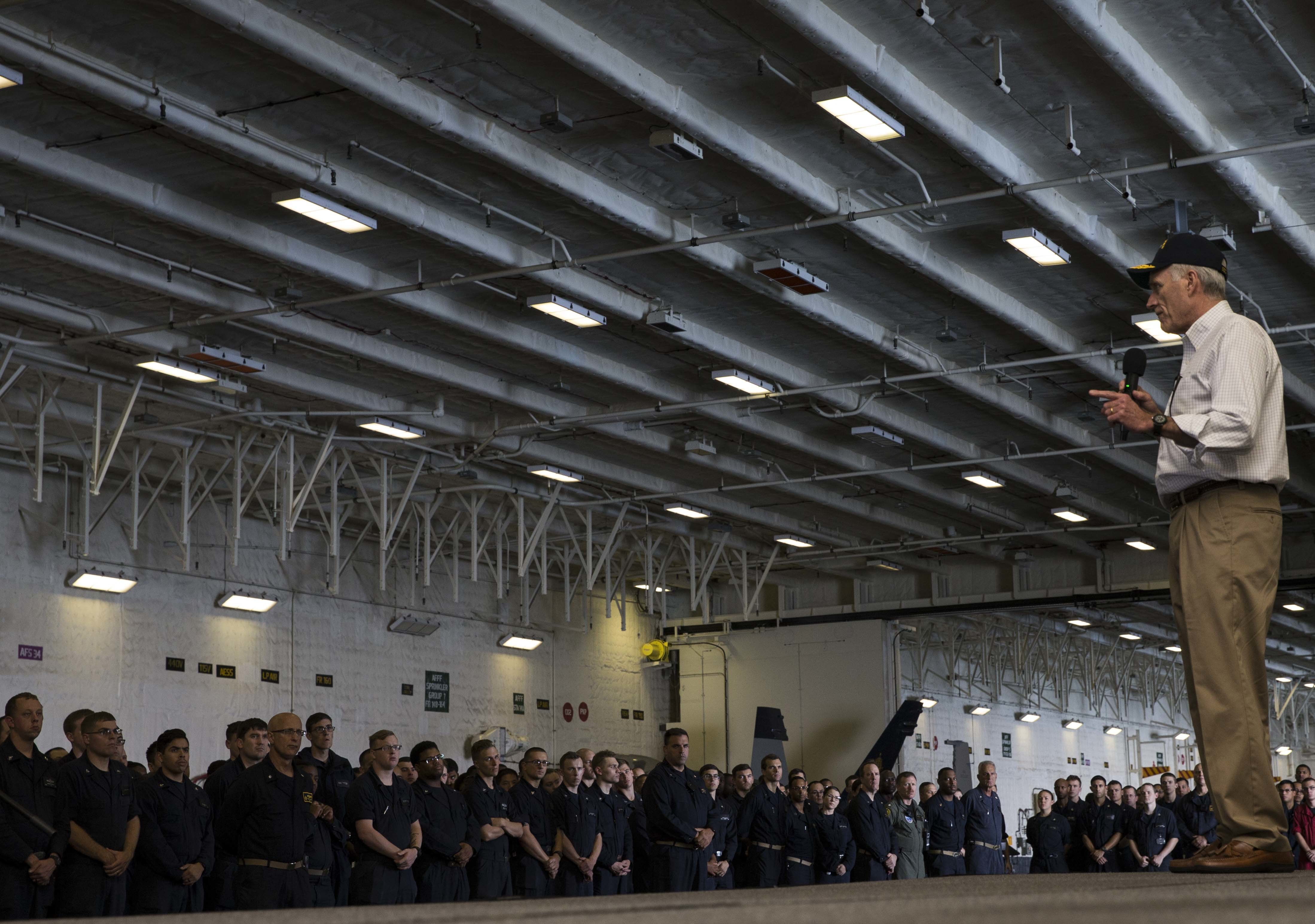 Secretary of the Navy Richard V. Spencer addresses the crew of the aircraft carrier USS Gerald R. Ford (CVN-78) during an all-hands call in the ship’s hangar bay on Aug. 10, 2017. US Navy Photo

USS Gerald R. Ford  (CVN-78) is underway off Norfolk conducting training and testing. On Aug 10, Secretary of the Navy Richard V. Spencer visited the ship while it was underway.