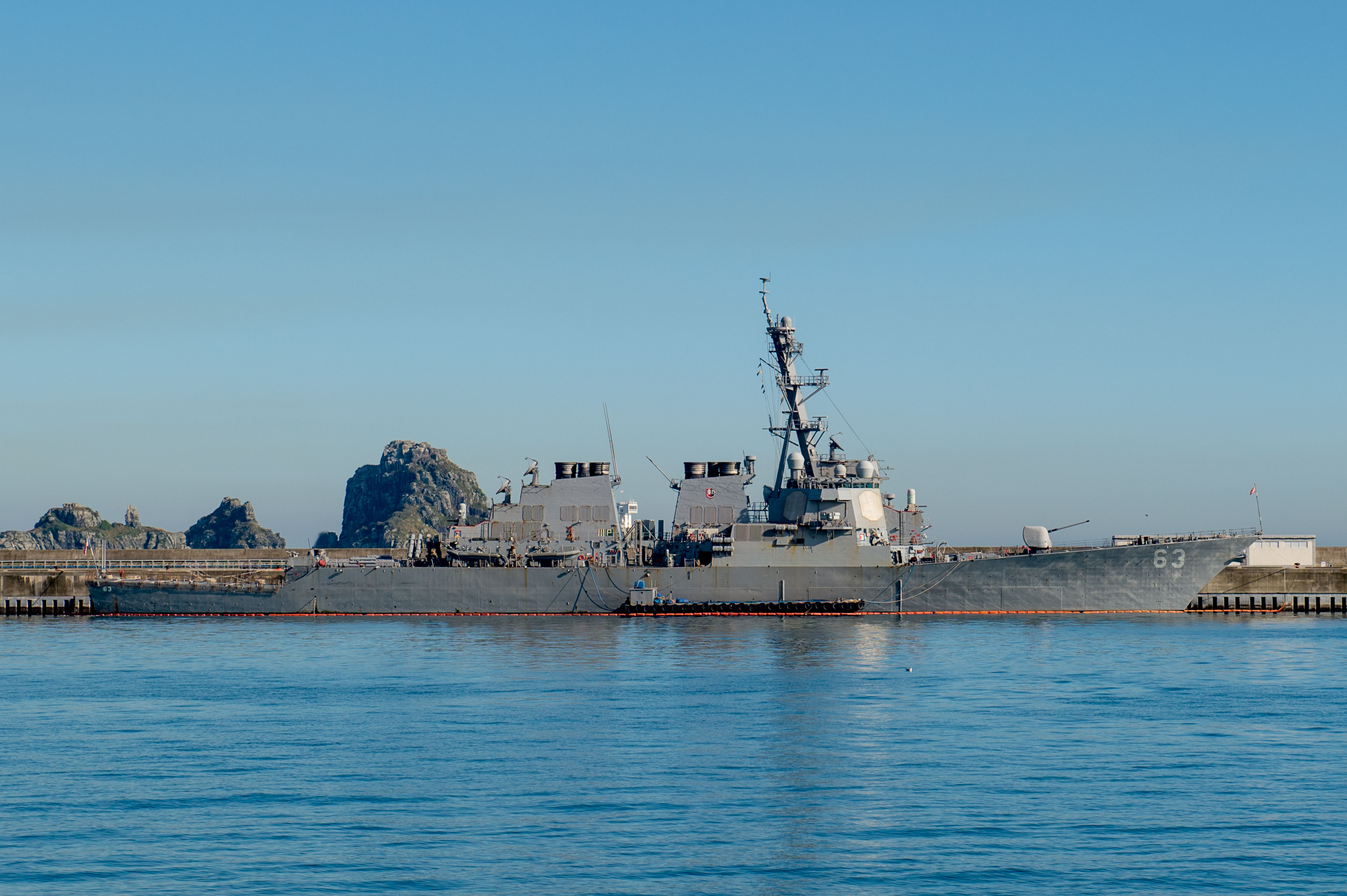 USS Stethem (DDG 63) is moored pier side at the Republic of Korea (ROK) Fleet base in Busan in 2016. US Navy Photo

The sailor was reported missing from the ship at about 9 A.M. local time on Tuesday – about 9 P.M. EST on Monday, U.S. 7th Fleet said.
The Japanese and American warships were conducting low-level bilateral exercises in the South China Sea when the sailor went missing, a U.S. Navy official told USNI News.

A report in Defense News indicated two People’s Liberation Army Navy ships that were shadowing the JMSDF and the U.S. destroyer have joined in the search.

The Navy is withholding the name of the sailor as the search continues.
In June, a sailor hiding on USS Shiloh (CG-67) prompted a search by JMSDF assets, U.S. Navy and Japan Coast Guard. The sailor was later found hiding on the ship.

Stethem reported a man overboard at about 9 a.m. local. Multiple searches were conducted inside the ship, but were unable to locate the Sailor.

In addition, JMSDF ships JS Izumo and JS Sazanami are searching the area along with helicopters from Izumo.

The Joint Personnel Recovery Center Hawaii is also assisting with this search.

The Sailor’s name is being withheld while the search is ongoing.