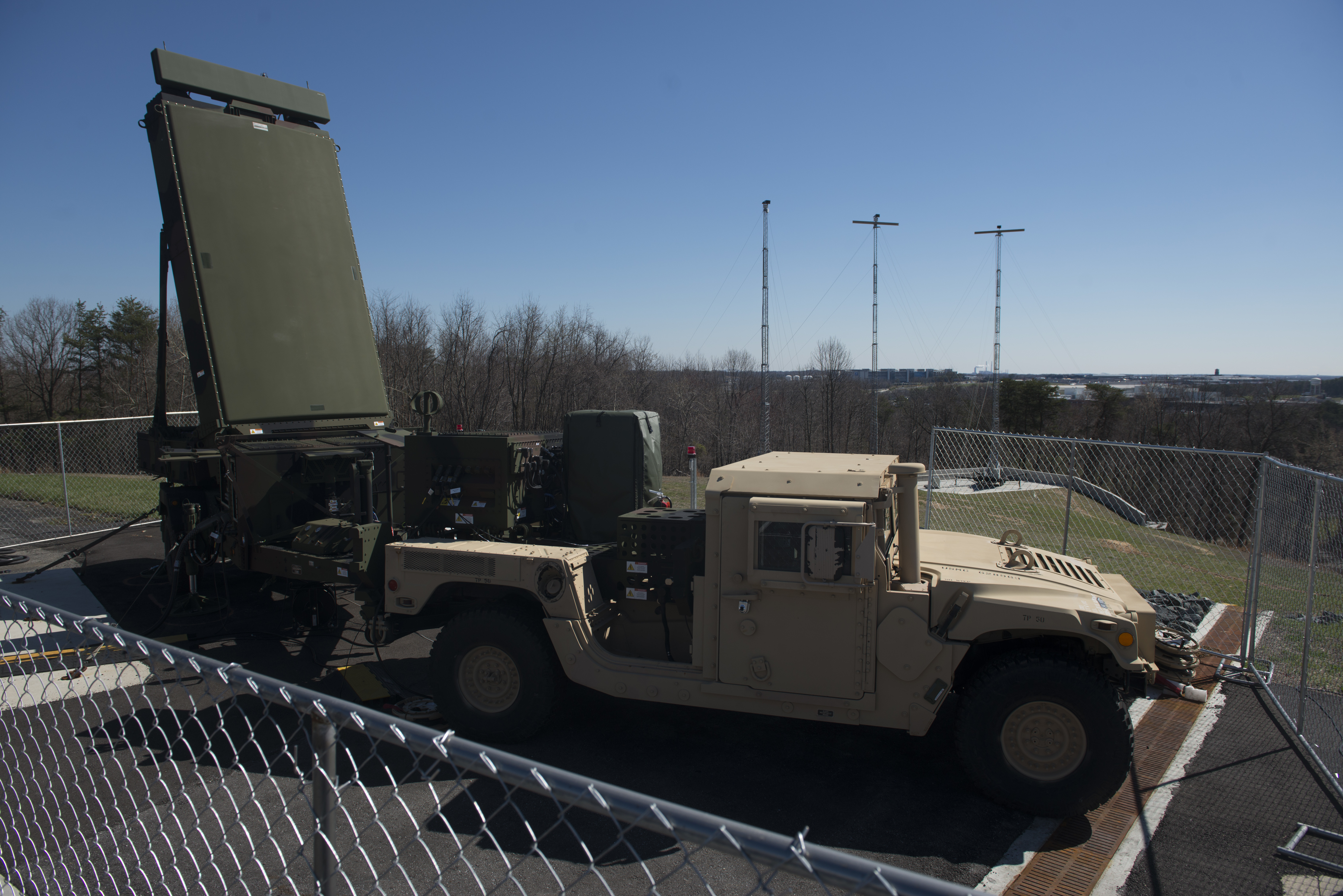 The Marine Corps’ Ground/Air Task Oriented Radar (G/ATOR) is testing both of its mission software sets this summer ahead of fielding and initial operational capability (IOC) early next year, the program office told USNI News.

G/ATOR’s Block 1, which conducts air defense and air surveillance missions, had been in testing at NASA’s Wallops Flight Facility on the eastern shore of Virginia since May and is now set to begin more challenging testing at Marine Corps Air Station Cherry Point. G/ATOR Block 2, which conducts a “ground weapon locating radar mission” to help artillery units locate the source of enemy fires, is in early tests now and will begin formal developmental tests in September.

The Marine Corps has accepted delivery of three G/ATOR units and will accept three more this calendar year.

The first G/ATOR system was delivered in February and began testing at Wallops Island in May, “basically re-verifying that the success we had with the [engineering development model] was recreated with the actual production systems,” deputy program manager Roy Barnhill told USNI News on June 22.

In addition to ensuring interoperability with the Marines’ Composite Tracking Network, “we flew aircraft at the radar, we did all sorts of … tactically significant air profiles, where aircraft fly tactically relevant profiles at the radar, where you have multiple aircraft flying at the radar and they’re executing weave patterns to try to trick the tracker,” Barnhill said.
“The tracker had excellent performance. That was one of the first things I heard when I did a site visit two weeks ago: this tracker is the best that they’ve ever seen.”

The G/ATOR system has been moved to North Carolina, where it will participate in a demonstration with the Marines’ new Common Aviation Command and Control System (CAC2S) before beginning even more challenging testing at Cherry Point’s Atlantic Field.

“At Wallops Island we basically verified that the radar does operate the way we want it to and it sees things at the ranges we want to see, and it sees through challenging radar environments the way we want it to. At Cherry Point we’re going to be doing different things like flying targets at it that we’ve never flown before, military [unmanned aerial systems]; we’re going to be doing some cybersecurity testing, and more of the CAC2S testing.”

At the conclusion of testing, the first and third G/ATOR systems that delivered will be sent to the fleet – to Marine Air Control Squadron (MACS-1) at Marine Corps Air Station Yuma in Arizona and to MACS-2 at Cherry Point – who will participate in an operational assessment led by Marine Corps Operational Test and Evaluation Activity. The results of that assessment will inform Marine Corps leadership’s decision to declare initial operational ability, which is expected around February 2018, Barnhill said.

G/ATOR Block 2 software allows for ground weapon tracking – primarily to identify the source of enemy rockets, artillery and mortars, but also to track Marines’ outgoing artillery during training events. The contract for Block 2 software was only awarded in August 2015, compared to the original contract for the G/ATOR hardware and Block 1 software back in 2007. Barnhill called G/ATOR Block 2 one of the most successful software development efforts he had ever seen and said the progress so far had surpassed his expectations.

Ahead of the Block 2 delivery date in August and a developmental test called DT1D in September, builder Northrop Grumman is conducting a series of tests this summer to reduce risk. One, a Performance Qualification Test, runs the Block 2 software through the second G/ATOR system that delivered to make sure the hardware and software are fully compatible.

That G/ATOR system is being sent to Yuma this week to begin contractor-led testing, where hundreds of rounds will be fired at G/ATOR for the radar to track, ahead of government-led tests from September through late November. Any issues discovered during this contractor-led testing will be sent back to the engineers to be fixed before government developmental tests, but Barnhill said even an early version of the software had been quite impressive.

“This has been one of the most successful software development efforts I have ever seen. We took initial software that Northrop Grumman developed back in November out to the field, and that was in my opinion a tremendous success,” he said.
“I had very low expectations for that initial prototype software that we were going to be testing after only basically 12 months of development working, and I was amazed at the results, it was very positive. We had some warts and scabs where we weren’t doing some things exactly how we’d want to; we’ve been working on those warts and scabs for the past nine months, so I think we’re right where we need to be with G/ATOR Block 2 software development.”

After that developmental test would come the operational assessment and fielding, with an IOC decision expected in the fourth quarter of Fiscal Year 2018.

Barnhill said the G/ATOR hardware was developed with multiple software-based missions in mind, and that open design is what has allowed concurrent work to take place on Block 1 and Block 2 software testing and fielding.

Another mission set, an air traffic control mission called Block 4, is in the G/ATOR program’s requirements but has not yet been funded.

The six systems the Marine Corps will accept this year will complete the first low-rate initial production (LRIP) contract. A second LRIP contract that uses a new semiconductor – an upgrade from gallium arsenide (GaAs) to gallium nitride (GaN) technology that Barnhill said would achieve greater reliability and lifecycle cost savings – is due to deliver by September 2018 but is on track to deliver early. A full-rate production decision is expected in 2019, he said.