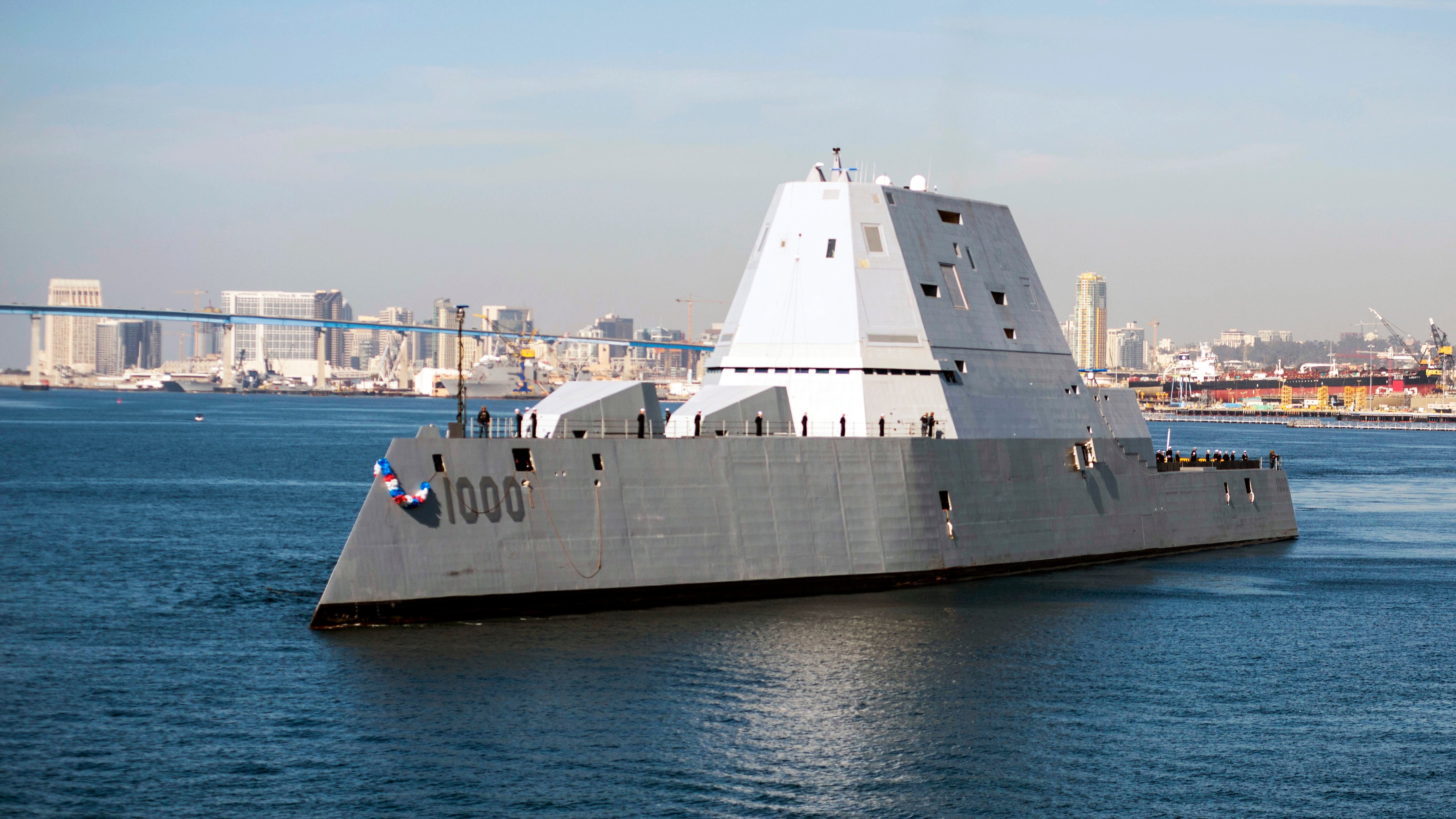 First-in-class destroyer USS Zumwalt (DDG-1000) will head to sea this week to begin testing components of its combat system, in its first sea trial event since arriving in its homeport of San Diego in early December.

Moore said the ship would operate for a few days, engineers would collect some data, and then the ship would return to shore for its scheduled six-month post-shakedown availability. A full at-sea trial will take place after the PSA to test the entire combat system.

This week’s at-sea trial will also be the first opportunity to test the solution the Navy developed for a lube oil coolers failure that sidelined Zumwalt at least twice during its transit from Bath Iron Works in Maine to San Diego in the fall.

Moore said going to sea would allow the Navy to “test out some of the things we fixed in the propulsion plant that we had the challenges when we transited (to San Diego), and then it’s the first opportunity really to turn on some of these systems and go radiate things for the first time and go collect some data, work with Raytheon and make sure that the system is working like it’s supposed to.”

Specifically on the lube oil cooler solution, Moore said engineers had tested the fix pier-side, “but until you can go run the ship up to full power, you never – it’s like when you sit in your car in the driveway, you can turn the car on, it’s running, but until you can take it out on the highway and run it around. So we’ve made some fixes and we think we’ve fixed the design issues there. We haven’t come through everything, but we want to go out and we’ll run her around for a couple days at sea.”