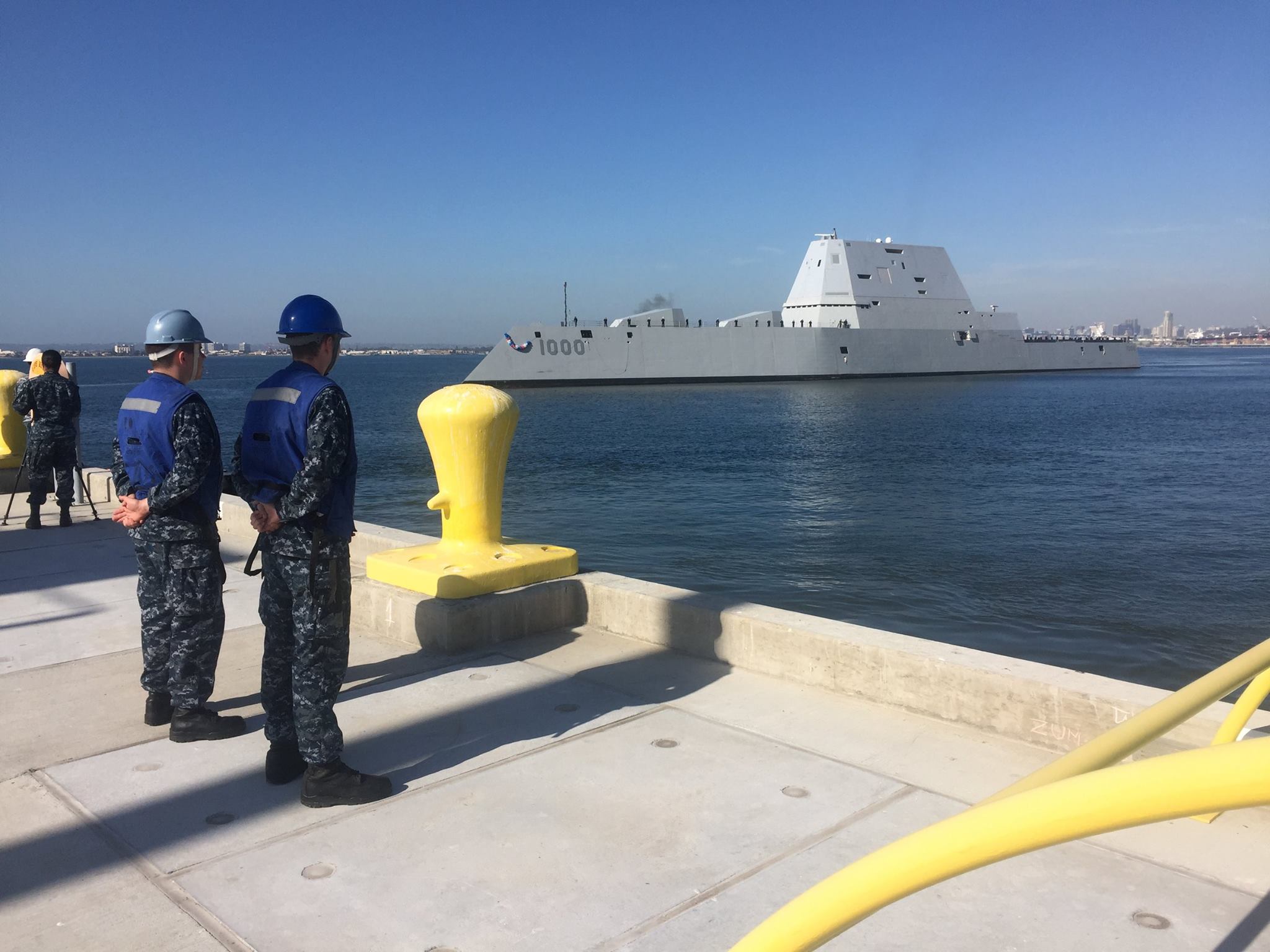 Naval Sea Systems Command is still working on a fix for the engineering problems on USS Zumwalt (DDG-1000) that resulted in the ship breaking down at least twice during its transit from Maine to San Diego – including in the Panama Canal — service officials said on Thursday.

NAVSEA has zeroed in on failures with the ship’s lube oil coolers as the major cause of the difficulties that sidelined Zumwalt at least twice during its three-month transit. Lube oil coolers prevent the lubrication of rotating shafts from breaking down due to heat and friction. In late November water from the coolers seeped in to two of the four bearings that connect to Zumwalt’s port and starboard Advanced Induction Motors (AIMs) to the drive shafts.

“I think what’s frustrated us with DDG-1000 is we’ve had lube oil coolers since Noah had an ark, so what’s the cause there? We’re still really working our way through what the root causes are there,” Vice Adm. Thomas Moore, commander NAVSEA said on Thursday.
“So I think it’s, from our standpoint, it’s a key reminder that these are, even lube oil coolers, even though the ships are complex systems, relatively simple things can cause these ships to have problems.”

According to information provided to USNI News by NAVSEA, the service is analyzing the lube oil coolers at the Naval Surface Warfare Centers in Philadelphia and Carderock.

“Root cause analyses related to casualties experienced during the ship’s transit are ongoing, and results will be leveraged in the development of long-term corrective actions for this ship class,” read a statement provided to USNI News.

Zumwalt’s engineering woes began when in route to Naval Station Norfolk, Va. and the crew found the saltwater in bearings on the ship.

The ship suffered a similar incident when it was transiting the Panama Canal resulting in both shafts locking and the ship losing steerage. Zumwalt suffered minor damage after scraping against a lock wall and had to be towed to undergo additional repairs.

The ship suffered an additional casualty on its way to San Diego and came in under propulsion restrictions.

As of this week, NAVSEA officials said while the fix is under consideration, it would likely be completed by the time the ship begins the work for its combat system activation period.

“I feel pretty confident we’re going to come through these and we’ll have the fix in place by the time we get through the combat system activation industrial period that’s getting ready to get started in San Diego in the March timeframe,” Program Executive Officer Ships Rear Adm. Bill Galinis said on Thursday.

Two more ships in the class are currently under construction at General Dynamics Bath Iron Works shipyard in Maine.

The following is the complete NAVSEA statement to USNI News on the ongoing work to fix the engineering problems on USS Zumwalt (DDG-1000).

During USS Zumwalt’s (DDG 1000) transit from the Bath Iron Works Shipyard to its homeport of San Diego, seawater contamination in two propulsion motor bearing lubricating oil sumps was discovered. Prior to arrival at its homeport, In-Service Engineering Agents (ISEA) and Original Equipment Manufacturers (OEM) worked alongside ship’s force to perform repairs which required replacement of the lubrication oil coolers and flushing of the affected lubrication oil.

Though systems are tested at sea during a period of trials prior to sail away and transit, sail around provides the ship’s force and OEMs a first opportunity for long-term operation of all the ship’s systems. It is not uncommon for first-of-class ships to identify deficiencies and undergo repairs during underway periods following construction. Root cause analyses related to casualties experienced during the ship’s transit are ongoing, and results will be leveraged in the development of long-term corrective actions for this ship class.

With USS Zumwalt in San Diego, a study team has been stood up to conduct analyses related to the casualties experienced during the ship’s transit. Engineers from the Naval Sea Systems Command (NAVSEA) are working alongside the OEMs and contractors to evaluate root causes, conduct testing and identify solutions. Forensic analysis of the AIM lube oil coolers is ongoing at Naval Surface Warfare Center Philadelphia Division (NSWCPD) and Naval Surface Warfare Center Carderock Division (NSWCCD).

–Megan Eckstein contributed to this report.