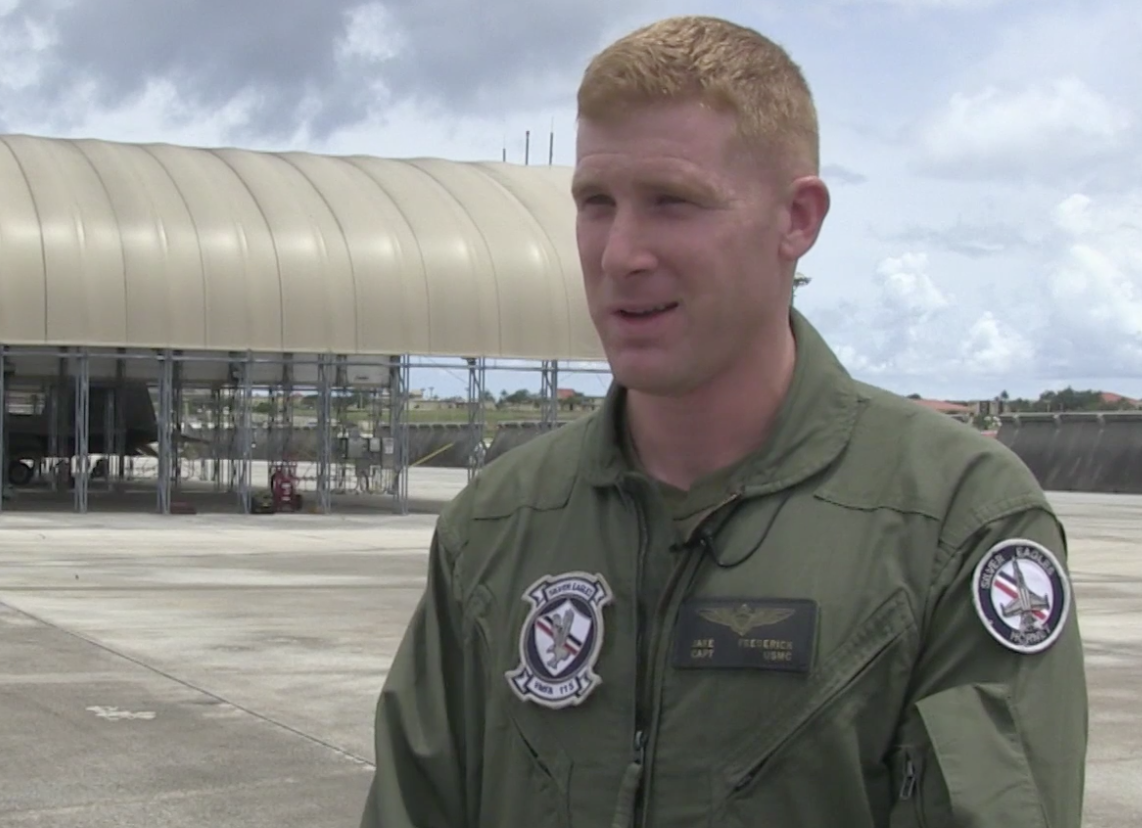 The Marine who died in a Wednesday F/A-18C Hornet crash off of Japan has been identified by his family, according to a Thursday report in Stars and Stripes and confirmed by USNI News.

The plane crashed about a 120 miles southeast of Iwakuni, Japan when Fredrick ejected about 6:40 p.m. local time on Wednesday.

Donna Frederick told Stripes he was flying with a wingman when the crash occurred and the second Hornet stayed on station before running low on fuel.

A Marine Corps spokeswoman said the service would not confirm any additional details until 24 hours following next-of-kin notification.

According to the Stripes report, Fredrick was originally from Texas and attended the University of Texas in Austin before commissioning in the service.

The loss of the Hornet is the latest in a string of F/A-18 crashes. Readiness in the Marines tactical aviation is at a low given flat budgets and a higher than normal operational tempo.

U.S. Marine Corps commandant Gen. Robert Neller told reporters at the U.S. Naval Institute’s Defense Forum Washington that the rate of Marine aviation mishaps was higher than last year but, “not statistically off the wall.”

“That doesn’t mean it’s good news, particularly on what happened to… the pilot,” he said.

In November, two Hornets crashed during a training mission over California. Marine Fighter Attack Squadron (VMFA) 232 has lost three Hornets in crashes over the past year and a fourth Hornet from the Blue Angels squadron was lost in a fatal crash this summer.