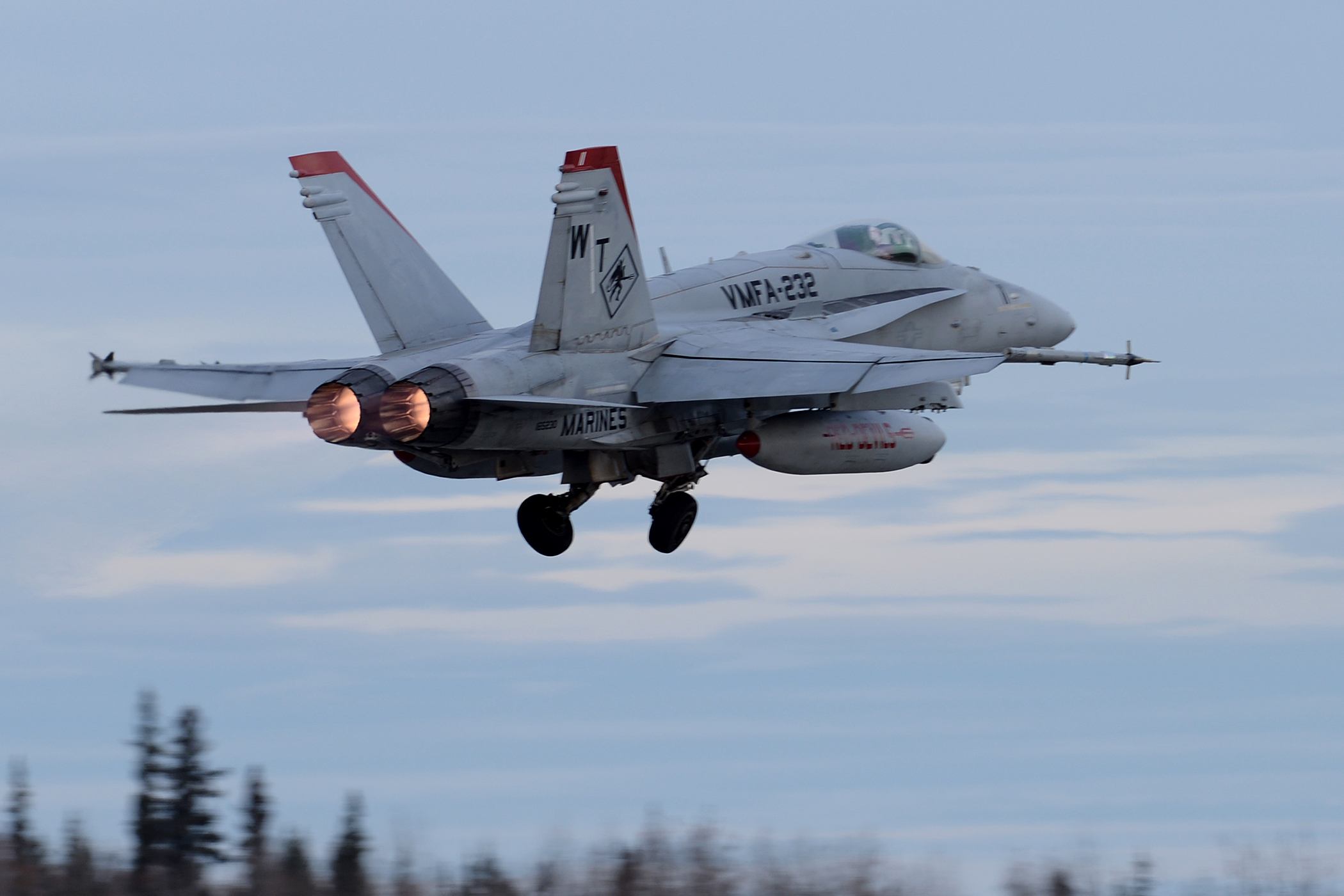 Two Marine Corps F-18 Hornets collided mid-air during a training mission today near San Diego, and both pilots are now in stable condition, the service announced.

The two single-seat planes from 3rd Marine Aircraft Wing based in Marine Corps Air Station Miramar, Calif., were training over the water near San Diego when they crashed into each other around 11:43 a.m. (PST), according to a Marine Corps statement. One pilot safely landed at the nearby Naval Air Station North Island. The other ejected from the airplane over the water. Search and rescue helicopters from aircraft carrier USS Carl Vinson (CVN-70) received a distress call at about 12:11 p.m. and recovered the pilot at 12:41 p.m., about an hour after the crash.

Both pilots are in stable condition and were taken to medical facilities for observation, the MCAS Miramar/3rd MAW news release notes. The cause of the crash is under investigation.

As Marine Aviation tries to build back its readiness after high operational tempos and spending caps stretched the pilots and the airplanes, Hornet crashes over the last year have further depleted the number of available airplanes for training and operations. Over the summer, a spokeswoman told USNI News that the service had 85 Hornets available for training, compared to a requirement for 171. Marine Fighter Attack Squadron (VMFA) 232 alone lost three Hornets in crashes over the past year, and a fourth Hornet from the Blue Angels squadron was lost in a fatal crash this summer.