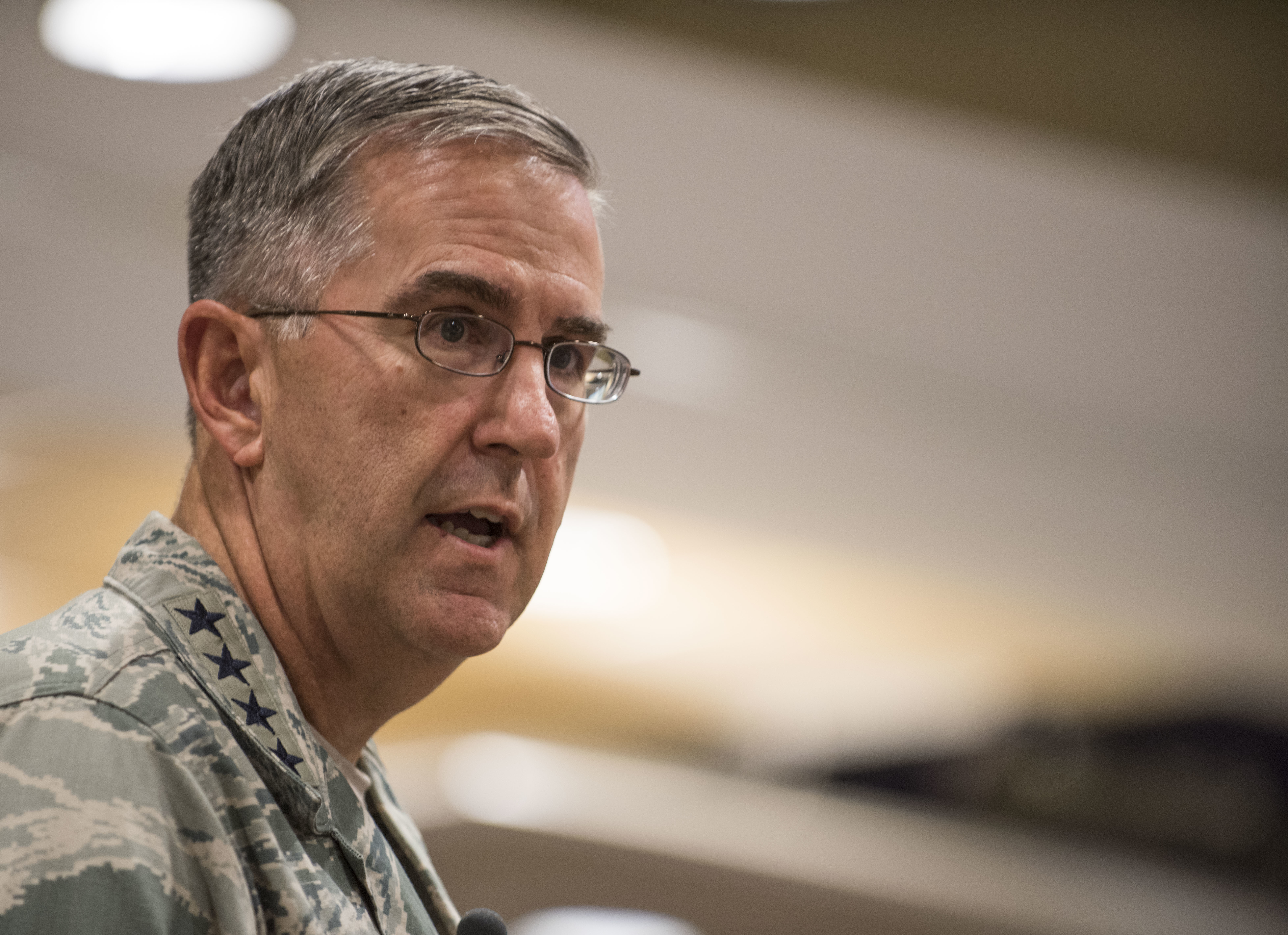 The Air Force general nominated to head U.S. Strategic Command told the Senate Armed Services Committee he is concerned about North Korea testing a new, more powerful rocket engine that could be used to deliver nuclear weapons that threaten the United States.

Gen. John Hyten, currently the commander of the Air Force Space Command, said at a committee nomination hearing today that Pyongyang’s nuclear weapons and missile programs appear to be in their early stages, but he reminded the panel that the United States “had failure, after failure, after failure” before succeeding in fielding a nuclear triad.

The question is, “after they get those capabilities, what are they going to do with them?” he told the SASC members.

While calling Russia and China the leading potential adversaries across the strategic spectrum, Hyten said “the most concerning are North Korea and Iran.”

Iran “continues to be the foremost state sponsor of terrorism” and is continuing to test new ballistic missiles with longer ranges, he said. Hyten quoted an Iranian official saying Tehran is “building this capability to threaten Israel.” The missiles’ longer ranges could also strike Europe, he said in response to a question.

As for North Korea, he said “unpredictability is the hardest to deter.”

Hyten said his military advice would be that all adversaries, including non-state actors, need to understand that the United States’ strategic capability – including cyber and space – is “visible, powerful and ensures [they] think twice” before taking any hostile action.

In answer to a question, he said Moscow’s and Beijing’s military modernization programs are “a direct response to what we’ve been doing over the last 20 years,” particularly with conventional forces.

“They have also watched the power of our alliances and partnerships” in providing effective deterrence and action when needed.

Russia’s and China’s layered approach to electronic warfare is a lesson learned from the United States’ ability to leverage the electromagnetic spectrum, as well as cyber and space, for an operational advantage, Hyten said.

He several times voiced his support for modernizing all elements of the nuclear triad, including command and control, as well as weapons and platforms. On the Ohio-class ballistic missile submarine replacement, Hyten said the “age of both the reactor and the ship” made it “essential we have a new submarine to replace it” in the future.

Still, strategic program modernization “should not be looked at as a blank check,” he said, noting the need to define requirements and “do it smartly.” Nuclear programs typically account for between 3 and 4 percent of the defense budget, Pentagon officials have testified, and nuclear triad modernization efforts would raise that to about 6 percent of the defense budget He praised the Air Force for leveraging Navy missile technology developments in the service’s missile replacement effort, helping to save time and money.