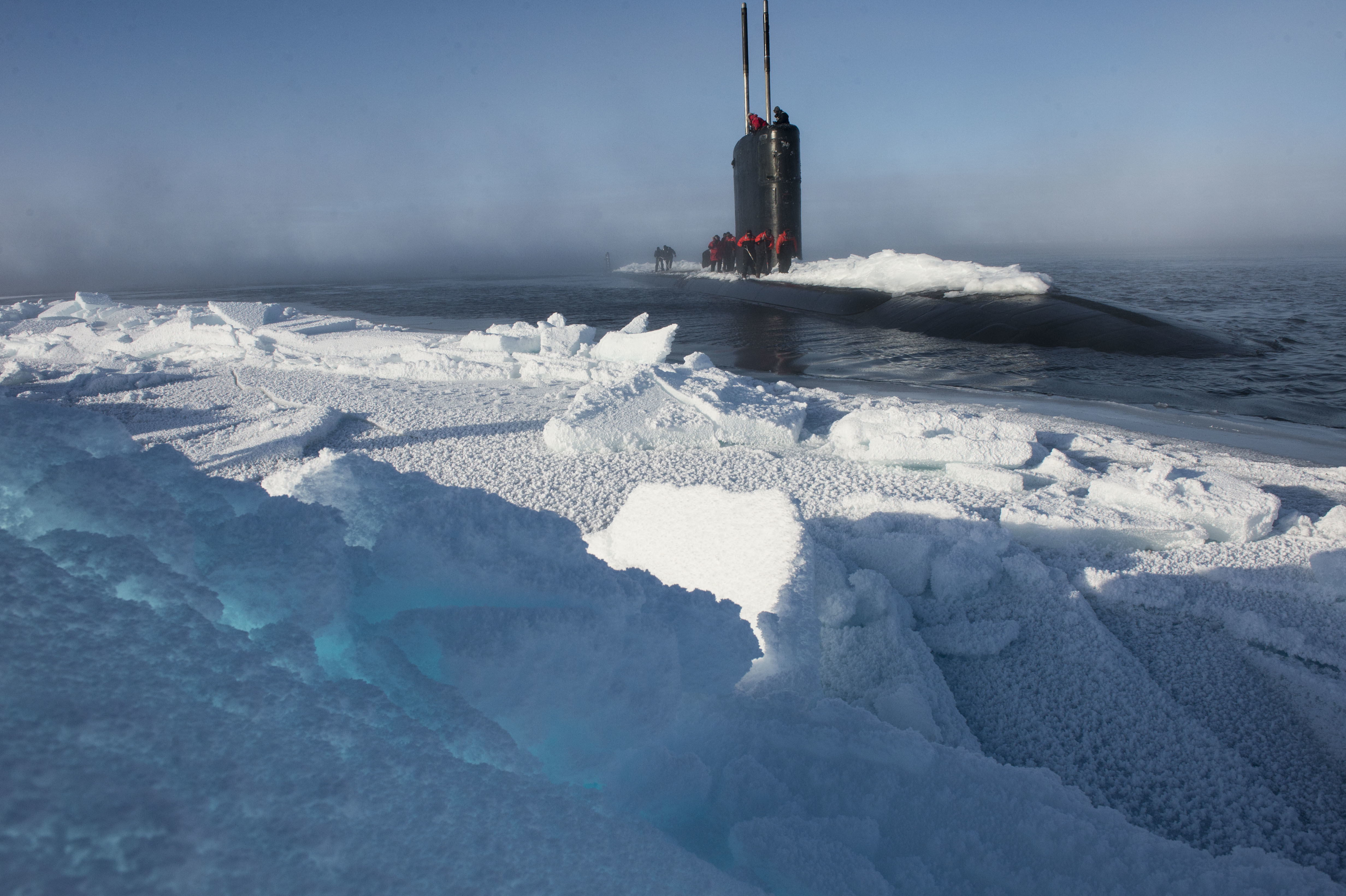 The U.S. Navy’s presence in the Arctic region has been limited due to constrained budgets and urgent needs elsewhere in the world, the chief of naval operations said, but future ships should still be designed with potential Arctic operations in mind.

Adm. John Richardson said today at the Center for American Progress that melting polar caps would have a profound impact on how the Navy does business. Not only will currents and coastlines change, northern sea lanes will be open for longer durations and will therefore change the flow of commercial shipping around the globe – if mariners can avoid current chokepoints such as the Strait of Malacca and take northern routes instead, naval presence could need to be refocused.

Richardson said the Navy maintains a persistent presence in the Arctic region to maintain a familiarity with the geography and learn how to operate in such an extreme environment – as well as to conduct environmental, security and other research.

“We’ve got sort of a persistent presence in the Arctic, mostly it’s been sort of undersea – so our submarine force has done an exercise in the Arctic every other year where we surface one or more submarines through the ice set up a base camp up there,” he said.
“We’ve also got aircraft and those sorts of things, so it’s primarily been limited to that. It’s a difficult place to operate, it’s really cold up there, and then communications and everything else become difficult, navigation. There’s some unique challenges to operating up there.”

But given the more urgent requirements around the globe – particularly as it relates to the “four-plus-one” threat set of Russia, China, North Korea, Iran and terrorist networks – Arctic presence in recent years has been “a resource-constrained approach, I would say. So while we don’t want to ever lose our connection with the Arctic, we’re going to keep it… it’s going to be on a resource-constrained basis. We’ll get up there as often as we can, but the demand on the Navy in those other areas is acute and is already stretching the Navy that we have.”

Despite the lower presence levels today, Richardson said that ignoring a future Arctic mission while designing the next generation of surface combatant would be “narrow thinking on our part.”

The Navy is currently looking at how to replace its guided missile cruisers and destroyers and its Littoral Combat Ships, which could result in a family of surface combatants. Richardson said at the event that some aspects of the ship will be designed in from the beginning and stay with the ship for life – its energy generation, propulsion, hull design and others – whereas the Navy is pushing to make as many other features “modular and modernizable” to take advantage of new technologies.

Many areas of Arctic operations that challenge the Navy today – navigation at extreme latitudes, communications and others – would all fall into the modular category of systems. Navy spokesman Cmdr. Chris Servello told USNI News after the event that the Navy is still looking at what features of the future surface combatants would be modular versus designed into the ship for life, and therefore when discussions about being Arctic capable would need to start taking place.

“The Arctic is going to be a different kind of a theater in the future, and if we neglect the fact that we’re going to be operating in the Arctic as we design this new class of ship, that’s just narrow thinking on our part,” Richardson said.

Richardson also took the opportunity to advocate for signing the United Nations Convention on the Law of the Sea (UNCLOS), saying that “it strikes me that we need to be even stronger advocates for a rule set, whether it’s UNCLOS, or that in combination with others, that will govern how we manage this opening opportunity or opening challenge (in the Arctic). And without coming to a consensus on a rule set and advocating for that through the same measures – presence – that visibly show that we support those things, it’s going to be much more chaotic than it needs to be.”