A U.S. Navy patrol coastal ship was harassed by seven Iranian vessels on Sunday and narrowly avoided colliding with one, in the latest in a string of incidents in the Persian Gulf.

Three of the FIACs maneuvered close to Firebolt, mirroring the ship’s course and speed at a distance of about 500 yards for about eight minutes before leaving. Another FIAC then sped towards Firebolt and stopped directly in front of the ship, causing the Firebolt crew to maneuver to avoid a collision. The U.S. ship and Iranian FIAC came within 100 yards of one another, the defense official said. 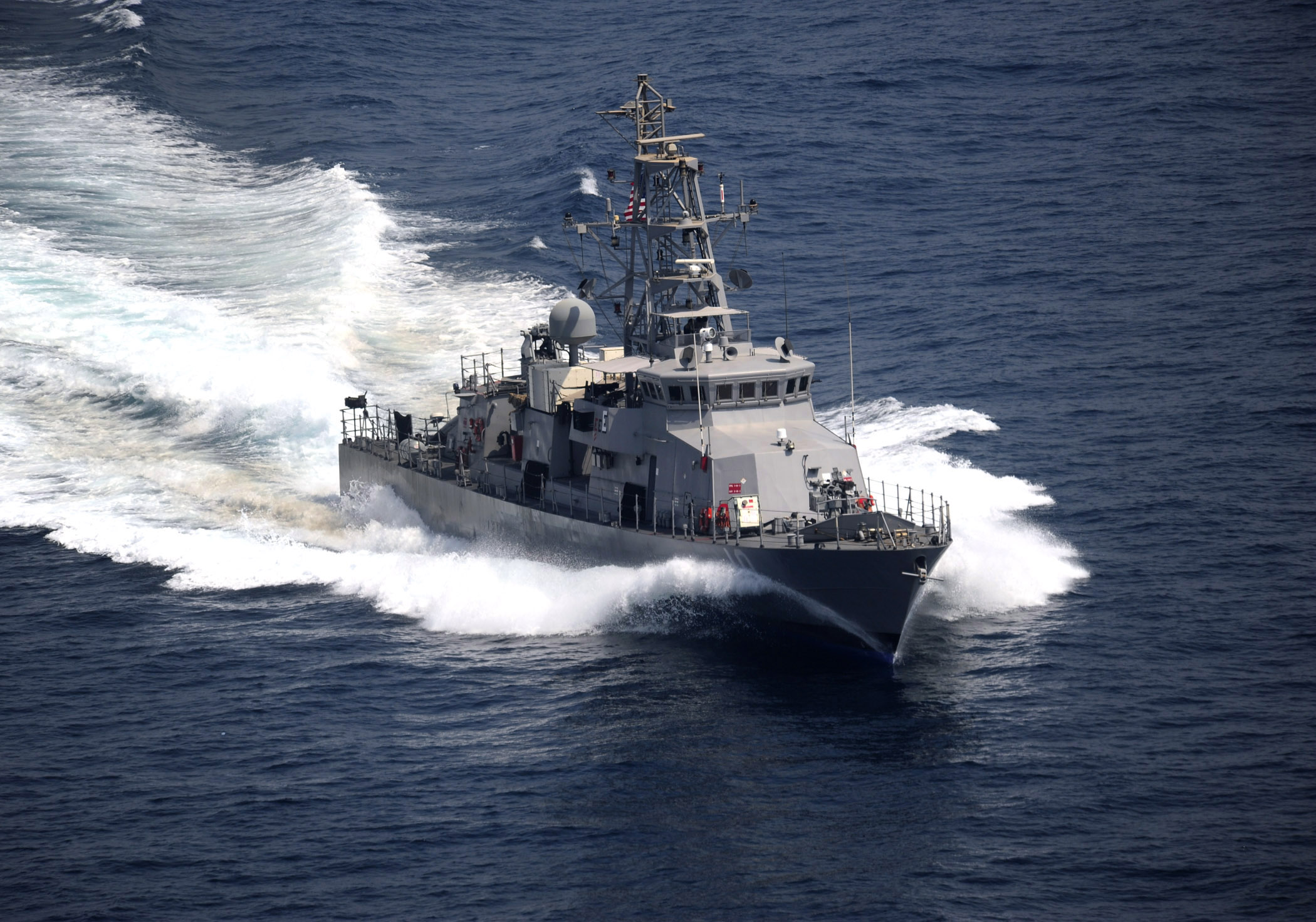 Cyclone-class coastal patrol ship USS Firebolt (PC-10) is underway during an exercise in 2011, US Navy Photo

During the incident, the Firebolt crew attempted radio communication three times to understand the Iranians’ intentions, but the FIAC crews never responded. The FIACs’ crew-served weapons were uncovered and manned but untrained during the encounter, the official said.

U.S. Naval Forces Central Command (NAVCENT) called the interaction unsafe and unprofessional due to the lack of communication and harassment at close range, which increases the chance of collision, the defense official said.

“The Iranian’s unsafe maneuvers near a United States ship operating in accordance with international law while transiting in international waters created a dangerous, harassing situation that could have led to further escalation including additional defensive measures by Firebolt,” the official told USNI News.
“This type of incident would have led NAVCENT to recommend that the State Department deliver a diplomatic message of protest if this interaction had been with a country with which the United States had an official diplomatic relationship.”

Separate from the regular Iranian Navy, the IRGCN answers directly to the Iranian sectarian government and is given blanket leave to act “boldly and courageously” in the performance of its duties, a former defense official told USNI News. Since 2007, the IRGCN has been in charge of Iran’s costal defense since then has precipitated several international maritime incidents in and around the Persian Gulf.