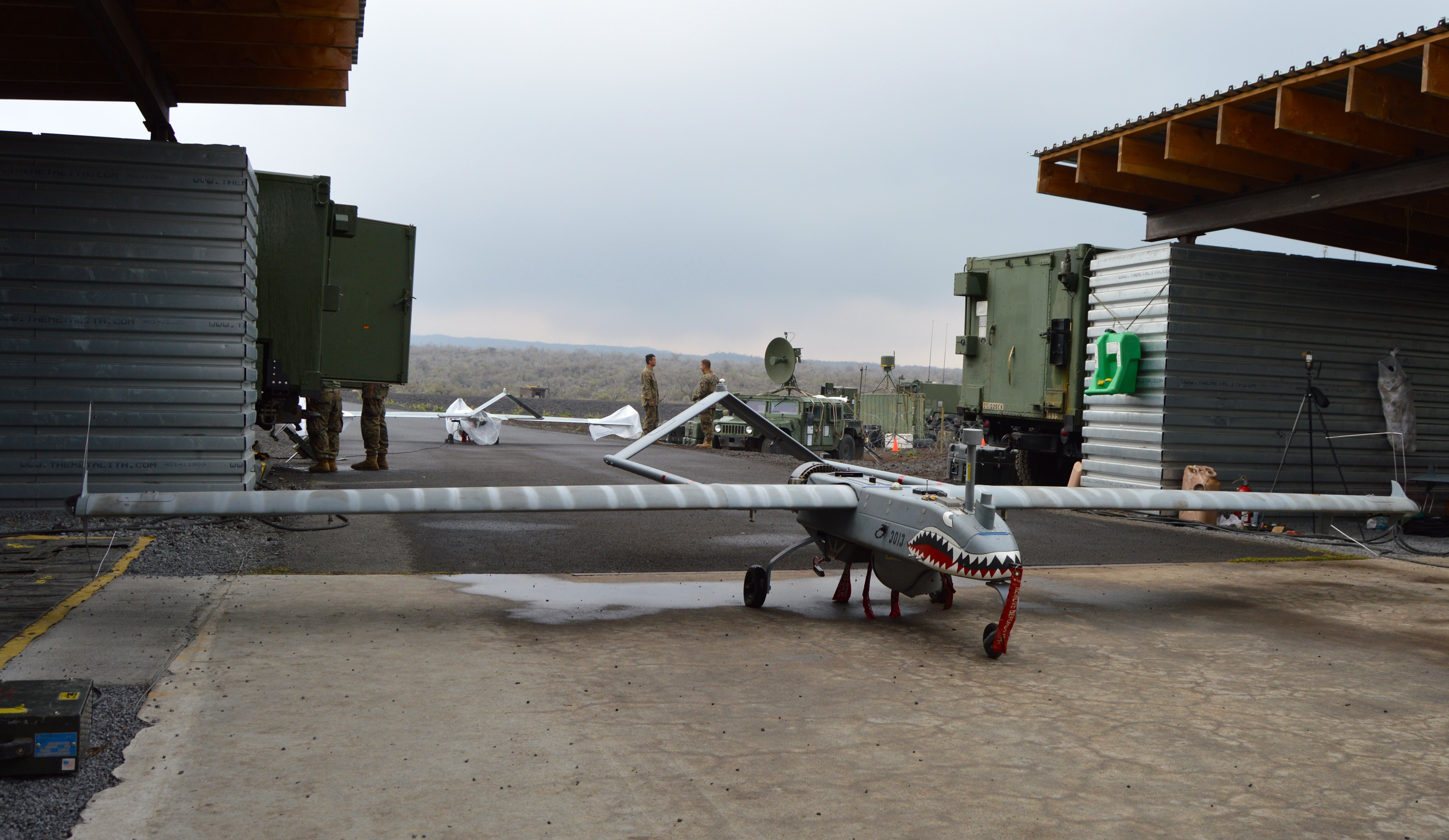 POHAKULOA TRAINING AREA, ISLAND OF HAWAII – The RQ-7B Shadows of Marine Unmanned Aerial Vehicle Squadron (VMU) 3 are flying in the Hawaiian skies during the Rim of the Pacific exercise for the first time, bringing a new forward observer and artillery-calling capability to the amphibious force despite being build to support ground troops.

The Shadow is a 450-pound Group 3 unmanned aerial vehicle that, unlike its cousin, the RQ-21 Blackjack, cannot take off from or land on an amphibious ship at sea – rather, the Shadow system is transported via Humvees and requires a 710-foot runway on the ground. Still, the system has proven itself in combat in Iraq and Afghanistan and could play a significant role in disaster relief missions, so the newly operational VMU-3 was invited to join the RIMPAC 2016 amphibious exercise.

VMU-3 executive officer Maj. Jarrod Larson said from a remote air strip at the Pohakuloa Training Area on the island of Hawaii that the Shadow system is “designed to be able to move with that forward element on the battlefield – set up, fly, break down, pack up, load everything on our trucks, move to the next location, set up, fly.” That mobility, coupled with the amphibious force’s mobility in rapidly transporting those same Humvees from ship to shore via surface connectors and helicopters, makes the Shadow a flexible asset to supplement what the amphibious force wants to do once ashore.

VMU-3’s operation center at the Pohakuloa Training Area on the island of Hawaii consists of an operations tent, where the UAV controller and the payload controller work, along with truck-based work stations for the mission controller to communicate both with his team and with outside aircraft and ground forces. USNI News photo.

“One of the things we’re designed for and we do really well is that forward observer role,” Larson said.
“So we can go very deep in the battle space and call for fire with either artillery, fires or with other aircraft, and relay those targets to either the ground controllers or actually control and observe those fires ourselves. … We’re getting that deep battle space penetration without putting any actual Marines or soldiers or sailors in harm’s way. If they shoot this thing down, yeah it’s an asset lost and it’s not a good thing, but at the end of the day nobody’s hurt.”

To that end, the squadron rehearsed two main missions during RIMPAC. First is the artillery call for fires mission, with the UAV flying forward of the ground troops and spotting and adjusting follow-on rounds.

“Just like if we were on a hill somewhere with a set of binoculars sighting in on the target, we give them that full call for fire and we spot the rounds, so as the adjustment rounds come in we tell them left, right, add, drop, just like a ground observer would,” Larson explained, saying the UAV can also provide imagery for a battle damage assessment afterwards.

The second mission at RIMPAC is working with the joint terminal attack controllers (JTACs) for close-air support missions, “where the JTACs are using our sensor and our laser to help guide live weapons down on the range,” with both AH-1/UH-1 helicopters and F/A-18 Hornets dropping ordnance. 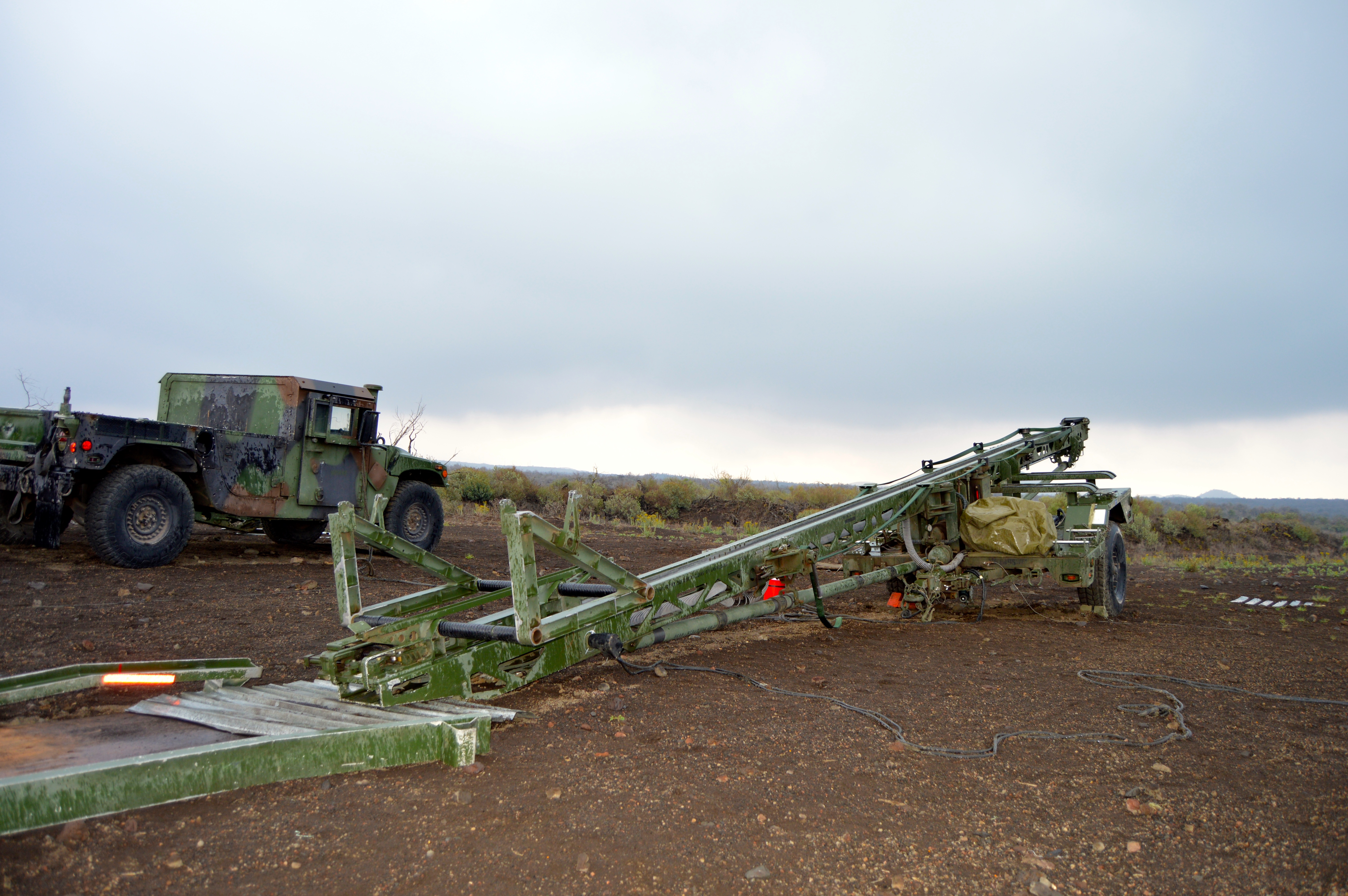 The RQ-7B Shadow is launched by a catapult, which is towed by a truck or Humvee to the launch zone. USNI News photo.

Larson said the Shadow system was used frequently and successfully by the Marine Corps and Army in Iraq and Afghanistan, but work in the Pacific presents new challenges – particularly the weather. The Shadow is not meant to fly through rain and the sensors cannot see through clouds, which somewhat limit operations at the high-altitude Hawaiian training area and at rainy Kaneohe Bay. The Shadow will not support sea-based operations – the Blackjack instead will be integration into the Marine Expeditionary Unit to sail aboard three-ship Amphibious Ready Groups – but Larson still called the Shadow a “very very capable system at the end of the day” and said there are further potential uses for it within the focus areas of RIMPAC.

For example, the first portion of RIMPAC revolves around a humanitarian assistance/disaster relief scenario. Larson said the Shadows did not participate in that portion this year but could be an important asset in real-life HA/DR missions.

“The reason why they use Hueys (for HA/DR missions) is they can go out and survey the damage, and they’re flying out of possibly unimproved places, places that are damaged, and they’re going to other places that are damaged that we don’t have good aerial intel,” he said.
With the Shadow UAVs, “I can stay airborne for nine hours and fly out to 60 nautical miles, so if I get a little piece of runway cleared where I can operate, now we can do that again without putting those human lives at risk. We can go out, we can stay airborne for a long time, we can do route surveys, survey the roads, survey trouble spots, get eyes on other potential external airfields – if we’ve lost all communication with this runway out there, we launch, go take a look at it. So huge, huge potential disaster relief applications.”

The human safety element is very real for Larson, who worked at 1st Marine Air Wing when it deployed to Nepal last spring after a 7.8-magnitude earthquake hit the mountainous country. A UH-1Y Huey crashed in the mountains during the HA/DR response, killing the six Americans and two Nepalese onboard.

Larson said his UAVs would never replace manned helicopters in that scenario but could be used for particularly dangerous areas or missions.

“I can’t take a bunch of water along with me and stop in and drop it off and say ‘don’t worry, we’ll be back with more.’ You can do that in a Huey, you can’t do that with this – but also, then again, we can go out and not put humans at risk,” he said.
“We will never replace the helicopters in that role specifically because I cannot carry supplies. In a disaster relief scenario, a huge portion of properly managing that scenario is keeping confidence in the people on the deck that help is coming – ‘people know that you’re in trouble and help is coming; stay calm, keep abiding by the rules, don’t turn into Lord of the Flies.’ I can’t reassure someone from this (UAV). A Huey comes in and a guy with a lot of shiny stuff on his collar or a civilian worker or the president comes in and starts shaking hands and says,’ village elder or whoever, I know you’re in trouble, we have help coming, I just need you to hang on one more day.’ They can do that from a helicopter, we can’t.” 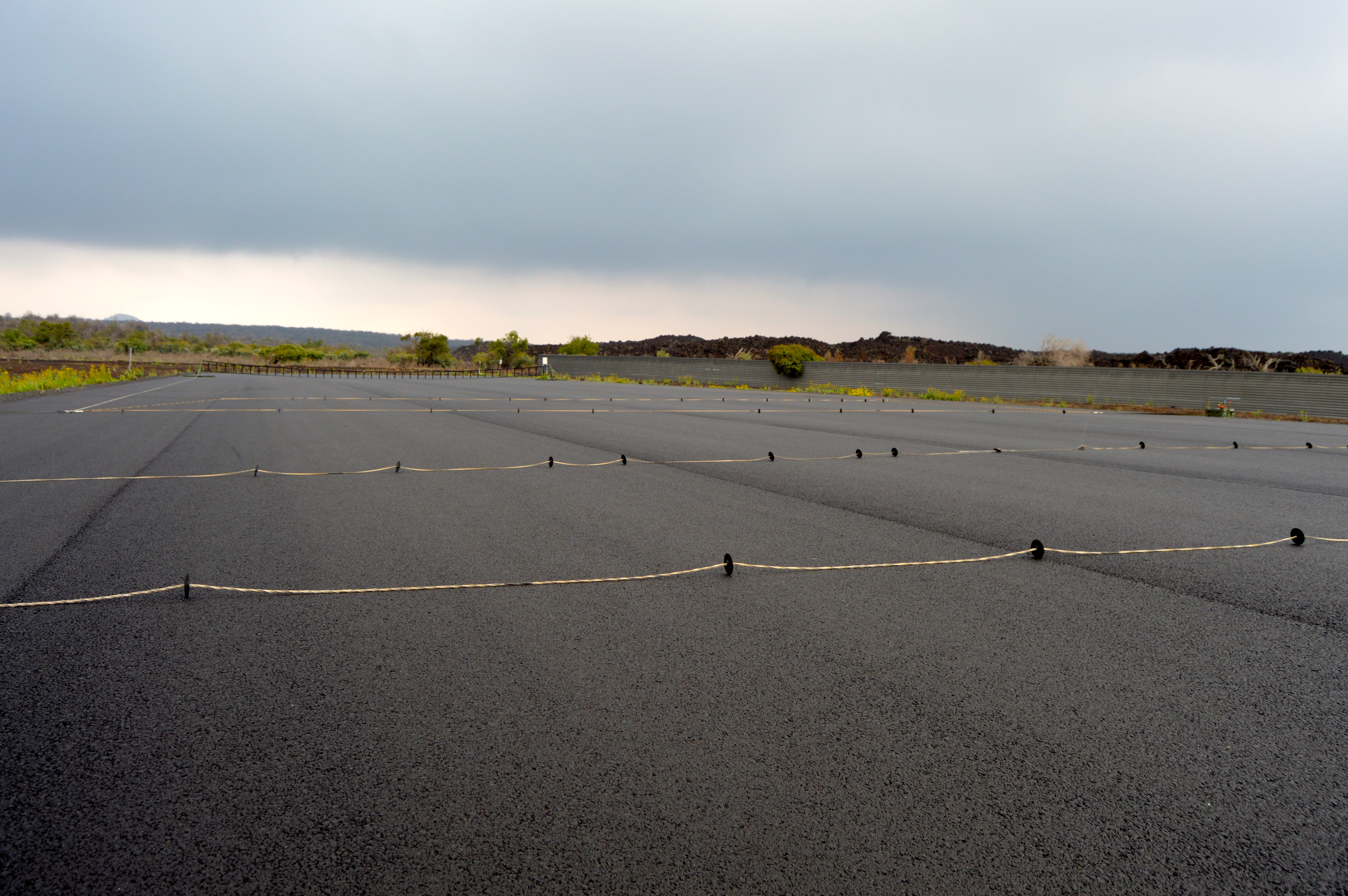 The RQ-7B Shadow is flown to an “acquisition window,” where the landing system automatically detects the UAV and lands it on a runway. Four wires are stretched across the end of the runway for the UAV’s tailhook to catch, much like a plane landing on an aircraft carrier. USNI News photo.

VMU-3 began its move to Kaneohe Bay in June 2015 and reach full operational capability in December 2015, Larson said. Its focus now is the Shadow UAV. Its East Coast counterpart, VMU-2 at Marine Corps Air Station Cherry Point in North Carolina, has the Shadow but is currently focused on bringing in the Blackjack system and integrating it into the MEU for future ship deployments. VMU-1 in Yuma, Ariz., will get the Blackjack next, and VMU-3 will be the last to integrate the second UAV system, Larson said.