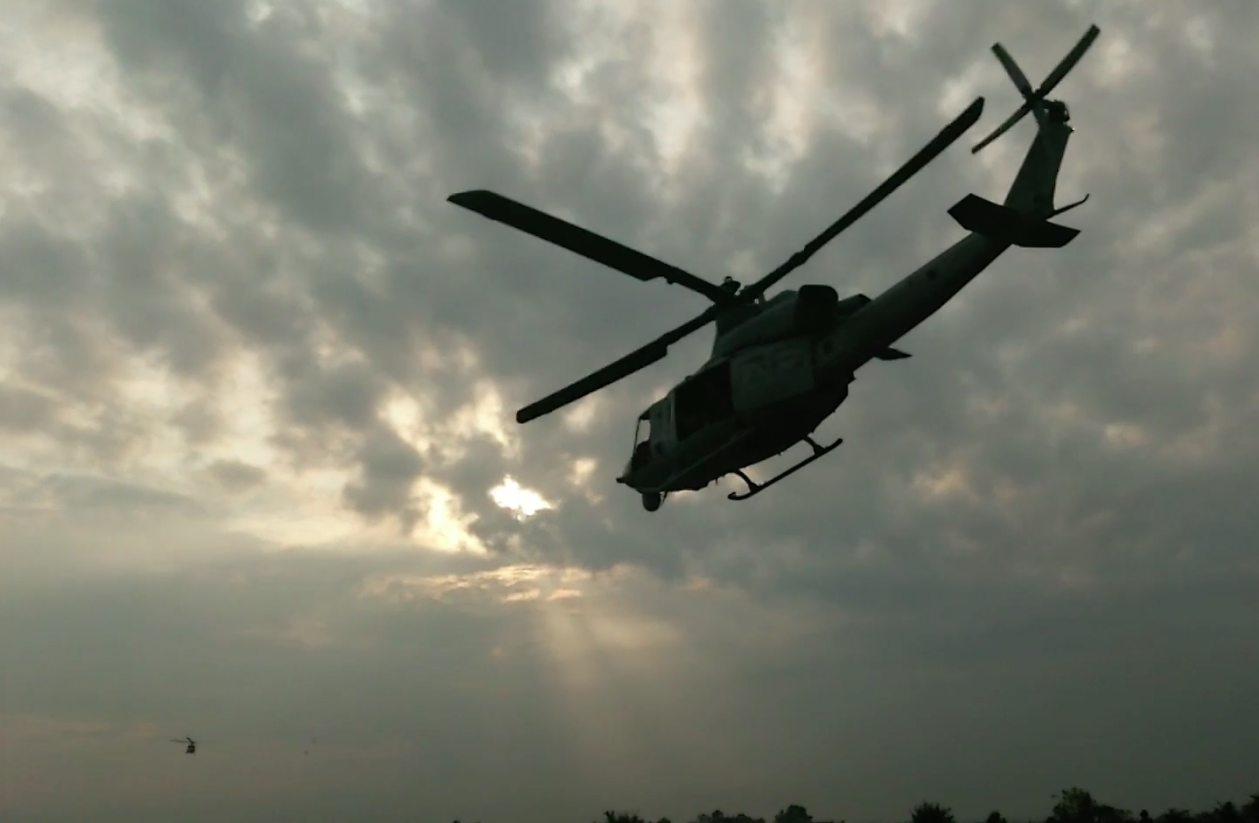 Military officials on Sunday released the names of the six Marines who died when a UH-1Y Huey helicopter that crashed in Nepal during a humanitarian mission on Tuesday.

The Marine helicopter belonged to Marine Light Attack Helicopter Squadron 469, based at Camp Pendleton Marine Corps Base in California.

“Our thoughts and prayers are with the Marines and their families as we all mourn this tragic loss of life,” Marine Corps Installations-Pacific officials said in a news release.

The Marine Corps made the official announcement in a Twitter posting Sunday that read: “Honor the Fallen: Names of 6 Marines who died in UH-1Y Huey crash in Nepal released. Semper Fidelis, Marines.”

The cause of the mishap has not been determined.
“Together we mourn as our nation and the Federal Democratic Republic of Nepal have lost eight courageous men who put the needs of others ahead of their own. These men were professionals, committed to the mission, and it is their dedication and sacrifice that helps define both our militaries,” Adm. Samuel Locklear, who heads the U.S. Pacific Command, said in a statement Sunday.

“Days like today are some of the hardest we face as service members and frankly, as human beings,” Locklear said. “As a commander, I never want to see this kind of tragic loss, but it serves as a reminder that I am fortunate enough to be allowed to serve along-side the best and brightest the United States of America and our partner nations have to offer.

“These men served their countries proudly as Nepalese Soldiers and United States Marines. Our thoughts and prayers are with their families, and our priority right now is to take care of these families and to ensure they have all the support they need during this critical time,” he said. “Even during this time of loss, I know those we mourn today would expect us to continue on with the mission in Nepal and continue working with our Nepalese partners to help take care of the people of Nepal just as they were doing when this tragic event occurred. And we will do just that.”

U.S. and Nepalese teams had found eight sets of remains after they resumed recovery efforts Saturday, Joint Task Force 505 officials said May 16. The helicopter wreckage was located about eight miles north of Charikot, in the Dolakha district of Nepal, according to JTF-505.
Nepalese special forces, U.S. Marines, and Air Force pararescuemen were inserted near the wreckage site to gather information about the helicopter and its crew. Harsh weather had hampered initial recovery efforts as crews battled harsh weather and rough terrain to reach the site, Pentagon spokesman Army Col. Steve Warren told reporters Friday.

The Huey went missing May 12 near Charikot while helping deliver humanitarian aid to those affected by the recent earthquakes in an area about 85 miles east of the capital city, Kathmandu. The helicopter was part of JTF-505 conducting humanitarian assistance in Nepal after a 7.8-magnitude earthquake struck April 25.

U.S. military crews participating in Operation Sahayogi Haat have continued to provide aide to the affected region even as recovery teams searched for the missing helicopter. The U.S. and Nepalese service members aboard the Huey “were determined to go forward with their duties, eager to contribute to our mission to alleviate suffering and come to the rescue of those in need,” U.S. Marine Lt. Gen. John E. Wissler, the Joint Task Force 505 commander, said during a May 15 press conference. “The United States military will remain committed to our mission here in Nepal.”

A UH-1Y Huey arrived in Nepal today to replace one of the two remaining Hueys deployed May 16 in support of Operation Sahayogi Haat. A second UH-1Y is expected to arrive in Nepal May 17 to replace the other remaining Huey. Officials said the aircraft are scheduled for routine maintenance and the arrival of the new helicopters ensures uninterrupted support for the humanitarian assistance mission.

The crew and helicopter that crashed in Nepal had been detoured there while participating in Balikatan 2015, a large-scale joint military exercise underway in the Philippines.

Officials said a site assessment and a thorough investigation will be done to determine why the helicopter crashed.