China and Russia are set to drill in the South China Sea in September, according an announcement from Beijing.

“Held on both land and sea, the drill is a routine one between China and Russia, and does not target any third party, according to the statement.
“The drill will consolidate and develop the China-Russia comprehensive strategic partnership of coordination, deepen pragmatic and friendly cooperation between the two militaries, and enhance the capabilities of the two navies to jointly deal with maritime security threats.” 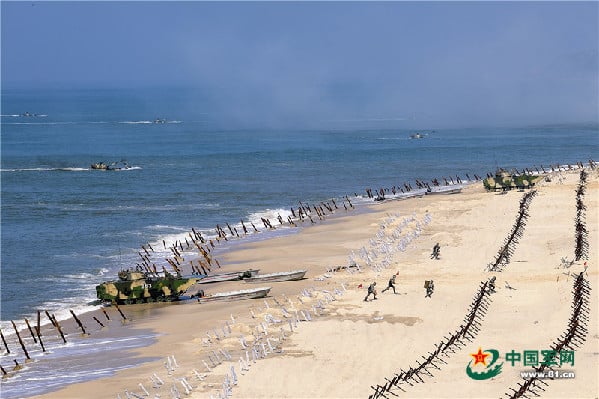 Yang did not indicate the size and scope of the exercise in the statement.

InN addition to the joint drills off Vladivostok, last year the Chinese and the Russians drilled in the Mediterranean Sea and two Chinese ships frigates visited the Russian Novorossiysk naval base in the Black Sea.

While Chinese officials say the drills don’t target a third party, Russian leaders have made it clear the bilateral exercises in the Pacific are in part to provide a security partnership to the U.S. for countries in the region.

“We believe that the main goal of pooling our effort is to shape a collective regional security system,” Russian Defense Minister Sergei Shoigu said in late 2014.
“We also expressed concern over U.S. attempts to strengthen its military and political clout in the [Asia-Pacific Region].”