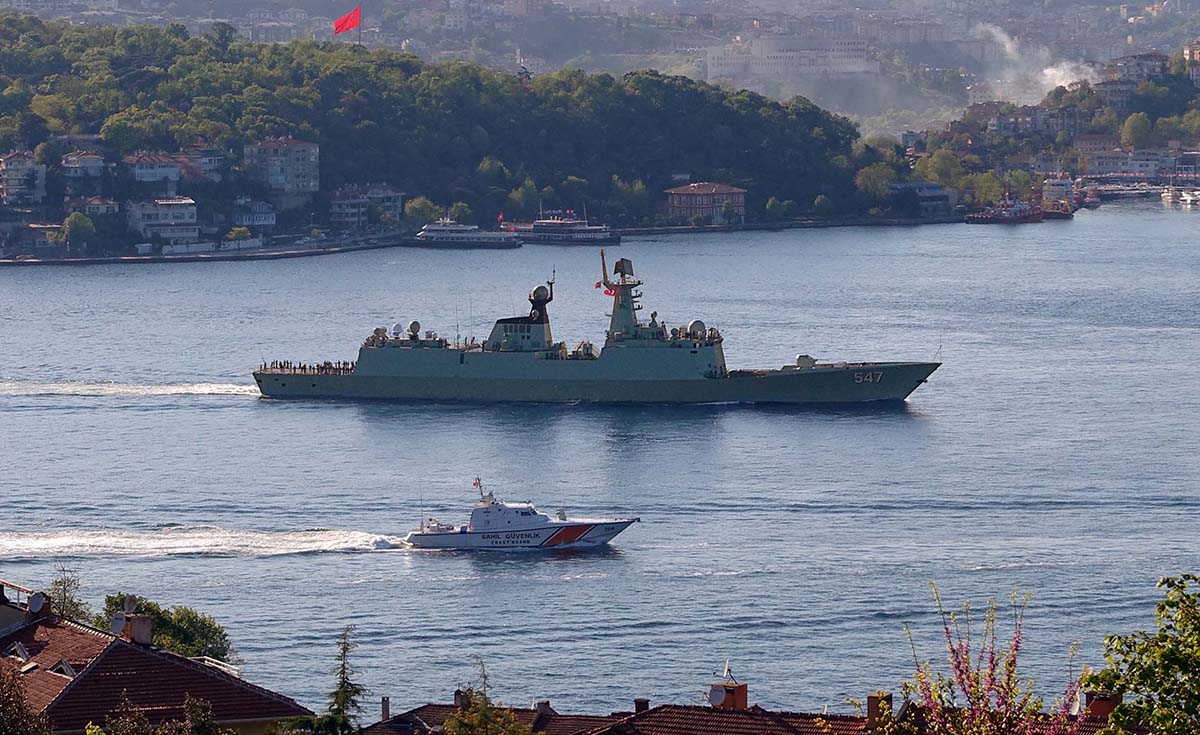 Chinese frigate 547 Linyi passing through Bosphorus on May 4, 2015. Photo by Nurderen Özbek via Bosphorus Naval News

Two People’s Liberation Army Navy (PLAN) guided missile frigates entered the Black Sea on Monday in a first for the PLAN, according to photos of the ships crossing the Bosporus Strait obtained by USNI News.

The pair is bound for the Russian naval base at Novorossiysk ahead of a planned visit from Chinese president Xi Jinping to Moscow to commemorate the end of World War II in Europe , according to Russian state media reports.

The ships will arrive at Novorossiysk by May 9, according to press reports.

Last week, Chinese officials said the pair of 4,000-ton Type 54A Jiangkai II frigates — Linyi (547) and Weifang (550)­ — would drill with Russian ships in a first ever bilateral exercise in the Mediterranean in May as part of a exercise schedule agreed to last year.

The frigates, assigned to the PLAN’s North Fleet, and an oiler were previously part of the international anti-piracy patrols off of the Gulf Aden.

While the exercise — Joint Sea 2015 — is part of growing military-to-military and political cooperation between Moscow and Beijing, they could also point to more arms sales between the two countries — specifically the frigates.

A report over the weekend in Taiwanese paper China Times, characterized the the flotilla visit as an opportunity for China to show off its ships and spin it into a potential ship deal for Russia to purchase some number of Jiangkai II frigates, based off an analysis of Russian defense watcher Alexander Mozgovoy. 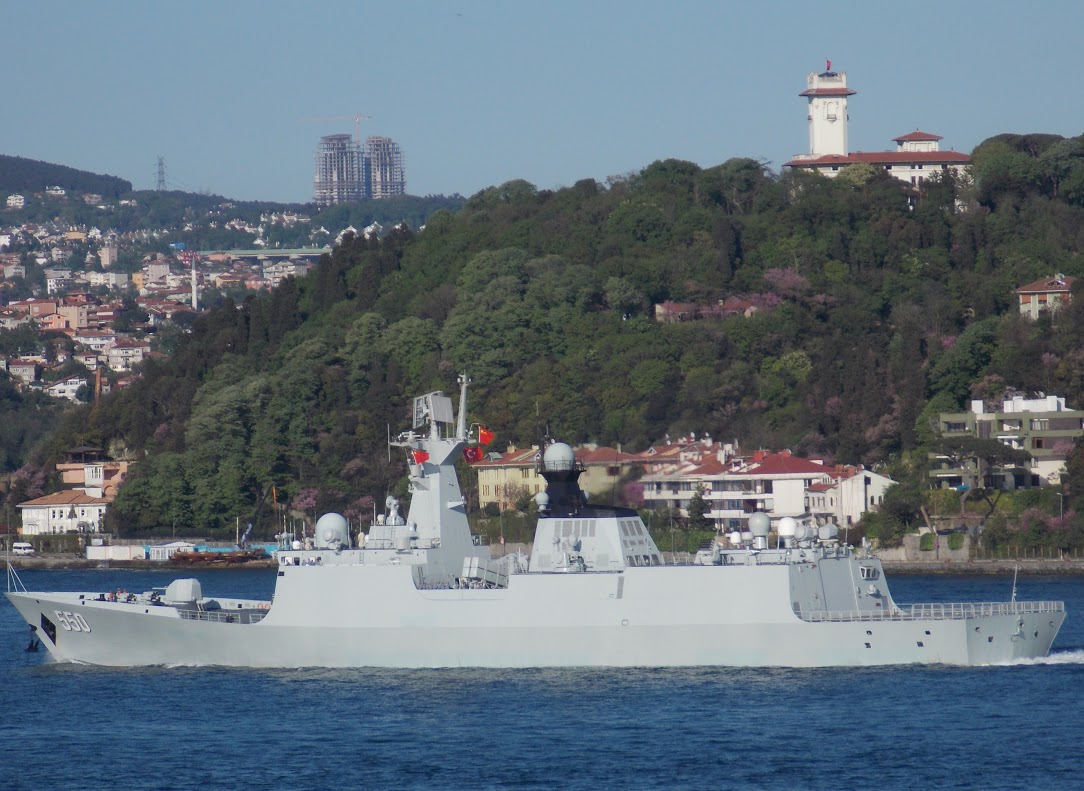 Chinese frigate Weifang crossing into the Black Sea on May 4, 2015. Photo by Yörük Işık via Bosphorus Naval News

Mozgovoy argued that the Russians could purchase the Jiangkai II frigates to shore up obvious gaps in its aging surface fleet while Russians wait on their 4,500-ton Sergei Gorshkov (Project 22350) class frigates to enter the fleet in numbers.

For the Chinese, a naval ship building contract with Russia would be a boon to its emerging arms export trade which sold three frigates to Algeria, a missile defense system to Turkey and unmanned aerial vehicle sales to Africa, according to a March report from the Swedish Stockholm International Peace Research Institute think tank.

While Russian submarine construction is widely regarded among world’s best — second only to the U.S. — its surface construction capability has suffered since the end of the Cold War.

For example, it took shipbuilder Severnaya Verf in St. Petersburg seven years to for first-in-class Sergei Gorshkov — from keel laying to commissioning — to enter the Russian fleet after a spate of delays.

One naval expert contacted by USNI News indicated a purchase of Chinese surface ships by Russia would be a serious admission of its own manufacturing deficiencies.