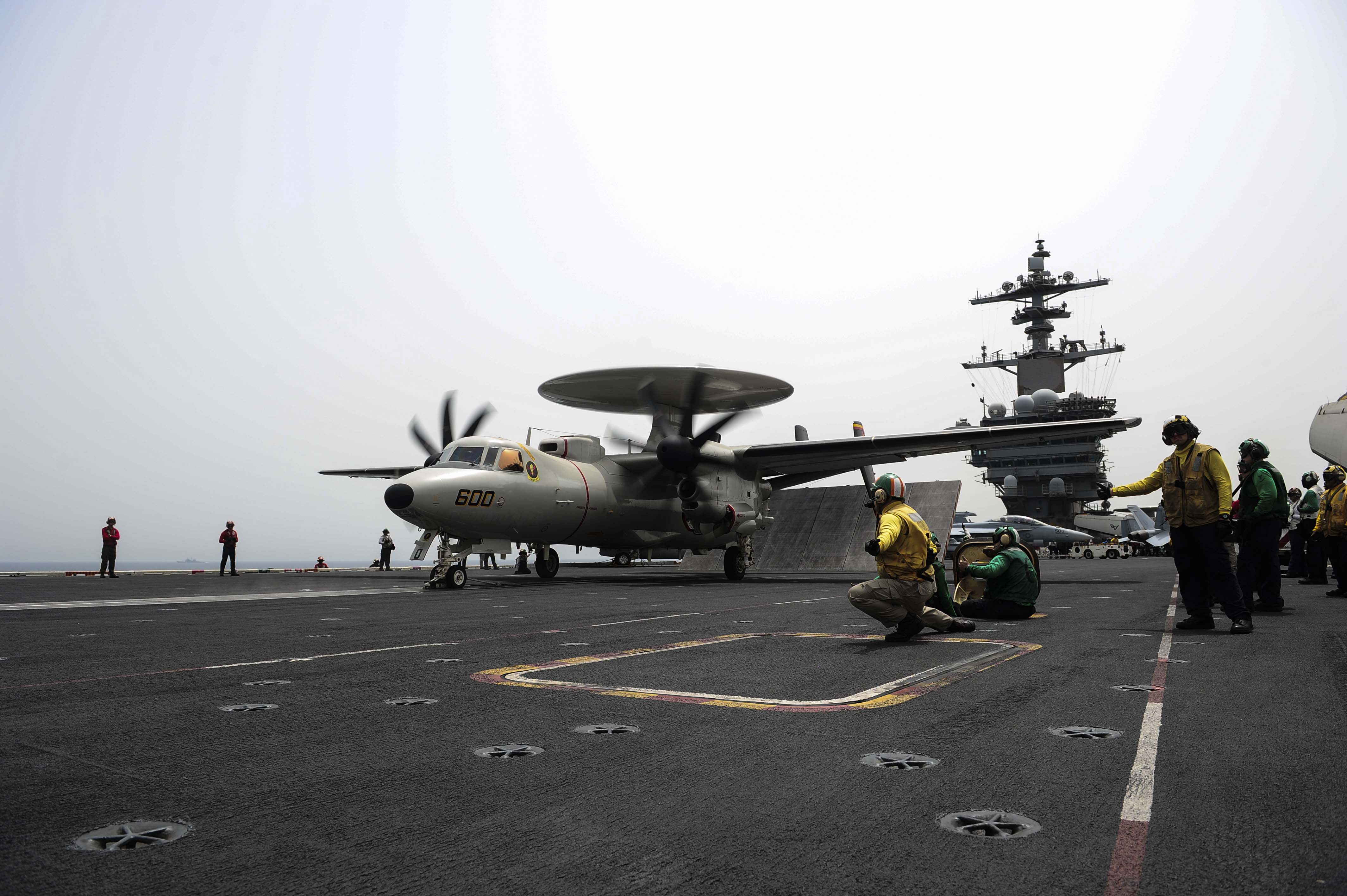 U.S. Fleet Forces Command will push its fleet experimentation and training towards a new distributed operations concept, in which deployed forces – surface ships, submarines, aircraft and more – are sufficiently linked together so that they can support theater-wide needs regardless of their physical location, the commander said today.

USFF Commander Adm. Phil Davidson said the Navy can no longer conduct disaggregated operations, in which distinct groups of ships train for and conduct missions in a silo. Instead, those forces within a geographical combatant command must be synchronized and netted together to support whatever the numbered fleet commander may need, he said at an event cohosted by the Center for Strategic and International Studies and the U.S. Naval Institute.

Davidson cited three concepts that support his idea of distributed operations. First, he said, the surface force’s recent push towards distributed lethality has yielded positive results that could be applied throughout the rest of the fleet.

Second, the Naval Integrated Fire Control-Counter Air architecture of netting together sensors and shooters has proven successful, and “as we think about other assets coming to this structure … it is very very important to understand that people need to be contributing to this network. And if it can’t come to this network, its value is going to be a little less.” He highlighted an upcoming test to integrate the F-35 into the NIFC-CA construct as an example of how the fleet should be thinking.

And third, he said, the Navy’s ability to maneuver in physical space and the electromagnetic spectrum will remain important in countering near-peer and peer adversaries that seek to deny the U.S. sea control.

“When you lay out the geography of the Eastern Mediterranean, lay out the geography of the Strait of Hormuz, lay out the geography of Western Pacific, the challenges in the physical spectrum are all remarkably different. What we would put in the battle space has to be effective in all of those environments, not to mention the electromagnetic environment. So a fleet with the speed of decision, the speed of action, and the human-machine symbiosis that can make things move is going to be incredibly important,” he said.
“It used to be that we prepared a group, got that group all up to speed in its warfare areas and then we put it to sea, and all that function would exist inside that group. Now the power of all these platforms – be they submarines, surface forces, aircraft, [maritime patrol aircraft], the joint force – coming together and informing the whole of the fleet so the fleet commander can operate that fleet integrated, distributed and maneuver in a way that delivers on his objectives is incredibly important.”

To that end, Davidson said a white paper would be coming out, and potentially a Naval Doctrine Publication eventually, on distributed operations. In the mean time, he said acquisition program offices are already hard at work building and integrating technologies to support this concept, and Fleet Forces would focus its training, its wargaming and its doctrine development on the concept as well – which Davidson made clear was a serious focus of his.

Whereas the West Coast fleet under U.S. Pacific Fleet commander Adm. Scott Swift has experimented with different ship groupings such as the April deployment of a three-destroyer Surface Action Group, Davidson said he had no plans to do the same.

“I’m happy to put any tactical-level formation out there that meets a fleet commander’s need, particularly in the rotational force at the Phase 0 level – but more interesting to me in the very current is making sure that force benefits from this distributed architecture I’m starting to describe going forward.”

When the Theodore Roosevelt Carrier Strike Group deployed in March 2015, it was the first NIFC-CA capable strike group to go overseas.

“When we sent Theodore Roosevelt out the door, our first NIFC-CA strike group, we actually had a wargaming series that trained them to think through the problem, how they would employ the thing, and then we actually put it to sea and trained that strike group to actually employ it while it was forward,” Davidson told USNI News after the event.

That kind of NIFC-CA-focused training will continue, and a funded fleet experimentation program will allow the warfighters to learn even more about what capabilities they currently have that support distributed operations and what technologies they will need going forward. Davidson said a fleet synchronization conference convenes a couple times a year to bring together warfighters and technology developers, and distributed operations will be a focus in these conversations as well.