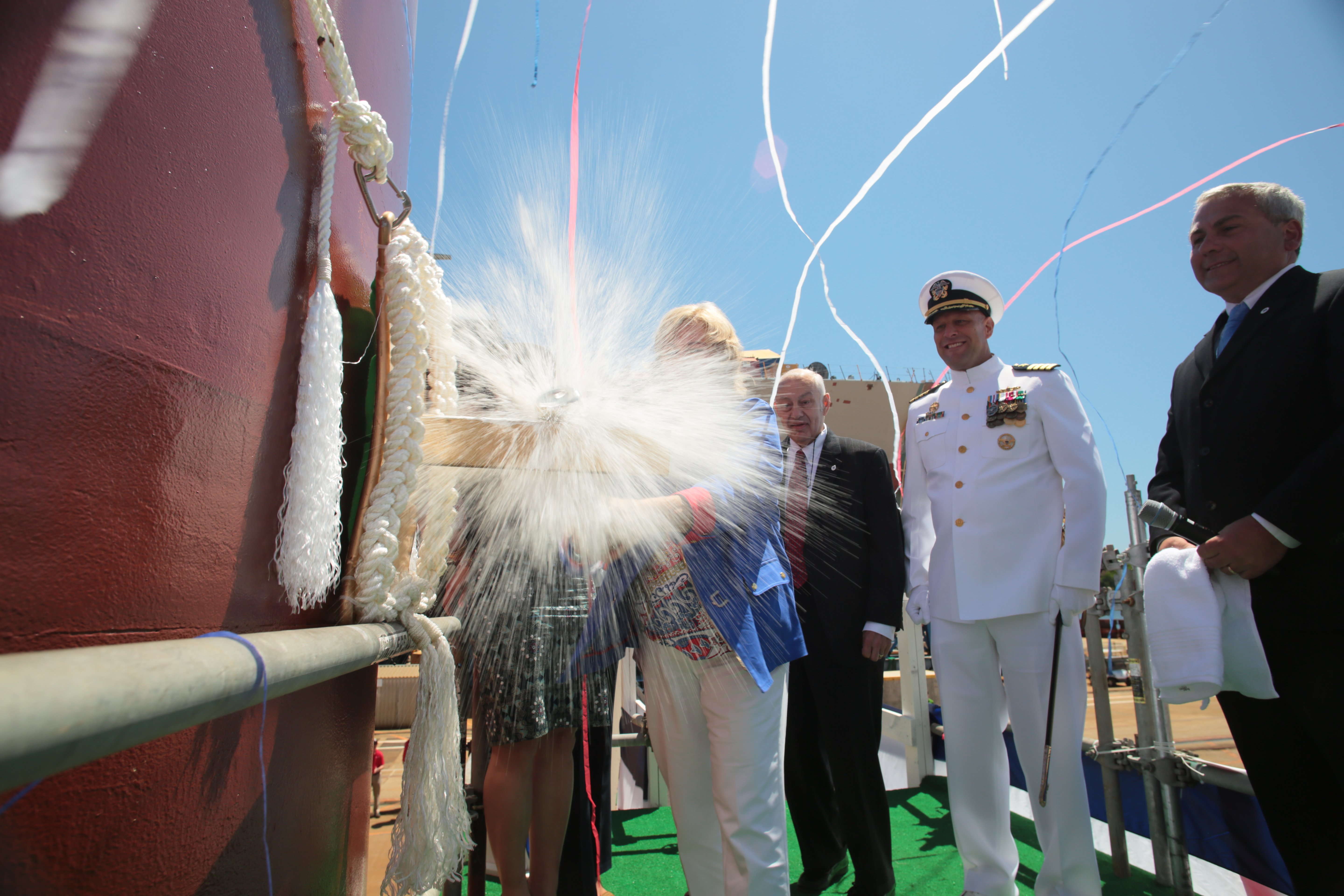 The Navy on Saturday christened the guided missile destroyer USS Michael Monsoor (DDG-1001), named in honor of a Navy SEAL who was awarded the Medal of Honor for heroism in Iraq.

Monsoor recognizes the service and sacrifice of Petty Officer 2nd Class (SEAL) Michael A. Monsoor, who was killed when he jumped on an enemy hand grenade to save his comrades during combat in Ramadi, Iraq, in 2006.

Sally Monsoor, petty officer Monsoor’s mother, smashed the traditional bottle of sparkling wine across the bow to formally christen the ship during the June 18 ceremony at the General Dynamics Bath Iron Works shipyard in Bath, Maine.

“DDG-1001 is an extremely capable and versatile ship with an incredible namesake,” Undersecretary of the Navy Janine Davidson said at the ceremony.
“I have every confidence that the ship and crew will both live up to and honor Petty Officer Monsoor’s legacy as the ship’s motto implies –You Never Quit.” 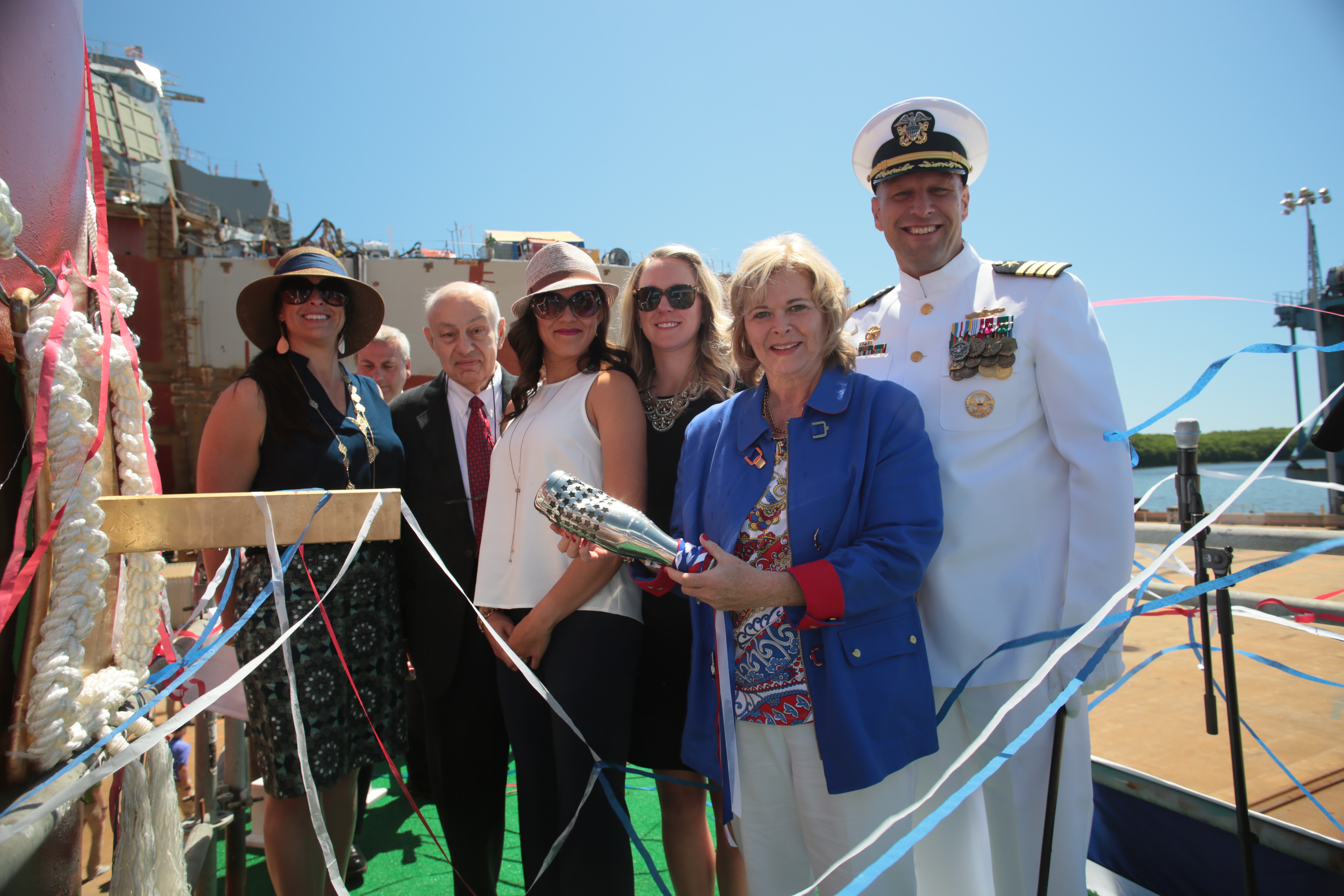 Monsoor is the second ship in the Zumwalt class of futuristic guided missile destroyers, which have a stealth design that gives the 610-foot-long, 15,000-ton warship the radar cross section of a fishing boat. The Zumwalt ships are armed with two 155mm guns to provide long-range, precise fire support for Marines ashore and have an integrated power system that drives the ship and energizes all of its housekeeping and combat systems. Monsoor will be prepared for builder’s trials and then Navy acceptance trials later this year and is expected to be delivered to the Navy in 2017.

The lead ship, DDG-1000, is named for the late Adm. Elmo Zumwalt, who was chief of naval operations in 1970-74. Zumwalt completed its Navy acceptance trials June 17 and will be commissioned into Navy service in Baltimore, Md., in October before sailing for its home port in San Diego.

The third and final ship in the class, DDG-1002, will be named for the late President Lyndon B. Johnson, who served briefly in the Navy during World War II. It is under construction at Bath and is scheduled for commissioning in 2018.

Fred Harris, president of Bath shipyard, said “we all understand the importance of what we do – building ships that protect our sailors and Marines, providing them the best possible tools to do their jobs safely.”