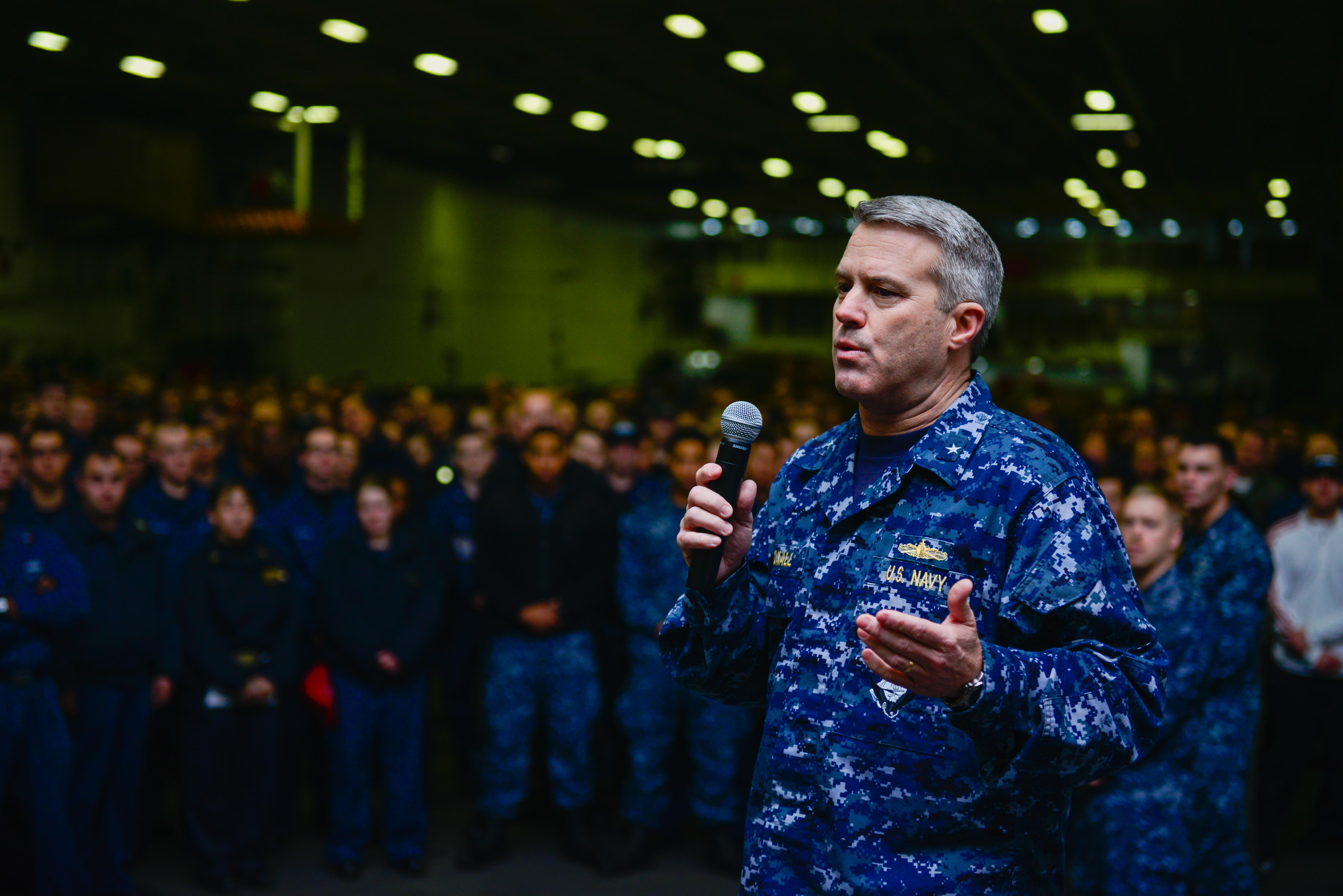 Fanta has led the surface warfare directorate since July 2014 and has been key in launching the Navy’s “distributed lethality” concept. He told USNI News earlier this year that “Our idea is, instead of coming up with a single bright shiny object, add a little bit of technology to each weapon – whether that’s hardware, software, whether that’s the platform or the weapon, or maybe just a different way of doing things, a different way of gluing together the sensors and weapons we have.” To that end, the Navy in the past two years has pursued converting existing missiles into surface-to-surface missiles, upgunning surface ships and even creating an “All Domain Offensive Surface Warfare Capability” to network anti-surface sensors and weapons.

As N9I, Fanta will continue to integrate capabilities across the surface, undersea and air domains. That position has been filled by a civilian, Paul Lluy, as acting N9I for nearly a year. Fanta will work closely with Rear Adm. Michael Manazir, who recently moved from his spot as director of air warfare (N98) to deputy chief of naval operations for warfare systems (OPNAV N9).

Boxall will take over the surface warfare directorate with prior experience there – he served as deputy (N96B) from May 2012 to July 2013. He has also worked at the Pentagon in several positions in the office of the deputy chief of naval operations for integration of capabilities and resources and on the Joint Staff. Most recently Boxall was the commander of Carrier Strike Group 3 with the USS John C. Stennis (CVN-74).