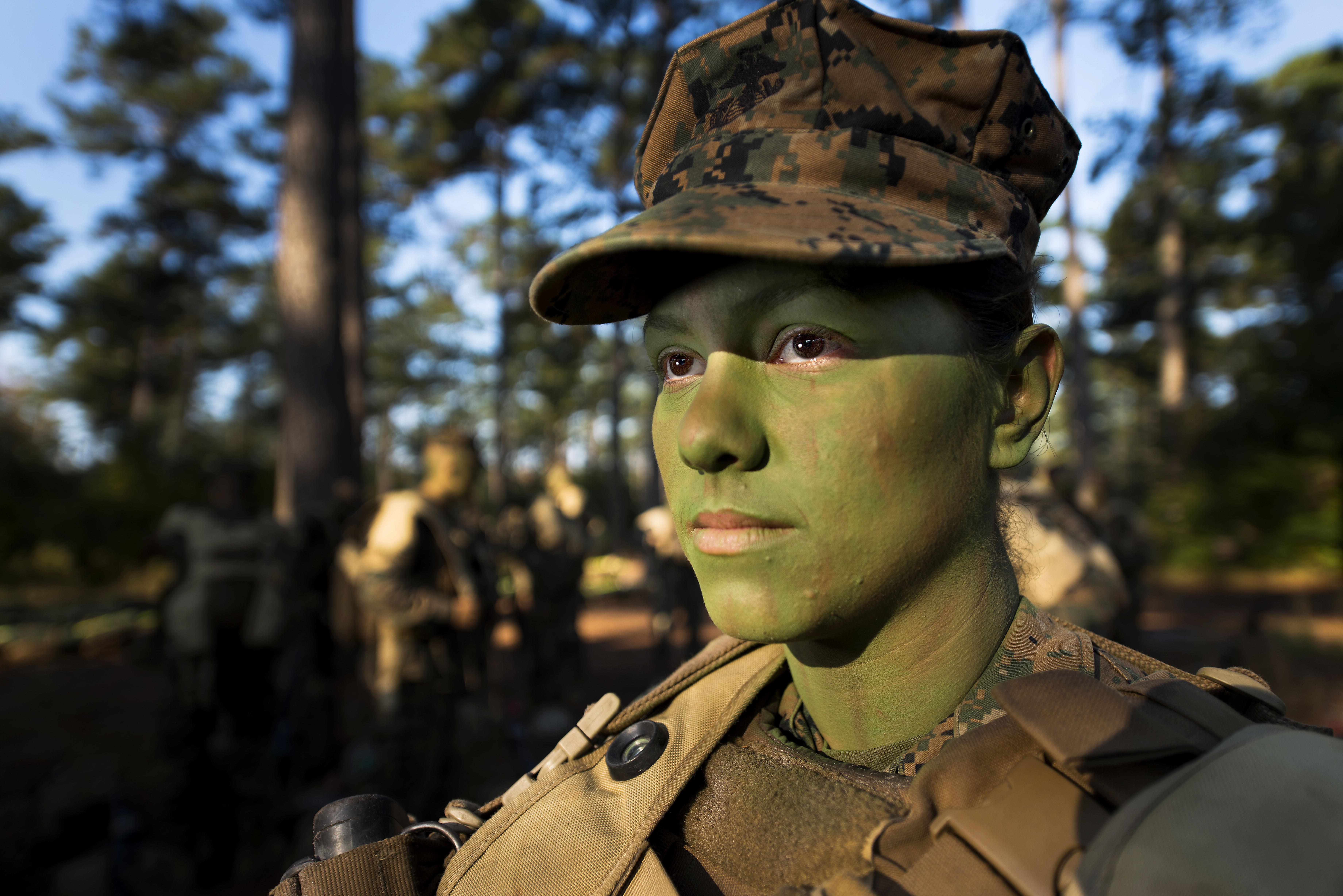 All military occupational specialties in all four services — including infantry and special operations forces — will be available to women beginning next month, Defense Secretary Ash Carter announced today.

The Marine Corps was the only service to request exceptions. All three service secretaries, as well as the commander of U.S. Special Operations Command and all the service chiefs except then-commandant Gen. Joseph Dunford agreed that all jobs should be open to women who meet physical and other standards specific to any given occupational specialty, Carter said.

“While the Marine Corps asked for a partial exception in some areas such as infantry, machine gunner, fire support, reconnaissance and others, we’re a joint force and I have decided to make a decision which applies to the entire force,” Carter said.
“This means that as long as they qualify and meet standards, women will now be able to contribute to our mission in ways they could not before. They’ll be allowed to drive tanks, fire mortars, and lead infantry soldiers into combat. They’ll be able to serve as Army Rangers and Green Berets, Navy SEALS, Marine Corps infantry, Air Force parajumpers and everything else that was previously open only to men.”

Carter said the military branches fight together and therefore gender integration should be handled uniformly across all joint force. The services will work together to update their implementation plans over the next 30 days, he said, and after 30 days all jobs will be officially open to women.

Carter added that, after careful consideration, he decided the concerns laid out in Dunford’s report requesting some exemptions were valid, but he said he believes that all can be addressed by proper implementation and strong leadership. Carter said that he had talked many times to Dunford, who is now the chairman of the Joint Chiefs of Staff, and the two are in agreement about how to move forward in opening all jobs to women.

Navy Secretary Ray Mabus has strongly supported opening all jobs in the Navy and Marine Corps to women. Shortly after Carter’s announcement, Mabus released a statement supporting the decision.

“The decision to make the military gender-neutral will maximize the combat effectiveness of the Navy and Marine Corps,” he said.
“I have been a strong, longtime advocate of opening all occupational specialties to women and made that recommendation to Secretary Carter. Our process and studies showed that as long as someone can meet operationally relevant, occupation-specific, gender-neutral individual standards, that person is qualified to serve. Gender does not define the Service of a United States Sailor or Marine – instead, it is their character, selflessness, and abilities.”

The military has opened up most jobs to women in recent years, but about 10 percent across the whole force remain closed today, Carter said. During his announcement, the secretary noted that equal opportunity will not mean equal participation going forward, and that the Pentagon will have to pay close attention to recruitment, retention and professional advancement opportunities for women in jobs that were previously closed to them.

Carter noted that a key Marine Corps concern was combat effectiveness of a gender-integrated force.

He said that combat effectiveness hinges on two things: individual performance and team performance. Team cohesiveness will be possible with strong leadership, he said repeatedly. As for the individual, as part of the implementation process the services will identify physical and other requirements for each MOS that would apply equally – ensuring that all service members, regardless of gender, are in jobs they can perform without harming themselves or others.

“The capabilities of the individual to contribute are extremely important. On average … men will have different physical capabilities, we’ve had data show that clearly. Now that’s on average – so there will be women who can meet the physical requirements of the specialty, even as there are men who cannot meet those requirements,” Carter said.
“ And so averages tell you something about the need to pay attention to numbers, team dynamics and so forth, but they do not determine whether an individual is qualified to participate in a given unit.”