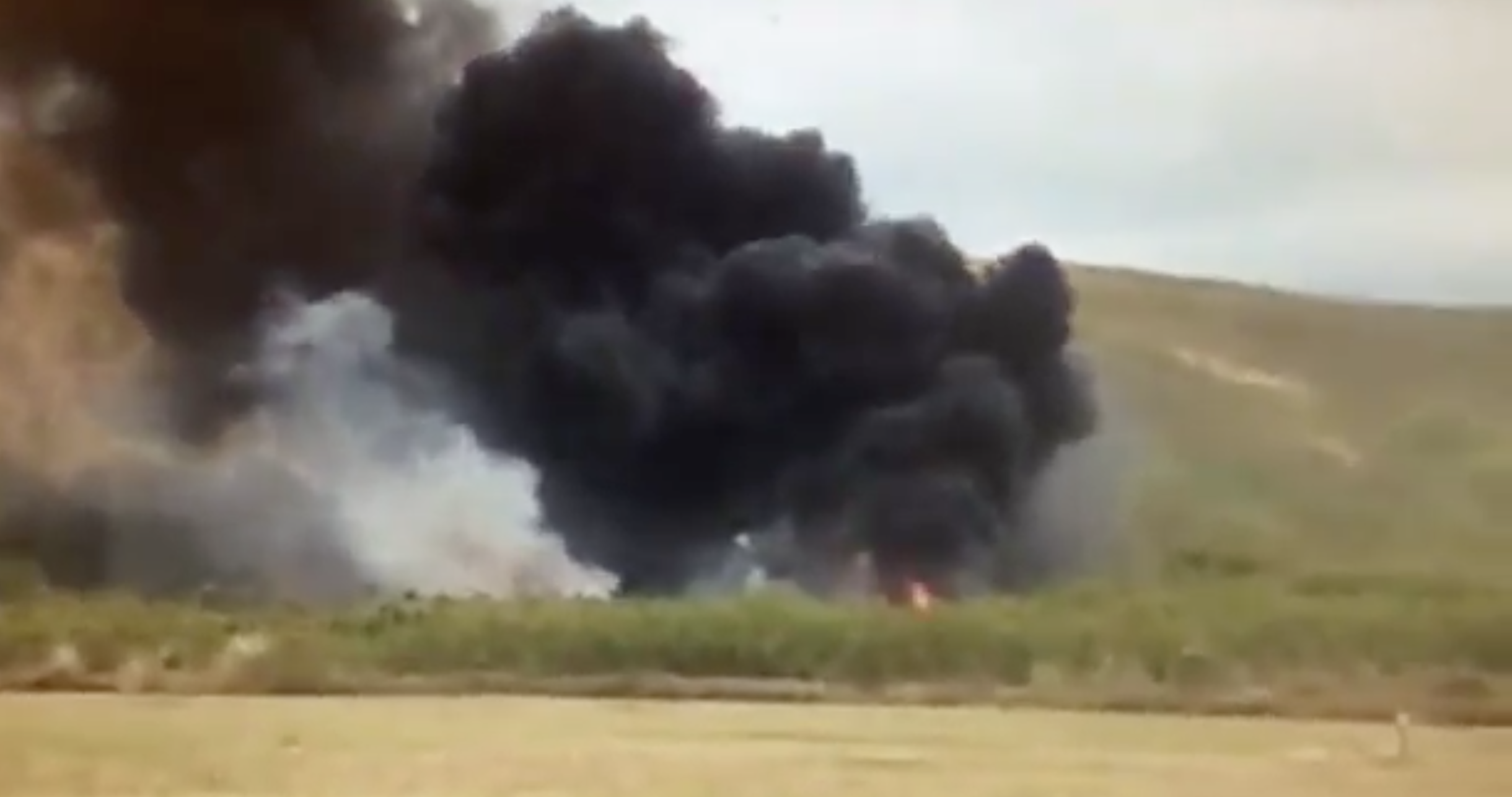 Screen shot of the aftermath of the MV-22 Osprey hard landing during a training exercise in Hawaii. Photo via KITV4.

The Marine Corps found that pilot performance and an improper site survey of the landing zone led to the May 17 MV-22 Osprey crash in Hawaii that killed two Marines and injured 20, according to a statement regarding the recently completed crash investigation.

An Osprey from the 15th Marine Expeditionary Unit, deployed with the Essex Amphibious Ready Group, attempted to land at the Marine Corps Training Area Bellows on Oahu while conducting an amphibious exercise.

The pilot attempted to land the aircraft and found that the Reduced Visibility Landing (RVL) level of the landing zone gull was much higher than anticipated, according to a press release from U.S. Marine Corps Forces Pacific.

“The investigation indicated that a proper risk assessment should have prompted the pilots to choose an alternate flight profile, path, or landing site that would have minimized or avoided the severe brownout conditions,” according to the press release.

Instead, the pilot continued to try to land at the designated landing zone amid the brownout conditions.

“The investigation found that repeated, sustained flight time in brownout conditions (an in-flight visibility restriction due to dust or sand in the air) while attempting to land caused the left engine to stall, resulting in a loss of power that placed the aircraft in an unavoidable freefall to the ground,” the statement reads.
“Specifically, Engine Percent Power (EPP) decreased on both engines each time the aircraft entered a low-altitude hover over Landing Zone Gull as dust and sand particles increased in the air due to rotor wash. The sand and dust ingestion caused a buildup of material on the turbine blades and vanes leading to a compressor stall in the left engine, which decreased lift and resulted in the hard landing.”

A NATOPS interim change was already published last week that decreases exposure time in reduced visibility landing profiles. Disciplinary and administrative actions are still possible based on the outcome of the investigation, the press release noted.

The investigation found that the air crew responded properly to the engine failure, and the Marine Corps thanked the Marines, sailors and civilians who responded to the crash to prevent further loss of life.

Essex ARG and 15th MEU deployed from San Diego on May 10 and stopped in Hawaii to train and to participate in Culebra Koa 2015 before continuing on to a seven-month deployment to U.S. Pacific Command and Central Command areas of operation. The fatal crash occurred one week after leaving port.

Essex ARG chopped back into PACOM on Nov. 1 after spending the summer and fall launching air strikes against the Islamic State.