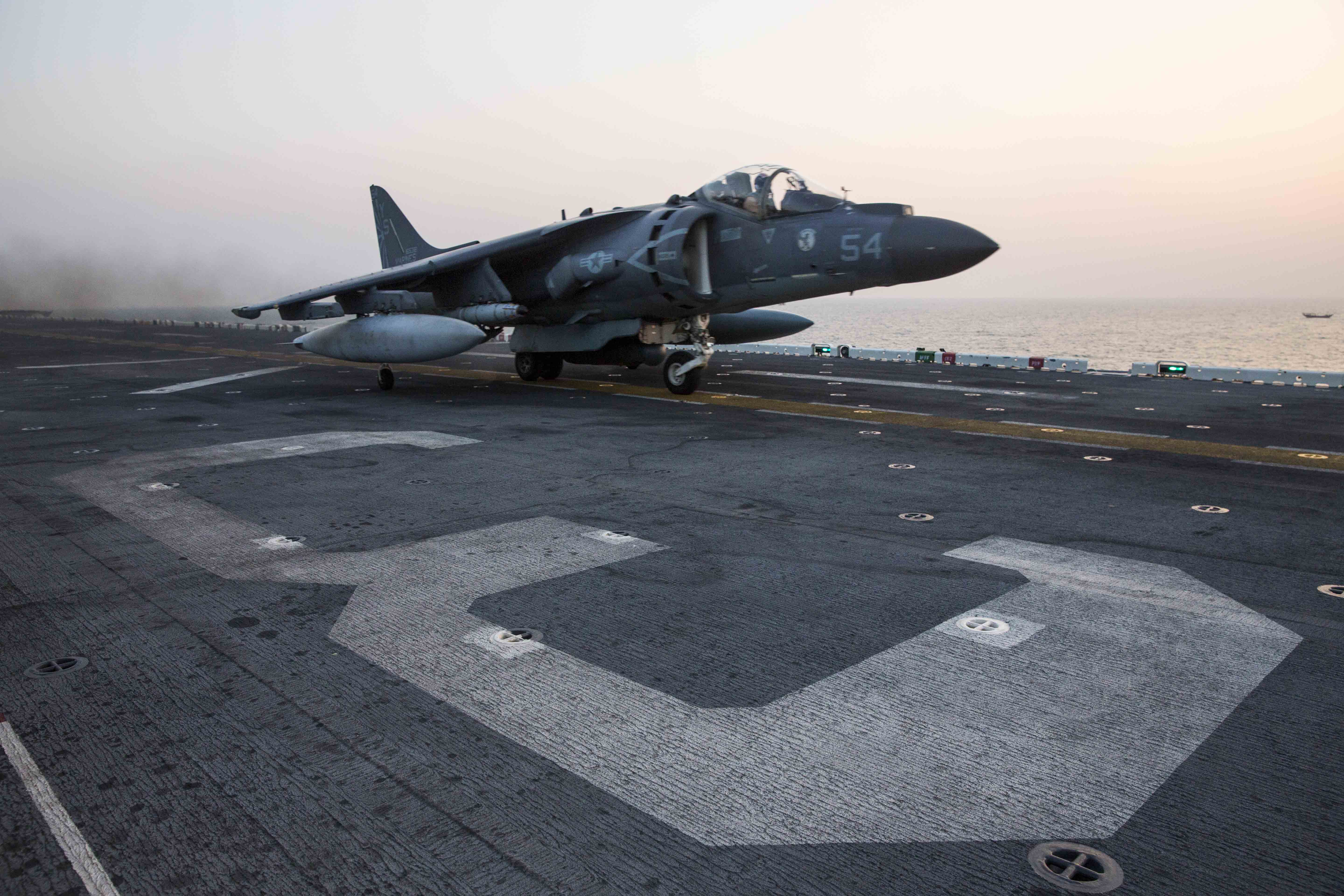 Naval forces resumed air strikes against the Islamic State this week after a one-month pause in participation in Operation Inherent Resolve (OIR), the Navy announced today.

The Kearsarge Amphibious Ready Group, a three-ship unit that hosts the 26th Marine Expeditionary Unit, arrived in U.S. 5th Fleet on Nov. 1. The previous amphibious group in the region, the Essex ARG and 15th MEU, left the Middle East in mid-October and is now in the South China Sea en route back to its San Diego homeport.

Just days before the Kearsarge ARG left the Middle East, the Navy’s only aircraft carrier in the U.S. 5th Fleet area of operations, USS Theodore Roosevelt (CVN-71), also chopped out of the region, leaving no naval air power to go after Islamic State targets this fall. USS Harry S Truman (CVN-75) departed its homeport in Norfolk on Monday and will head to the Middle East to begin strikes in OIR.

During the gap in Navy and Marine Corps air strike presence in the Middle East, U.S. Air Force and coalition forces conducted strike missions throughout the region.

“The Kearsarge Amphibious Ready Group with the embarked 26th MEU, along with our coalition partners, are here to degrade and destroy ISIL’s current operations under OIR,” Kearsarge ARG commander Capt. Augustus Bennett said, referring to the Islamic State by an alternate name, the Islamic State of Iraq and the Levant.
“The combined ARG-MEU team is an expeditionary Navy/Marine Corps force that stands ready and has been trained for these types of operations. We’re here to assure our allies, deter any adversaries and provide a persistent U.S. presence here in the U.S. 5th Fleet area of operations.”

Col. Brian Koch, the commanding officer of the Harrier squadron, Marine Medium Tiltrotor Squadron (VMM)162 (Reinforced), said his Marines were prepared to operate around the clock “to work with our coalition partners to drive ISIL out of Iraq and Syria.” 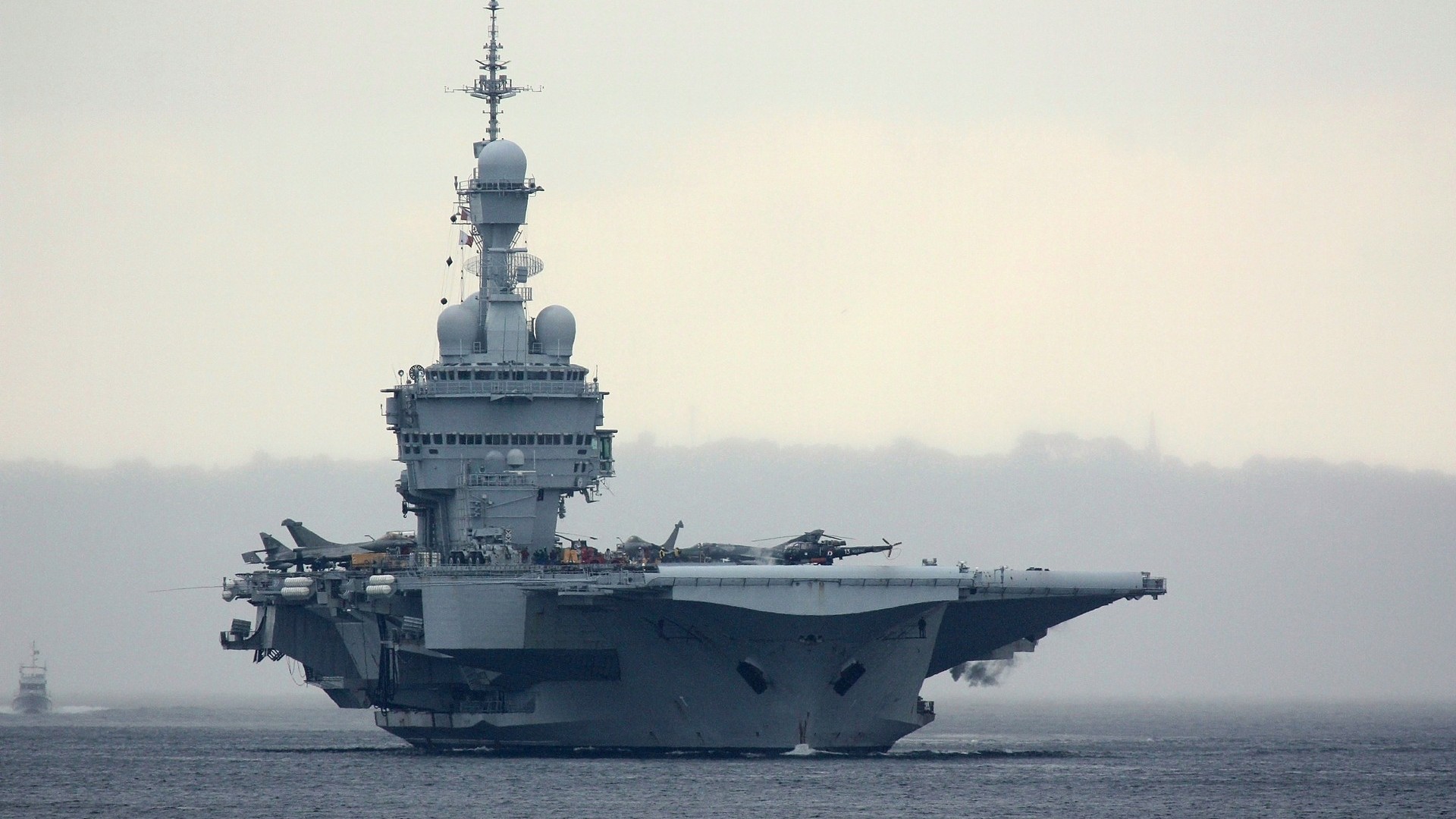 Meanwhile, the French carrier Charles de Gaulle (R91) left its Mediterranean port of Toulon on Thursday to add to the country’s ongoing operations against ISIS — Opération Chammal. The addition of the combined 20 Dassault Rafale M aircraft and Dassault Super Etendard Modernisé (SEM) add to the French fighters operating from ground bases in the United Arab Emirates and Jordan.

Those ground based fighters struck several ISIS controlled targets in Syria on Sunday near the town of Raqqa following the ISIS-claimed terror attacks that killed 129 in Paris on Friday.

While the de Gaulle’s deployment had been previously planned, committing the carrier to attacking ISIS falls in line with French president François Hollande’s call to go to war with ISIS.

“The carrier’s deployment “is going to triple our military power [as part of the operation against the Islamic State],” Hollande said earlier this week.
“I am not talking about deterring the Islamic State but about eliminating it totally.”

“A French aircraft carrier task force is to approach your area soon. You are to establish direct contact with the French counterparts and cooperate with them as with allies,” Putin said on Tuesday, according to the TASS news service.
“It is essential to draw up a plan for joint operations on the sea and in the air.”

The SAG, centered around the Black Sea-based guided missile cruiser Moscow (or Moskva), has established an air defense bubble around the Russian forward base in Syria after entering the region under the guise of a training exercise.

The French last deployed the carrier to the Middle East in shortly after the January attacks on the offices of the satirical magazine Charlie Hebdo in Paris. During the seven weeks the carrier was in the Persian Gulf it conducted about 200 sorties against ISIS targets primarily in Iraq.