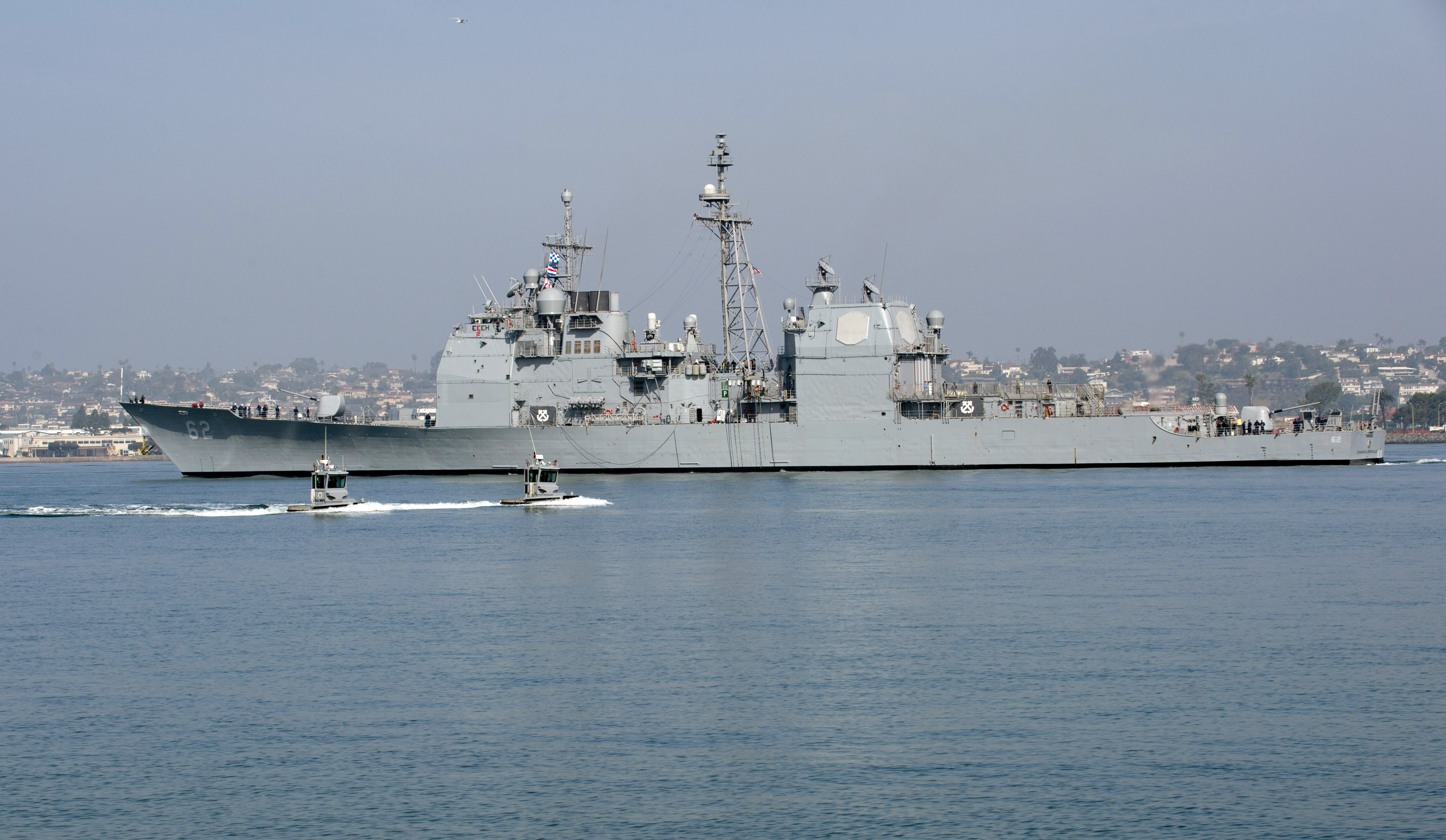 The Ticonderoga-class guided-missile cruiser USS Chancellorsville (CG 62) pulls out of San Diego Harbor for a training exercise in March 2013. US Navy photo.

Chancellorsville was the first cruiser to receive its Aegis Baseline 9 upgrade, undergoing the modernization work in 2012 and extensive testing in 2013 and 2014. The upgrade allows better command and control through the Navy Integrated Fire Control-Counter Air (NIFC-CA) system and better fire power through the Standard Missile-6 surface to air missile.

Another upgraded cruiser, USS Normandy (CG-60), deployed in March, but Chancellorsville will be the first upgraded cruiser to join the Forward Deployed Naval Forces (FDNF).

The Navy and the Defense Department have said they would not only push more assets into the Pacific as part of the Asia rebalance but also put the most modern and sophisticated platforms there. The Navy has already deployed its new P-8 Poseidon maritime patrol planes and Littoral Combat Ships to the Asia-Pacific region, and the service announced in October it would send three modernized ballistic missile defense-capable destroyers to the FDNF in Japan to replace one non-upgraded destroyer.

In 2013, during the Aegis Baseline 9 testing, Chancellorsville was struck by a malfunctioning target drone. The Navy spent six months and $30 million repairing the damage.