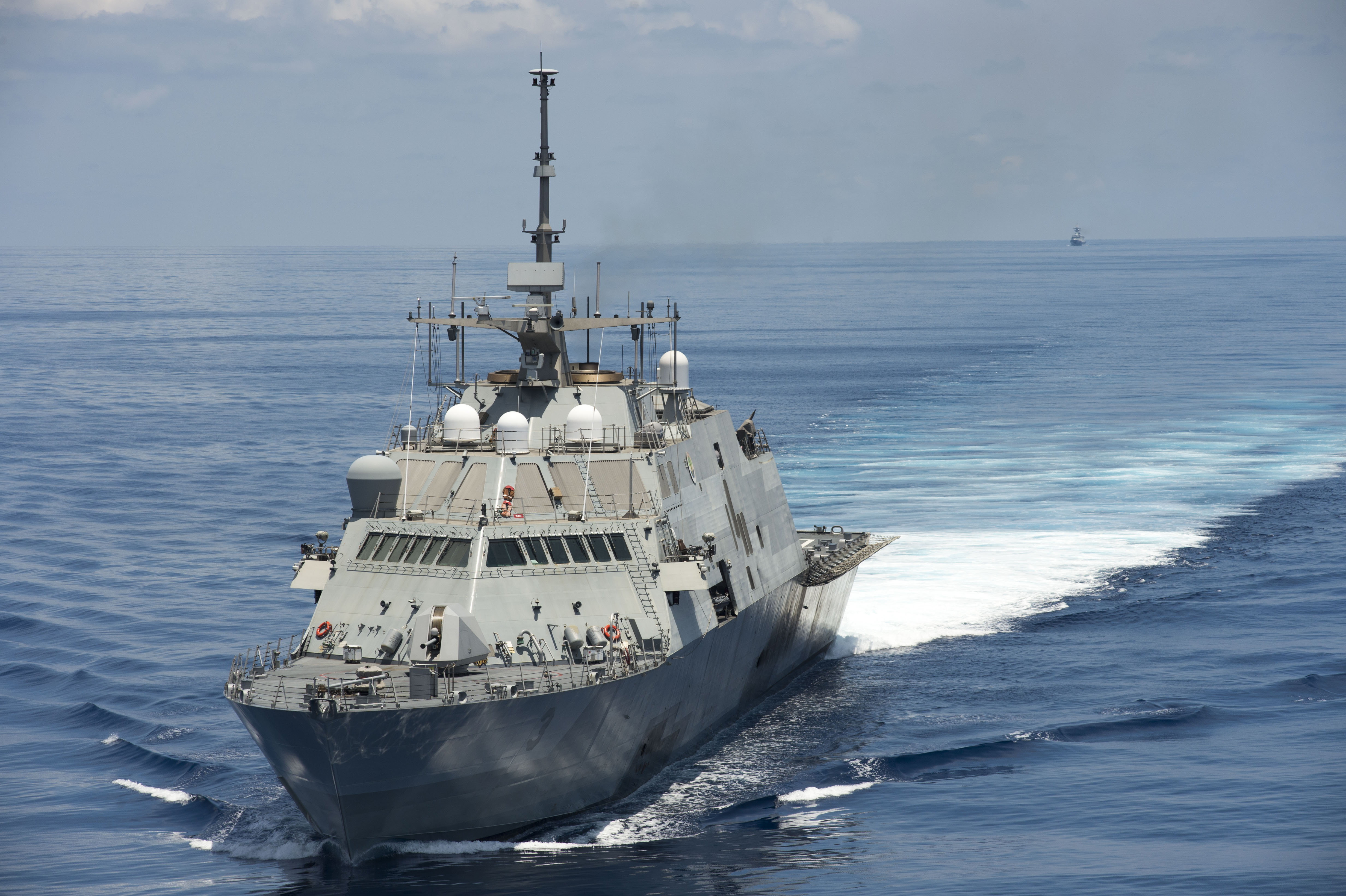 The littoral combat ship USS Fort Worth (LCS 3) conducts patrols in international waters of the South China Sea near the Spratly Islands as the People’s Liberation Army-Navy [PLA(N)] guided-missile frigate Yancheng (FFG 546) transits close behind on May 11, 2015. US Navy photo.

The Littoral Combat Ship USS Fort Worth (LCS-3) is six months into its 16-month deployment and requiring an order of magnitude fewer hours of corrective maintenance than its predecessor, USS Freedom (LCS-1).

In Fort Worth’s first 90 days deployed, the ship was underway for 53 days – 11 more days than planned. In contrast, Freedom was underway only 36 days in a similar period, according to an internal Navy assessment of Fort Worth’s early performance obtained by USNI News.

“Technical adjustments, training improvements, and operational changes have given operational commander confidence to extend Fort Worth’s area of operations and to delay maintenance when required for operational tasking,” the document notes. 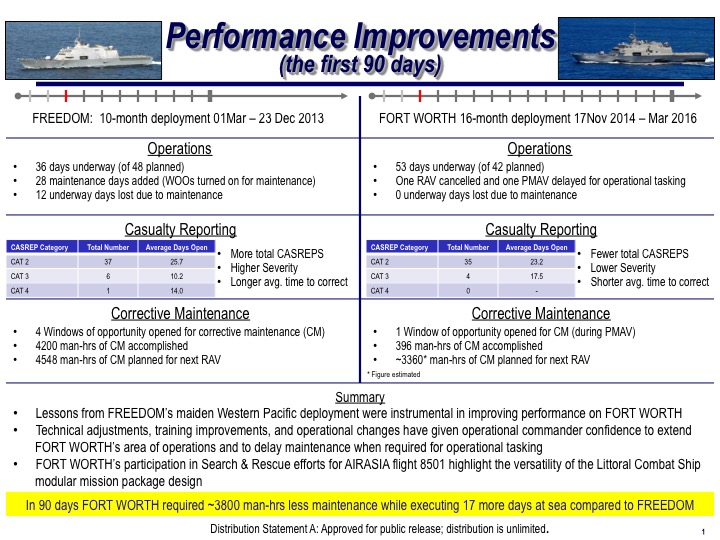 The extended area of operations the document refers to was made possible by a “maintenance in a box” concept the Navy tested in the spring. Program Executive Officer for Littoral Combat Ships Rear Adm. Brian Antonio told USNI News in April that the Navy pre-staged two trailers in Sasebo, Japan – one with all the parts the ship and its mission package might require, and one with the tooling the maintenance workers would need to perform the work away from the main LCS hub in Singapore.

“One of the feedbacks we got back from the fleet with Freedom was that her legs weren’t very long, in that every 25 days or so she needed to come back to Singapore to get a maintenance availability – which means you can only go a certain number of days out, and its’ a big ocean,” Antonio said in the April interview.

Freedom will begin a selected restricted availability in San Diego next week, in preparation to replace Fort Worth when it returns in March 2016, USNI News understands. Lockheed Martin won a $10.3 million contract modification to complete the dry-docking availability, which includes maintenance, modifications and upgrades, the Defense Department announced in April. The work should be complete by October.

Fort Worth also just conducted a crew swap last week, with LCS Crew 102 departing San Diego for Singapore to relieve LCS Crew 103. Detachment 4 Surface Warfare Mission Package crew and Detachment 3 from Helicopter Maritime Strike Squadron 35 deployed too for the next approximately four months of the deployment. The LCS ships are manned under a 3-2-1 model – three crews will support two ships, one of which will always be deployed.