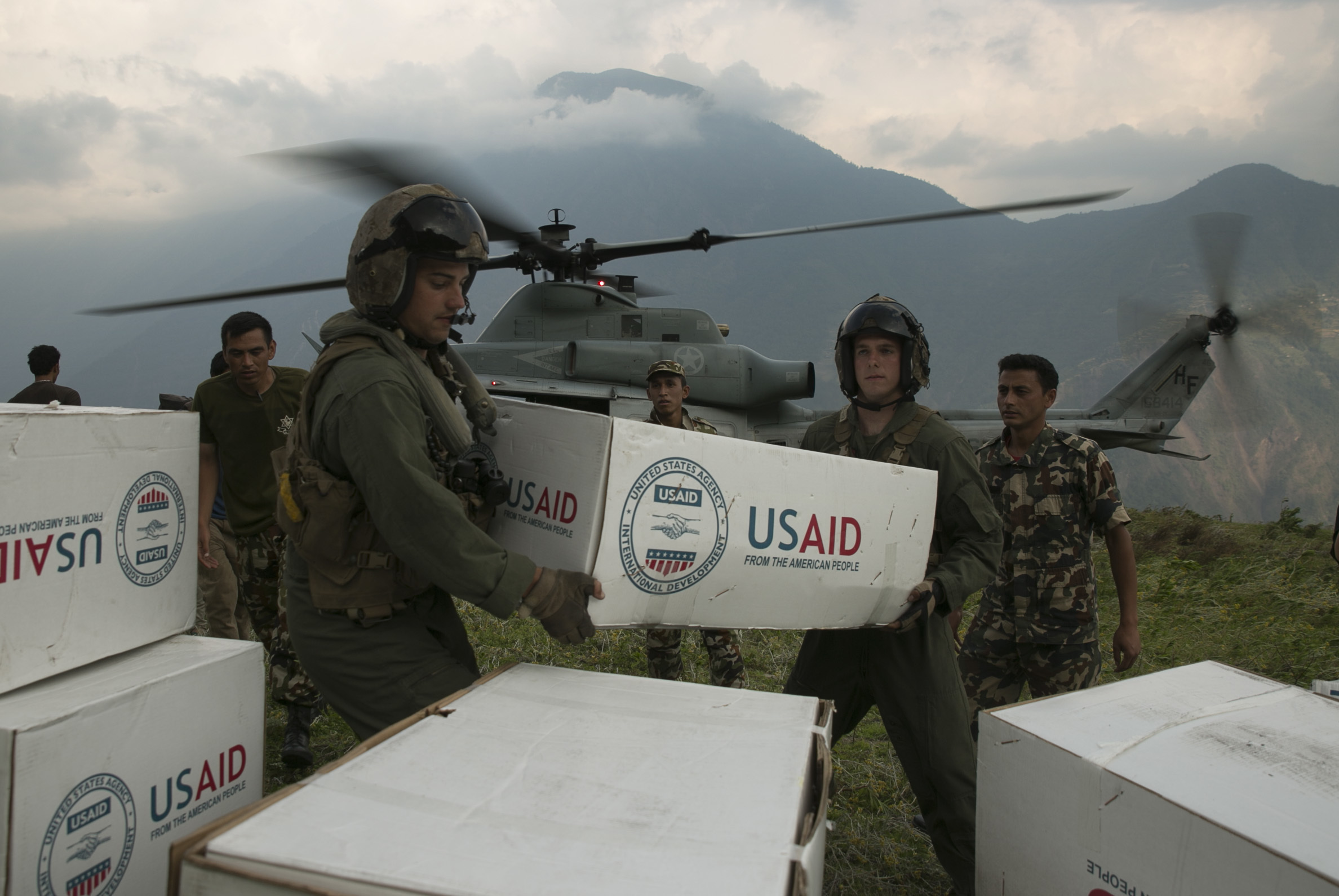 U.S. Marines and Nepalese soldiers unload tarps off of a UH-1Y Huey at Orang, Nepal, during Operation Sahayogi Haat, May 19. US Marine Corps photo.

U.S. forces in Nepal began drawing down this week after the Nepalese government switched from a disaster relief and rescue mode to a longer-term recovery operation.

DoD said the need for Task Force 505-specific skills had decreased over the past week, as the local Tribhuvan International Airport regained its logistics and traffic control capability and the American troops trained Nepalese army and airport personnel to continue the aid delivery mission.

“We will continue to work closely with our Nepalese partners and USAID to ensure we meet the needs that may emerge during the coordinated transition and retrograde of our military capabilities as long as we remain in Nepal,” task force commander Marine Corps Lt. Gen. John Wissler said in a statement.
“Once we have returned to Okinawa, we will reset our ability to respond to any future disasters requiring our support.”

A second earthquake of 7.4 magnitude struck Nepal on May 12. After the second earthquake struck, a Huey out delivering aid went missing. Wreckage was spotted three days later, and all six Marines and two Nepalese soldiers onboard were found dead the following day.

As a result of the two earthquakes and their many aftershocks, more than 8,600 people died and more than 16,000 were injured, according to DoD.