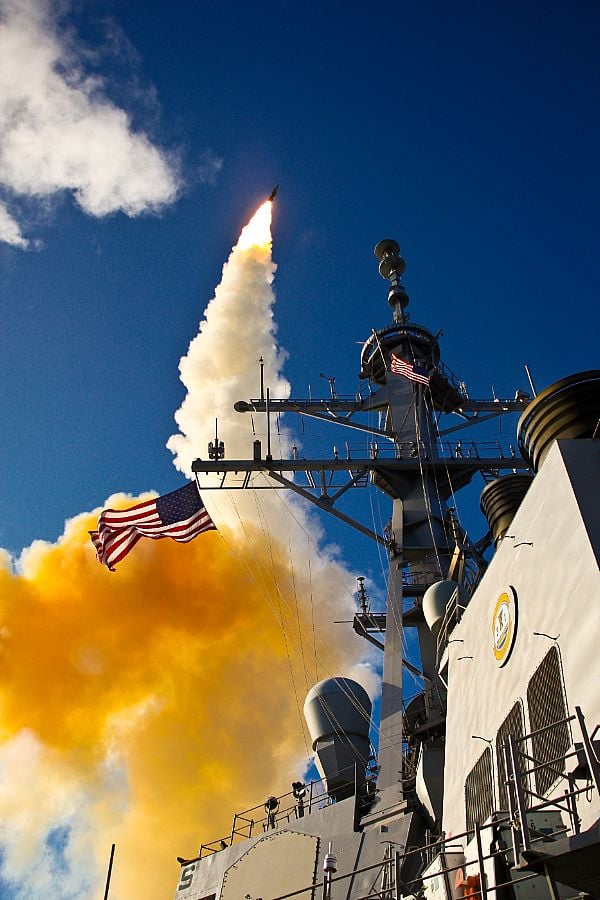 CRYSTAL CITY, Va. — The Navy’s acquisition chief stressed the importance of modernizing ships in the fleet – particularly the ballistic missile defense (BMD) fleet – to keep them operating for their full service life, even as tight budgets are forcing the Navy not to upgrade five Aegis guided missile destroyers with a BMD capability over the next five years.

In a keynote speech on Wednesday at the American Society of Naval Engineers’ ASNE Day 2015, Sean Stackley said the only way to reach a 300-ship navy is by “ensuring the ships in our inventory today are mission-capable and relevant for their full service life.” He noted the Navy is midway through refueling the Ohio-class ballistic missile submarines (SSGN-726) and conducting refueling and complex overhauls of the Nimitz-class aircraft carriers (CVN-68), as well as being mostly through modernizing the amphibious dock landing ships.

“Perhaps most significantly, we’re on the front end of modernizing our Aegis cruisers and destroyers. Come what may in the budget environment, we need to complete this effort,” Stackley said.

USNI News reported Tuesday that five Flight IIA Arleigh Burke-class guided missile destroyers (DDG-51) would forgo a combat system upgrade that would give the ships BMD capabilities. The plan saves the Navy $500 million over the next five years as sequestration’s budget caps threaten to return in Fiscal Year (FY) 2016, but takes away from the planned BMD-capable fleet that is increasingly in demand by the combatant commanders.

Modernization periods for five Flight IIA Burkes — USS Howard (DDG-83); USS McCampbell (DDG-85); USS Mustin (DDG-89); USS Chafee (DDG-90); USS Bainbridge (DDG-96) — will not include the Baseline 9C Aegis Combat System series of processing power and software upgrades to bring an Integrated Air and Missile Defense (IAMD) capability to the destroyers, and would rather include only modest hull, mechanical and electrical upgrades, according to an unclassified version of the current modernization plan seen by USNI News.

Stackley would not comment on the specific hulls when asked during the question and answer session, saying that “the specifics of which hull, et cetera … when you start talking about FY ‘18 and out, what we’re doing is we’re putting a marker down in terms of what we need to do. But as everybody here is well aware, sometimes operations cause various ships to swap in and out of that plan. Most importantly, most importantly, and you hear this consistently, everybody that’s been up to the Hill has hammered the issue home – you hit us with sequestration, you take away our ability to deliver that capability.”

Even though these plans would reduce the Navy’s BMD-capable fleet by five ships, Stackley said that combatant commander demands indicate the fleet size needs to go up, not down.

“The backbone of our fleet, the workhorse of our fleet is our Aegis cruisers and destroyers. We have 84 today at sea and that number is growing, but the reality is that our cruisers are at midlife, they’re eclipsing midlife, and our destroyers are entering midlife. Two things we’ve got to do: one, we’ve got to get them to their full service life … and we’re going to look to extend their service life. So we’ve got to get them, at that midlife, get their upgrades in place, get the degree of ballistic missile defense that we need to get our BMD ship count up.”

“It’s a demonstration of what happens when tighten five or six years in a row and slack comes out of all of our program,” he said.
“That’s all that’s left to give. Unless you want to give up ships and I think you heard the Secretary of the Navy. We’re not giving up shipbuilding programs.”

Hilarides described the reduction as “dialing the fleet’s capability for the near term” relative to the budget.

“The fact there is that when money comes — if tomorrow a war starts and we say ‘hey, better go get those five ships modernized’ and CNO [asks] ‘can you do it three months?’,” he said.
“Yeah, if we had all the money in the world, we could do it really fast and so I think what you see is a burn year that we chose.”

Also during his speech, Stackley also said the Navy would begin developing a 30-year research and development plan to ensure that the Navy has the capabilities and the skilled workforce it needs to stay relevant in the future.

The effort, which will be led by Chief of Naval Research Rear Adm. Mat Winter and former Marine Corps Systems Command executive director John Burrow, will “guide our investments in those future warfighting capabilities that will ensure that our Navy is not merely the largest in the world but that our Navy remains the most powerful in the world.”

Stackley pointed to a future cruiser replacement as an area of focus for the 30-year R&D plan. Having terminated the CG(X) program because the Navy couldn’t afford it at the time, the Navy now has no clear plan for how to eventually replace the cruiser fleet.