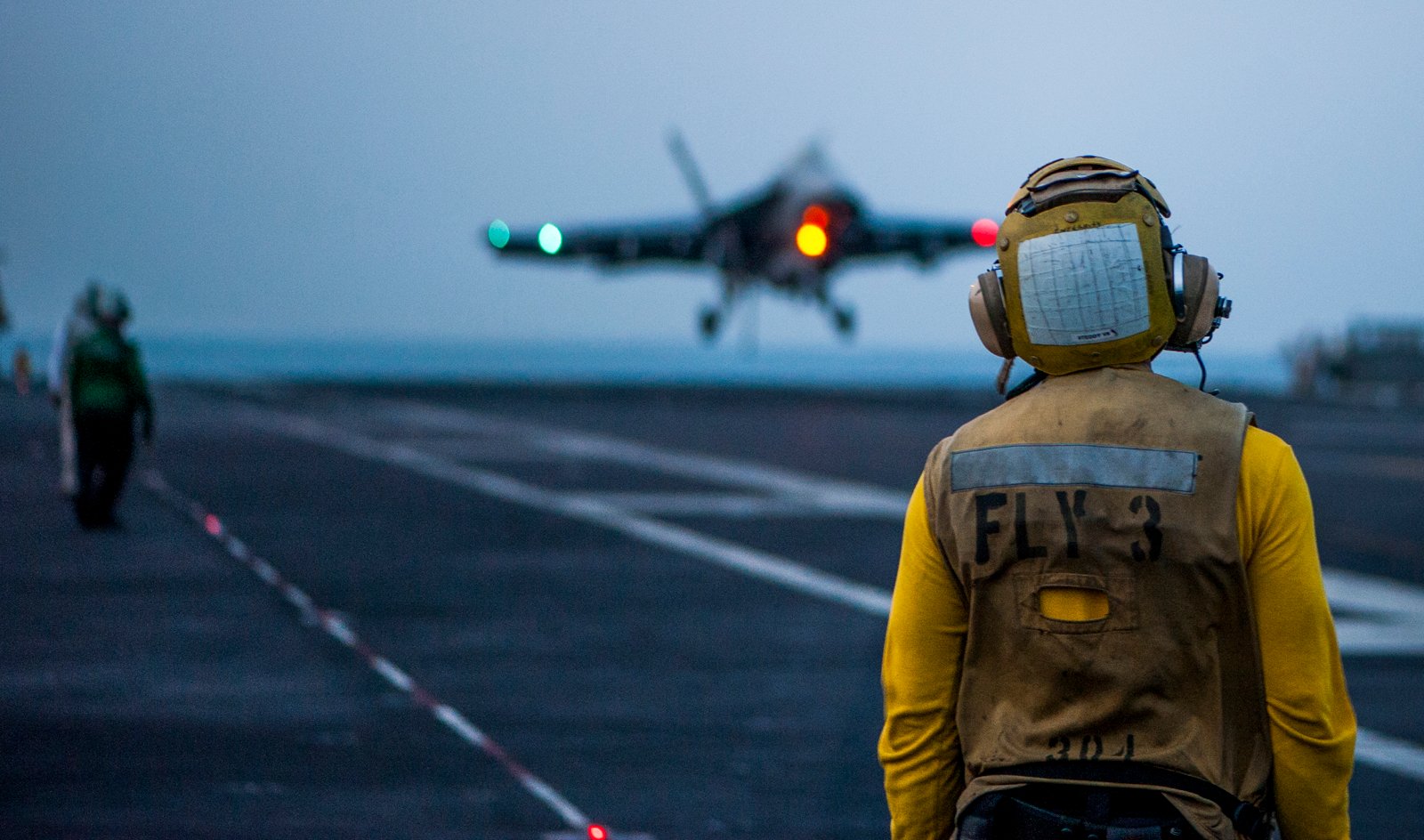 Starting in August, Navy fighters from U.S. 5th Fleet based carriers began striking targets of militants fighting under the banner of the Islamic State of Iraq and Syria (ISIS or ISIL) in Iraq.

In September the fight expanded to Syria.

According to Pentagon casualty statistics, the U.S. has lost three troops in support of OIR. 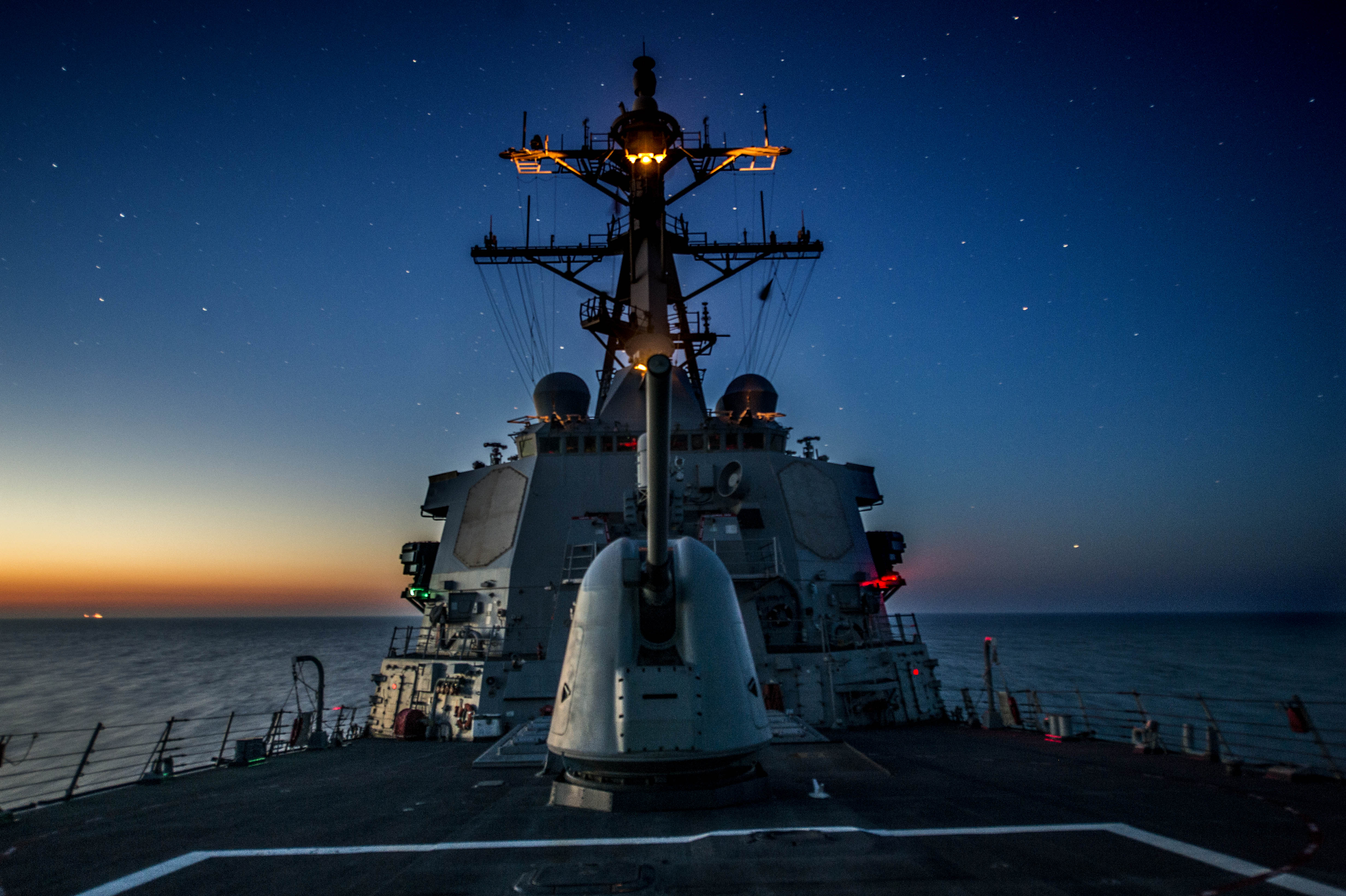 A month later the U.S. and NATO ships were maintaining a regular presence in the Black Sea following the March force annexation of the Crimean region of Ukraine by Russia.

The U.S. made frequent use of the first of four Arleigh Burke-class guided missile destroyers (DDG-51) forward deployed to Rota, Spain for the rotational mission in the region.

One of the Rota DDGs — USS Donald Cook (DDG-75) — was buzzed by a Russian Sukhoi SU-24 Fencer for 90 minutes and in April Canadian frigate HMCS Toronto (FFH-333) was overflown by three Russian planes in September.

Ships operating in the region without a shore on the Black Sea have to leave after 21 days, requiring NATO ships to constantly move in and out of the region. 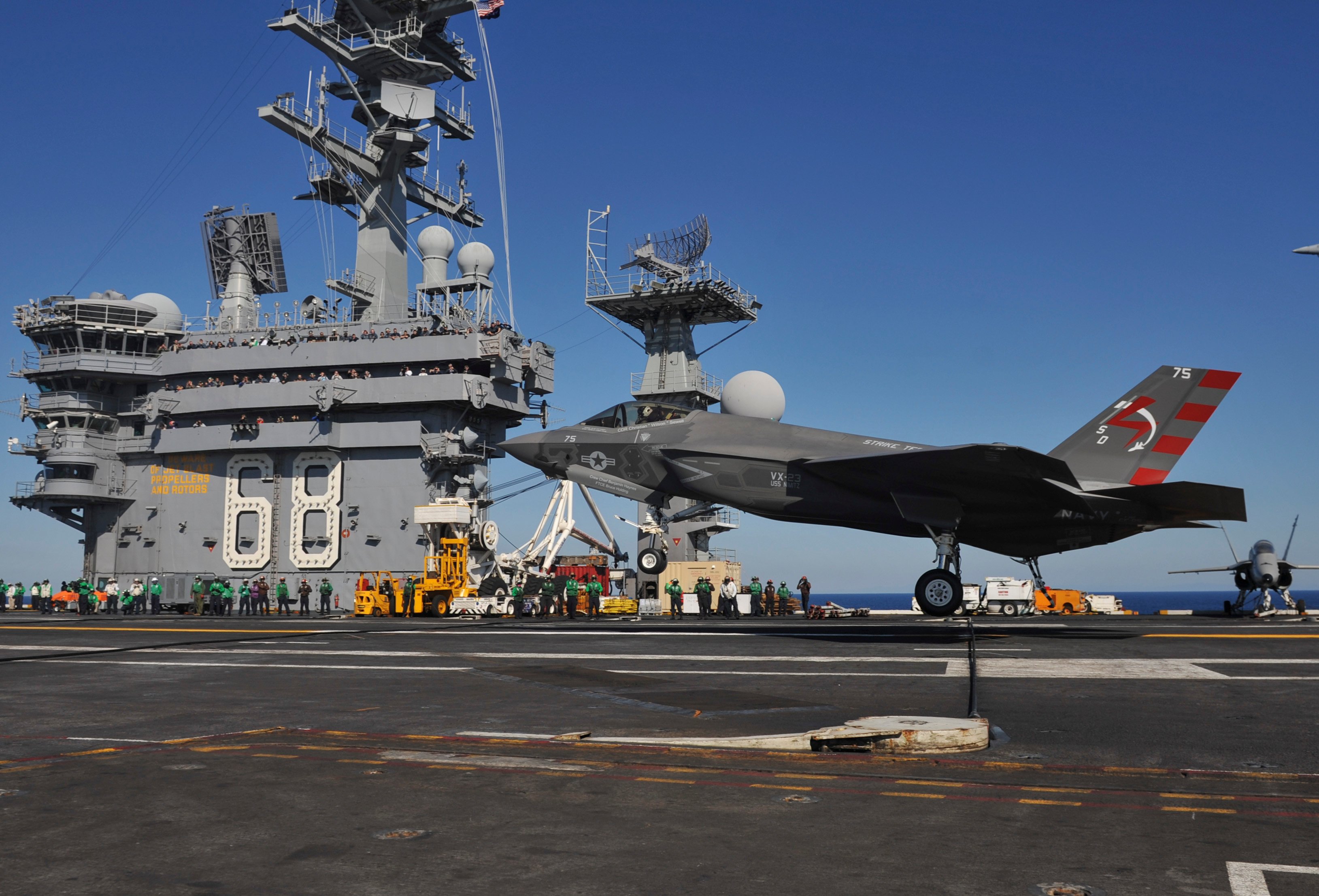 The U.S. Navy’s version of the Joint Strike Fighter landed on an aircraft carrier for the first time during November testing on USS Nimitz (CVN-68).

The two aircraft completed a full round of flight testing showing the Navy had overcome earlier problems with the F-35C’s tail hook and nose gear.

LCS Back to Asia 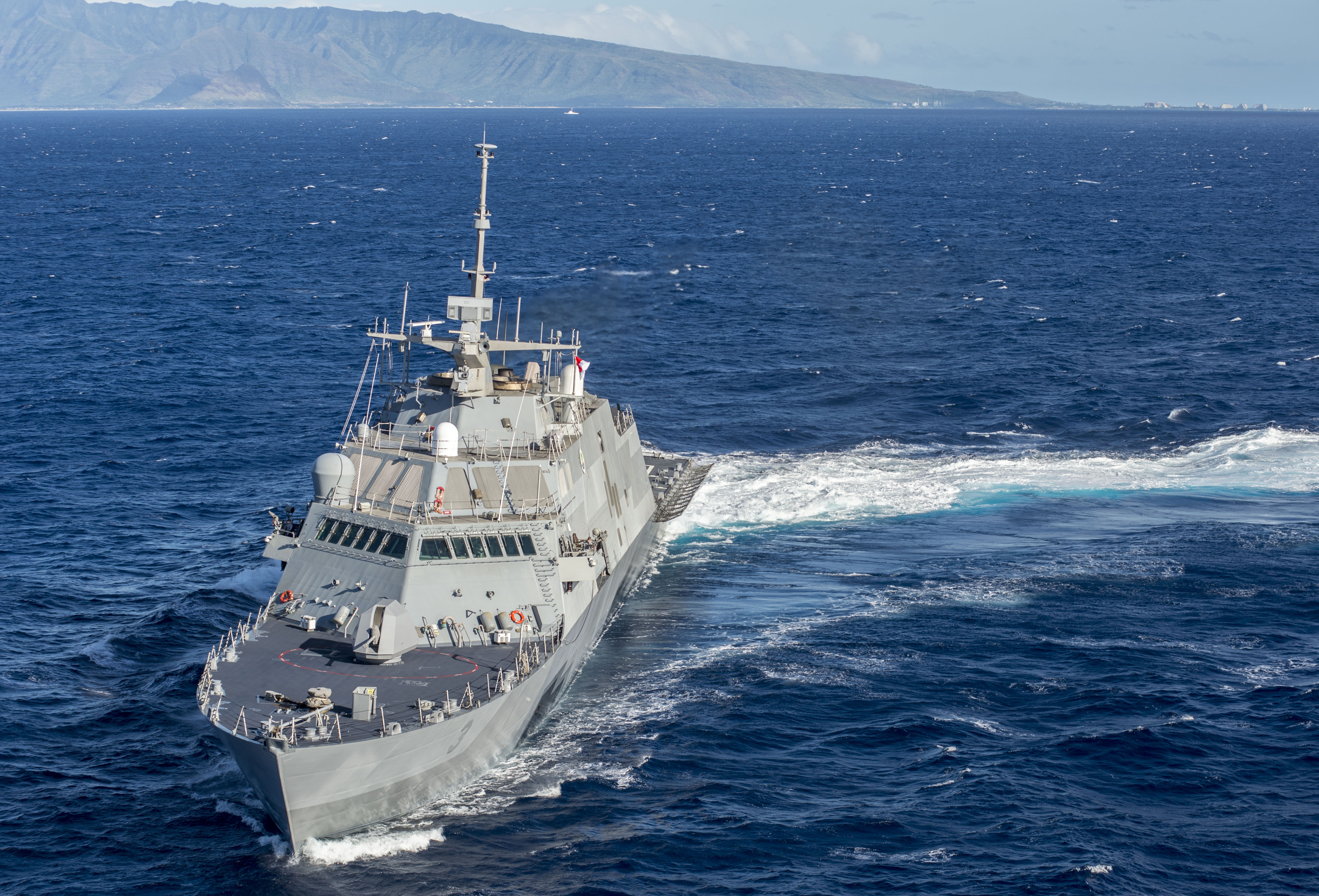 In mid-November the second Freedom-class Littoral Combat Ship (LCS) — USS Fort Worth (LCS-3) arrived in U.S. 7th Fleet for the second Pacific deployment of the LCS.

The ship follows the deployment of USS Freedom (LCS-1) in 2013. Early in 2014, then U.S. Surface Forces commander Vice Adm. Tom Copeman told reporters Freedom departed from its schedule of international training for at least one actual mission in the South China Sea.

“They won’t be writing a book about it 30 years from now,”Copeman said.
It was: “presence; it’s showing the flag; common operational picture; flight ops, 11 meter [boat operations].”

The service promised Fort Worth would have a more ambitious schedule than Freedom and will be the first LCS to operationally field the MQ-8B Fire Scout rotary wing unmanned aerial vehicle (UAV).

The Fort Worth deployment will be the first to test the Navy’s so-called 3-2-1 deployment scheme for the LCS. Three crews will each take a four month rotation on two ships, one deployed and one in port. The idea is to minimize crew fatigue and maximize the utility of a forward deployed ship.

The ship will return to San Diego in March 2016.

U.S. Central Command approved the use of an offensive laser on the Navy’s Afloat Forward Staging Base (AFSB) that operates in the Persian Gulf.

The $40 million 30 kilowatt Laser Weapon System (LaWS) was installed this year on USS Ponce (AFSB(I)15) and is the first practical directed energy weapon and will provide the Navy insight into deploying the weapon in the future.

However, the low power of the laser makes it only effective against small unmanned aerial vehicles and unarmored small boats.