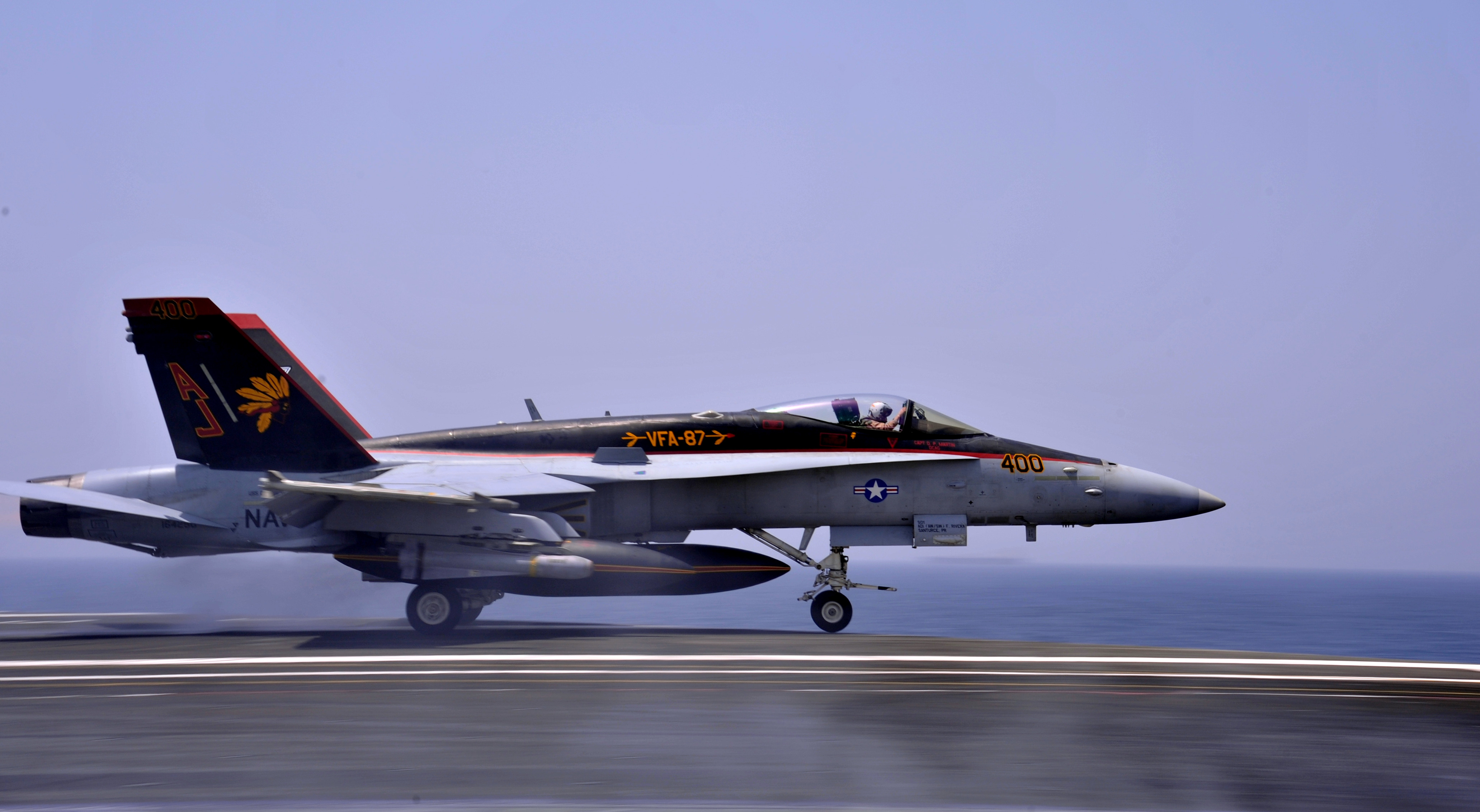 F/A-18C Hornet assigned to the Golden Warriors of Strike Fighter Squadron (VFA) 87 takes off from the flight deck of the aircraft carrier USS George H.W. Bush (CVN-77) in the Persian Gulf on Aug. 10, 2014. US Navy Photo

The U.S. will launch a comprehensive air campaign to exterminate the Islamic State of Iraq and the Syria (ISIS or ISIL) terrorist group that has been ravaging those two nations. President Barack Obama announced the launch of the new full-scale American intervention during a televised speech on Sept. 10.

While the focus of the “counter-terrorism” campaign will be in Northern Iraq in coordination with Iraqi government forces, Obama vowed to strike at ISIS wherever it is found.

“I will not hesitate to take action against ISIL in Syria, as well as Iraq,” Obama said.
“This is a core principle of my presidency: if you threaten America, you will find no safe haven.”

Obama said that while the ISIS terrorist group does not pose a direct threat to the United States at present, given time to grow unchecked, the group could eventually come to threaten the American homeland. Obama pointed out many of the terrorists hail from Europe or the United States and would unavoidably try to return home to wreck havoc.

Obama promised that the US military would partner with a broad coalition to fight the ISIS terrorist group in Iraq. However, other than the Iraqi government, Obama did not mention any specific allies who would participate in the military campaign. However, the President did mention that some allies are already participating in performing air strikes and providing humanitarian aid.

Both the United Kingdom and France are expected to participate in an air campaign. Further, a core group of ten NATO allies are going to work to strengthen Iraqi forces, but not necessarily support the military action with combat forces. Secretary of State John Kerry is working to bring more allies into the fight—particularly Arab nations, Obama said.

Obama emphasized that no U.S. ground forces would fight during the campaign, but he did say the U.S. military would deploy 475 troop in addition to the 1,100 American advisors already in Iraq to train local forces to defeat the ISIS terrorists. Some of the Iraqi forces to be trained would include Sunni National Guard units. 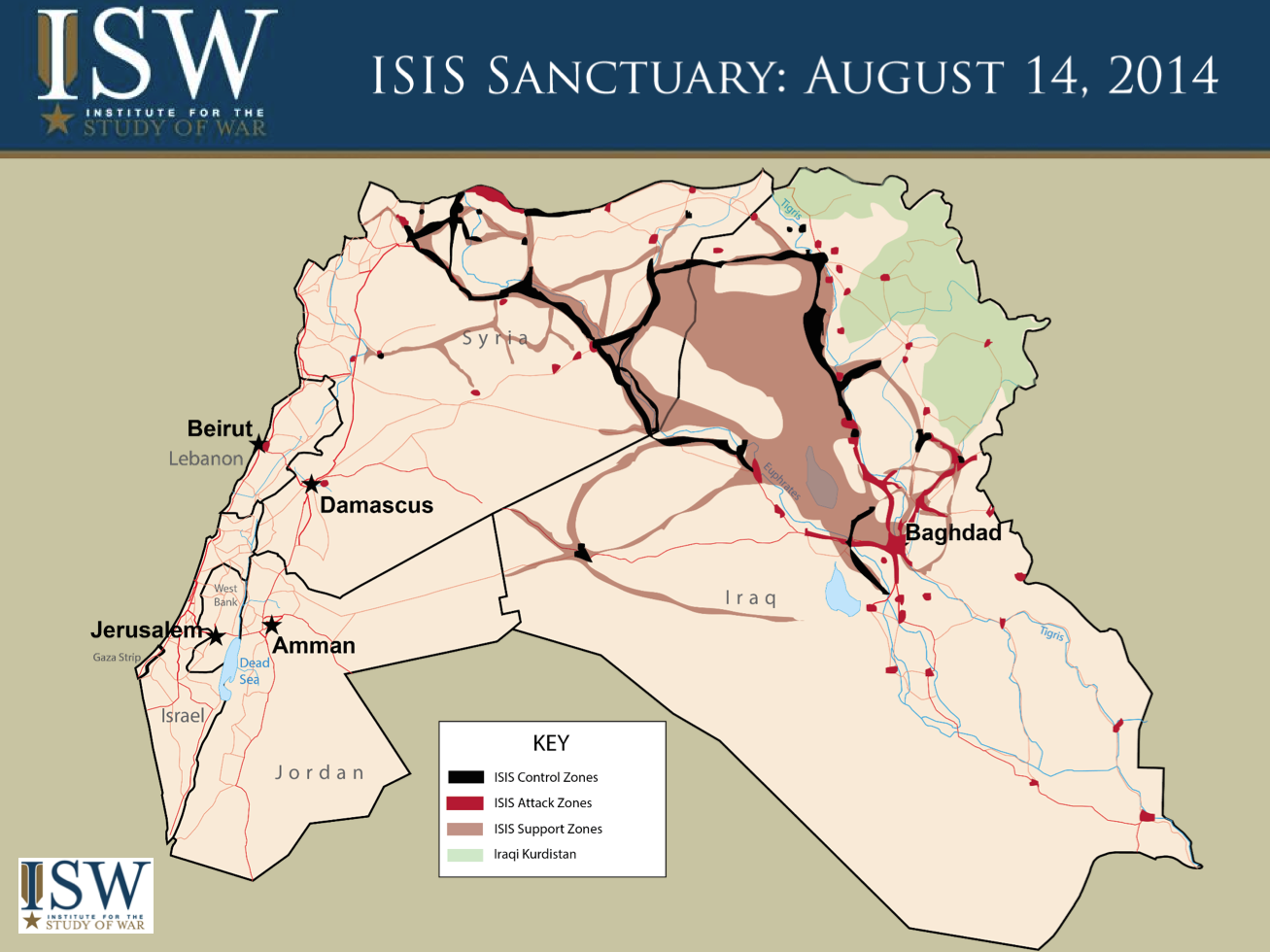 It is not clear what US forces will participate in the campaign or how the war will unfold—especially if there are air strikes inside Syria. If the Syrian government cooperates with US forces striking at their common ISIS enemy, then the air campaign will be a relatively simple.

In the later case, the US military would have to launch a much more comprehensive and risky campaign to degrade and destroy Syrian air defenses.

That would likely involve high-end stealthy combat aircraft such the Air Force’s Northrop Grumman B-2 Sprit and Lockheed Martin F-22 Raptor, which would be used to destroy the air defense systems and open a path for more conventional aircraft. Additionally, electronic attack aircraft like the Boeing EA-18G Growler and Northrop Grumman EA-6B Prowler could play a significant role in such a campaign.