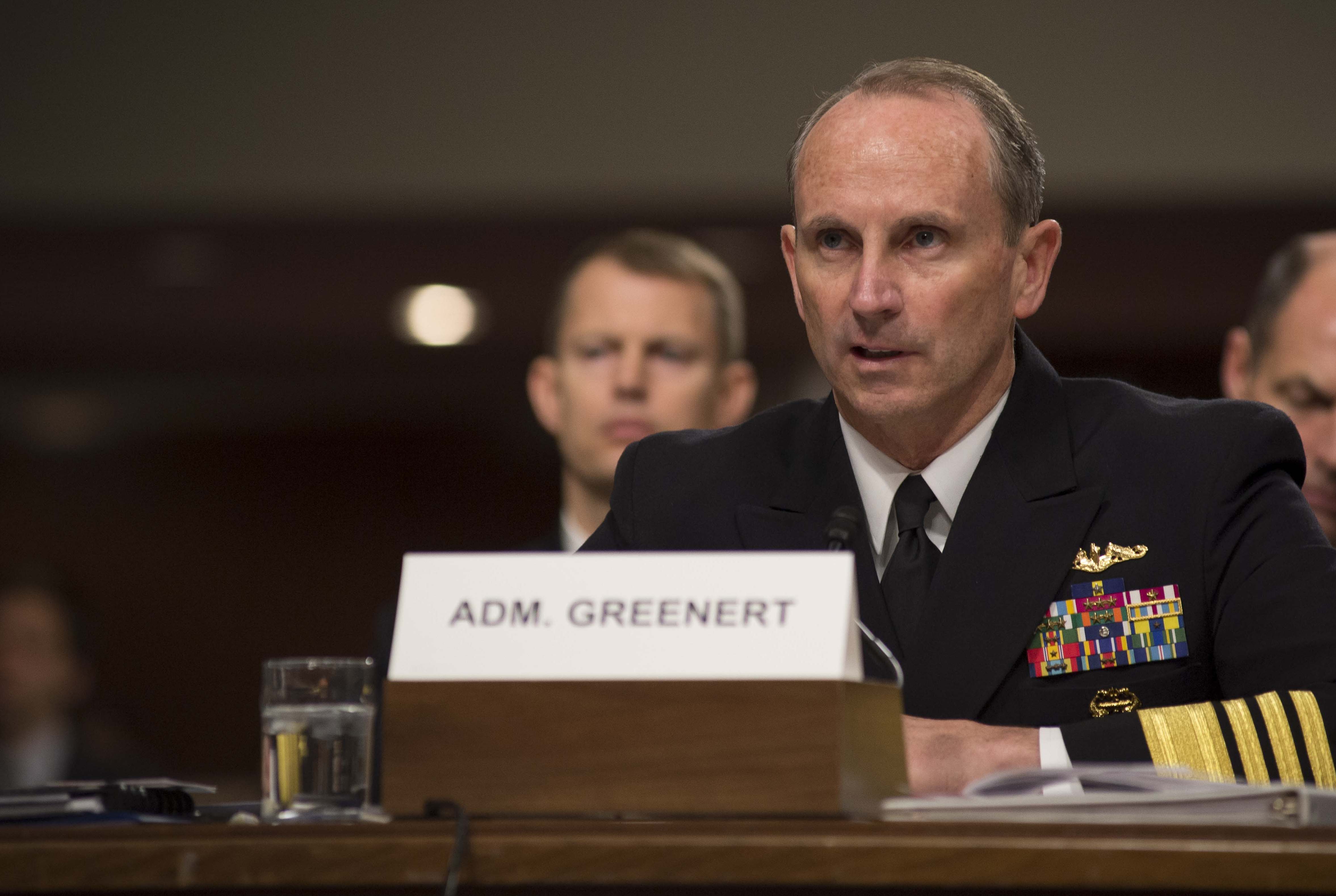 The head of the U.S. Navy decided to cut an unfunded request to Congress to start purchasing long lead items for the refueling and overhaul of USS George Washington (CVN-73) to better align with budget planning over the next five years, Chief of Naval Operations (CNO) Adm. Jonathan Greenert wrote in a March, 31 letter addressed to Congress and obtained by USNI News.

“I have not included specific funding in the [Fiscal Year] 2015 budget for the USS George Washington refueling overhaul,” wrote Greenert.
“This unfunded transcends FY 2015 — it is a Future Year Defense Program (FYDP) requirement. Retaining this aircraft carrier would require $7 billion across our FYDP. Thus, the decision to refuel or inactivate CVN-73 is dependent on the fiscal outlook in FY 2016 and beyond, and whether we will be forced to return to sequestration levels [of funding].”

A $796 million line item to begin the refueling and complex overhaul (RCOH) of George Washington was included in a draft unfunded priorities list sent to Congress but not the final version, USNI News reported on Wednesday.

The line item would have supported the advanced procurement of materials for the overhaul component of the carrier. Currently, the Navy has a line item in its FY 2015 budget submission to remove the fuel but not for overhaul or refueling work.

The four-year RCOH process costs more than $3 billion. That total rises to $7 billion over five years to also retain the crews and aircraft from the accompanying carrier air wing.

The decision, he said, would be based on if Congress decided whether or not to keep the so-called sequestration budget cuts that cap defense spending as part of the Budget Control Act of 2011.

Greenert’s unfunded move sets up a powerful negotiating point between Congress and the Obama administration over the ongoing sequestration cuts.

The Pentagon is now in a better position to tell Congress it would have to reduce the carrier force if sequestration stands. Greenert’s choice to leave the carrier line item off of the Navy’s unfunded request list gives Congress less political traction to pick and choose items it would see funded — like the RCOH — despite sequestration.

Navy officials pushed back against the notion the removal of the RCOH line item had political motivation.

“That was CNO’s decision and it was based on recent reviews where CNO felt it was more accurate to capture the total cost across the FYDP rather than solely address FY 2015,” Capt. Danny Hernandez, Greenert’s spokesman, told USNI News on Thursday.
“There’s no doubt that we desire the carrier.”

The fleet of ten Nimitz-class carriers were used early last year as a political tool to help force Congress’ to pass a defense budget after a string of continuing resolutions and sequester cuts threatened to short the Navy’s funds by $9 billion.

The service delayed the $3.3 billion RCOH of USS Abraham Lincoln (CVN-72) in early February and the image of five aircraft carriers in port at Naval Station Norfolk, Va. were used as one of the most visible examples of Pentagon spending woes.

The unfunded priorities list is a tool created by Congress for services to let legislators know directly where extra dollars would go.

The practice was stopped by then Secretary of Defense Robert Gates shortly after the U.S. Air Force submitted an unprecedented unfunded request for $19 billion as part of its FY 2009 budget submission.

The services submitted the new lists — for the first time in years— at the request of the House Armed Service’s Committee as part of the FY 2015 budget submission.