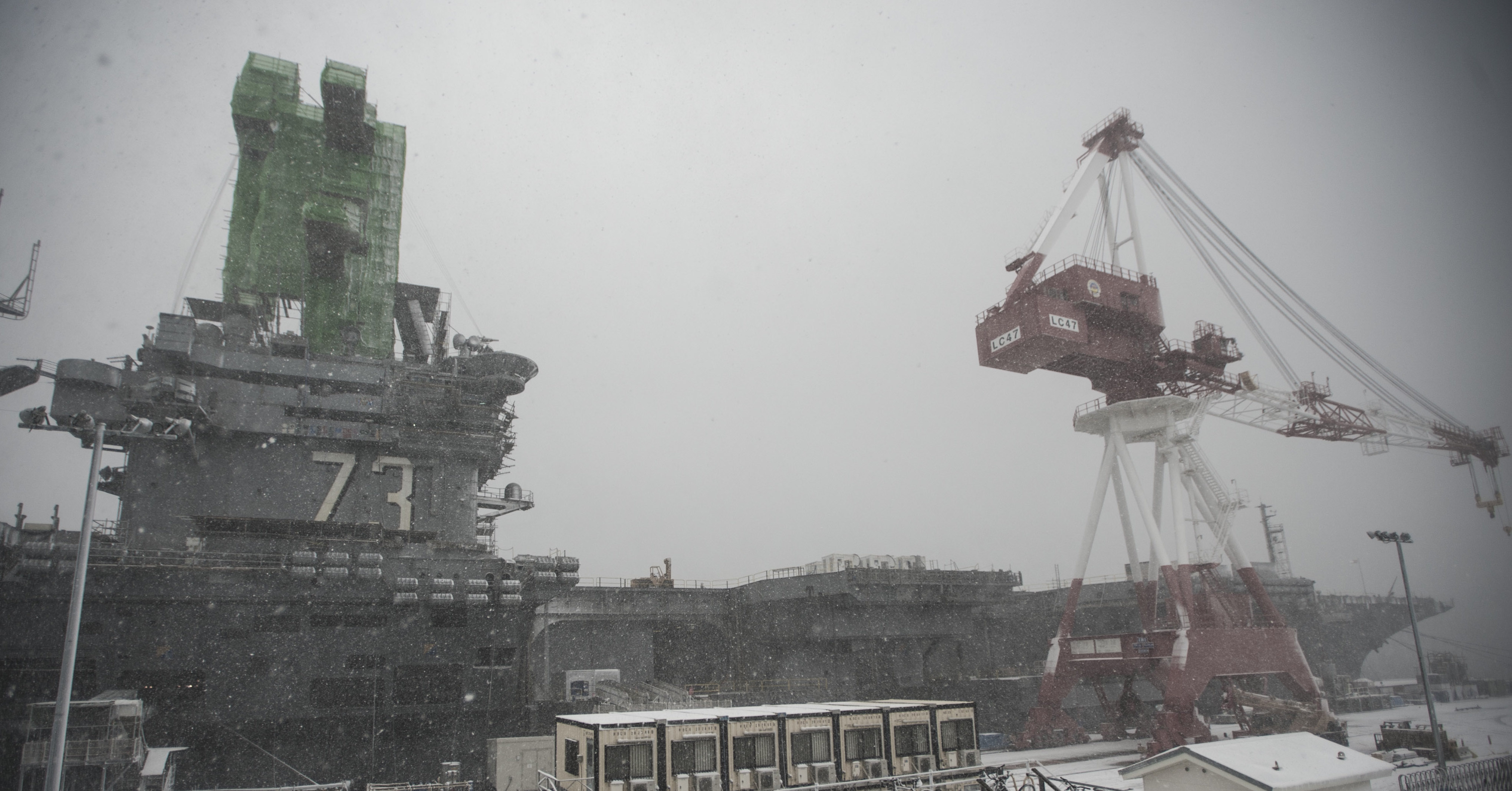 The headline and post have been updated to reflect comments from the Office of the Secretary of Defense.

A $796 million line item that would go toward the refueling and overhaul of USS George Washington (CVN-73) was removed from the Navy’s unfunded requirements list, several sources confirmed to USNI News.

The move raises questions if the larger Defense Department establishment is intent on keeping an 11 carrier U.S. Navy, or reduces it by one as a cost savings strategy.

The unfunded priorities list — originally requested by House Armed Service Committee Chairman Rep. Buck McKeon (R-Calif.) as part of the Fiscal Year 2015 budget submission — itemizes priorities all of the services would buy if they had additional funds over their budget submissions.

In at least one version of the list, submitted to OSD, the Navy included the funds that would start assembling materials for the Refueling and Complex Overhaul (RCOH) of George Washington — a three year almost $3 billion effort to extend the life of the aircraft carrier for an additional 25 years, several sources confirmed to USNI News. The list also included 22 EA-18G Growler electronic attack aircraft.

However, the list from the Navy did not go directly to Congress and was vetted by OSD before the final version was delivered.

The final Pentagon approved version of the list — delivered to Congress but not yet released — had the $796 million line item removed, multiple sources confirmed to USNI News.

“The Navy unfunded priority list submitted to OSD which was signed by the CNO included no funding for USS George Washington’s RCOH,” a defense official told USNI News on Wednesday afternoon.

Navy sources told USNI News the service had little visibility on the list by the time it reached the Pentagon but several confirmed the RCOH line item was on the submission.

Several legislative sources told USNI News that the final version of the yet-to-be released unfunded list from the Pentagon had the line item removed. A draft version the Pentagon had given to Congress had included the $796 million request.

In late February, Secretary of Defense Chuck Hagel announced that decommissioning George Washington could be an option for the Pentagon as a cost saver for the DoD.

“We will have to make a final decision on the future of the George Washington aircraft carrier in the 2016 budget submission,” Hagel said on Feb. 24.
“If sequestration spending levels remain in place in Fiscal Year 2016, she would need to be retired before her scheduled nuclear refueling and overhaul.”

Unfunded lists have been a controversial political tool the services have used for years.

Famously, the U.S. Air Force delivered an unprecedented $19 billion unfunded list for Fiscal Year 2009 to Congress that included a $1.1 billion for funds for the F-22 Raptor tactical fighter by then Secretary of the Air Force Michael Wynne and Air Force Chief of Staff Gen. T. Michael Moseley.

Not long after the Air Force unfunded submission then Secretary of Defense Robert Gate stopped the practice.