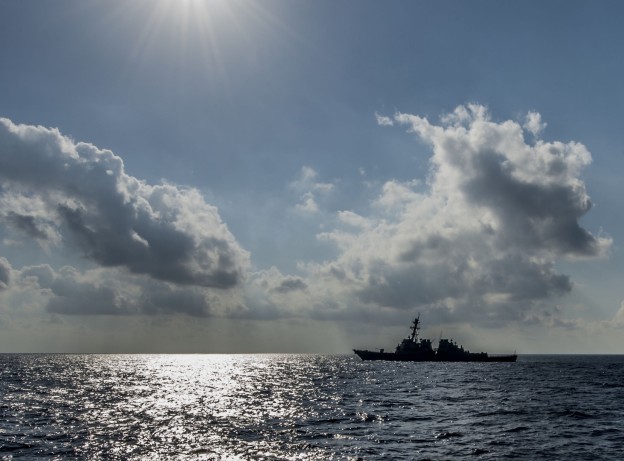 “We have no plans at this time to change our military posture in the Mediterranean,” Pentagon spokesman George Little told reporters. “We’re prepared for any potential military contingencies that might involve Syria.”

The U.S. and Russia are currently negotiating — under the auspices of the United Nations —to create a scheme to seize chemical weapons believed to be controlled by the Bashar Al-Assad regime. The negotiations have — so far — paused plans for a limited military strike on Al-Assad’s military assets.

“There are potential diplomatic scenarios that could lead to positive developments, so we’re clear-eyed about those discussions with the Russians, and we need to see where they go. But we believe very strongly that the credible threat of military strikes has enabled the diplomatic process to unfold,” Little said.

Nimitz CSG is currently in the Red Sea as a contingency force, delaying a return to homeport Naval Station Everett, Wash.

Along with the four destroyers in the Mediterranean, the Navy likely has some number of attack submarines as well as an Ohio-class guided missile submarine in the region.

Chief of Naval Operations Adm. Jonathan Greenert has said the Navy would need supplemental funds to cover the extra cost of ships in the region if the standoff extends into October.