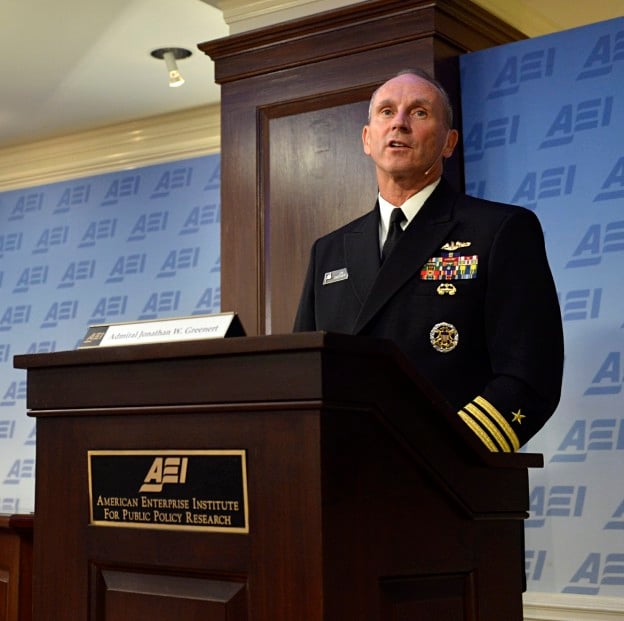 If the ongoing standoff between Syria and U.S. navy ships extends into October, the Navy may have to reshuffle funds to support the massed ships in the Eastern Mediterranean, Chief of Naval Operations Adm. Jonathan Greenert said Thursday at an event at the American Enterprise Institute.

“For the remainder of this year — the weeks in September — we’re comfortable that we could accommodate the operations,” Greenert said.
“Many of those ships are already over there and already budgeted to be over there.”

Normally the Navy budgets ship operations in its yearly operations and maintenance. For example the service operates one to two Arleigh Burke–class destroyers (DDG-51) in the Mediterranean on ballistic missile defense (BMD) patrols. However the Navy has massed four destroyers and one amphibious warship near Syria and will have to cover the difference from other accounts if the ships stay past the start of the Pentagon’s fiscal year on Oct. 1.

In addition to the four destroyers in the region, the Navy has positioned the aircraft carrier USS Nimitz (CVN-68), its escort of three Arleigh Burke guided missile destroyers and one Ticonderoga guided missile cruiser have been tasked to the Red Sea.

In order to fund the into Fiscal Year 2014, Greenert said supplemental funding could be needed to extend operations into October.