Dave Baranek was a technical advisor for the film, “Top Gun.”

When Tony Scott was hired to helm the motion picture “Top Gun,” he had been directing television commercials and music videos during a time-out from Hollywood after his first movie failed to achieve expectations. Producers Don Simpson and Jerry Bruckheimer wanted offered Scott the job of director, thinking his talent for 30-second spectacles would give the film a look of tightly controlled chaos of the dog fighting and life onboard an aircraft carrier. Scott quickly fell in love with the concept and signed on.

To use fighter pilot lingo, Scott re-engaged into movie making with a bag full of knots and guns blazing. The result was not only the highest-grossing movie of 1986, but an enduring film that still finds an audience on television and it continues to be the most familiar image of Naval Aviation for a great many people. 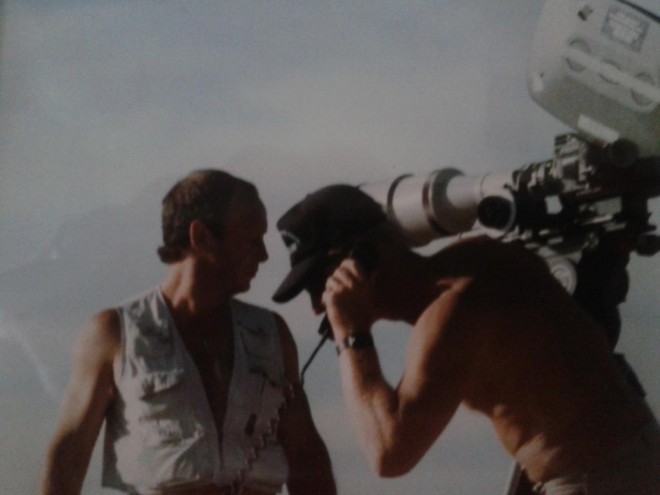 Like the commanding officer of a ship or squadron, Scott deserves the end-of-tour award for “Top Gun’s” success. He was personally responsible for melding the producers’ vision, the actors’ talent, and the technicians’ skills into celluloid and he did it with enthusiasm. As a 27-year old lieutenant and instructor at the real Top Gun, I remember seeing Scott in action around Miramar, where his compact physical size seemed incapable of containing all of the man’s energy. The excess energy usually came out as four-letter words, conveying not a mean spirit, but a passion for excellence. 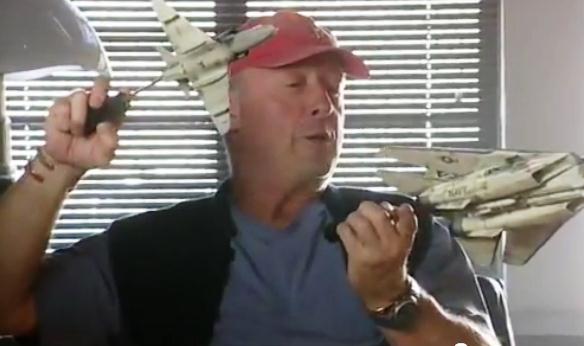 John Semcken, former F-14 pilot and the Navy’s liaison for the movie, recalls that Scott was detail oriented and incredibly energetic. “I worked with him every day for eight months,” Semcken said. “It was a fantastic experience, I loved it.”

The result was not a documentary by any stretch.
Iceman’s teeth-clenching, Maverick’s motorcycle ride along the runway and the memorable F-14 tower fly-by were exaggerations of the characters and events of the reality of the Navy experience. But, man, did those tall tales capture an audience, male and female, old and young. The audience was also treated to the unbridled enthusiasm of flight deck crewmen launching jet fighters and the deep bond among comrades-in-arms. These are things military people do experience and now millions more have seen at least a glimpse of them. 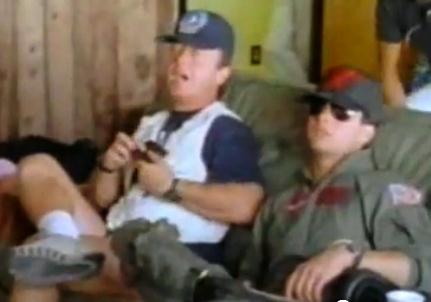 Former F-14 pilot Lloyd Abel, the pilot for that tower fly-by and the film’s F-14 aerial coordinator, admired Scott’s commitment to accuracy. The director would start with an incredible idea, and then work with his Navy advisors and crew to get it on film. Abel summed it up, “Tony Scott learned to respect the aviators and the aircraft.”

Scott went on to make more than a dozen exciting motion pictures that thrilled and captivated audiences. But in the end, we cannot know the demons Scott faced. As Abel said, “I wish we could have been there for him.”

You are cleared for takeoff, Tony Scott. Have a good flight.