The Ground Unmanned Support Surrogate (GUSS) isn’t a final program of record for the service but a platform to prove concepts that could be useful for Marines in the future. 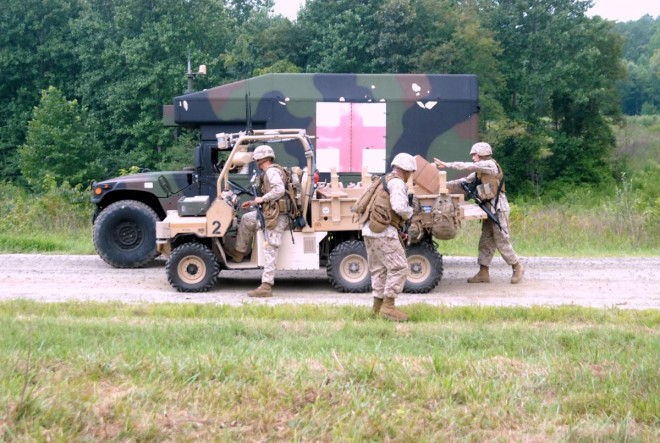 GUSS can be controlled by several methods including a GPS guided predetermined waypoint mode, a “follow me” mode in which GUSS follows a Marine with a controller and using the same controller to navigate the controller directly.

As the experimentation progresses, MCWL is looking transfer the technology to a MV-22 transportable Growler Internally Transportable Vehicle (ITV).

During a July 30 demonstration, Marines encountered a simulated artillery strike and used the GUSS to simulate an evacuation of a casualty. In addition to GUSS, MCWL tested an unmanned versions of two 7-ton Oskosh-built Medium Tactical Vehicle Replacement (MTVR) trucks. 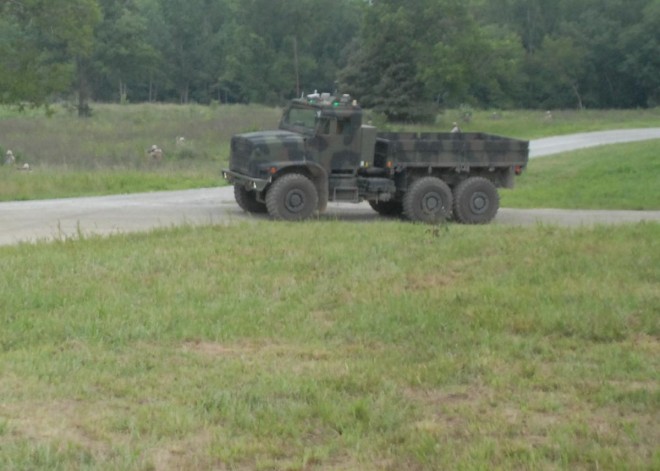 The two unmanned MTVRs will operate in a convoy with a third MTVR that acts as a guidance beacon. The unmanned vehicles are equipped with a combination of radar, LIDAR (Light Detection And Ranging) sensors and internal navigation equipment to provide a complete maneuver picture for the vehicles.

The logistics exercise finishes on August 7 and MCWL will tabulate the data for the next set of experiments.