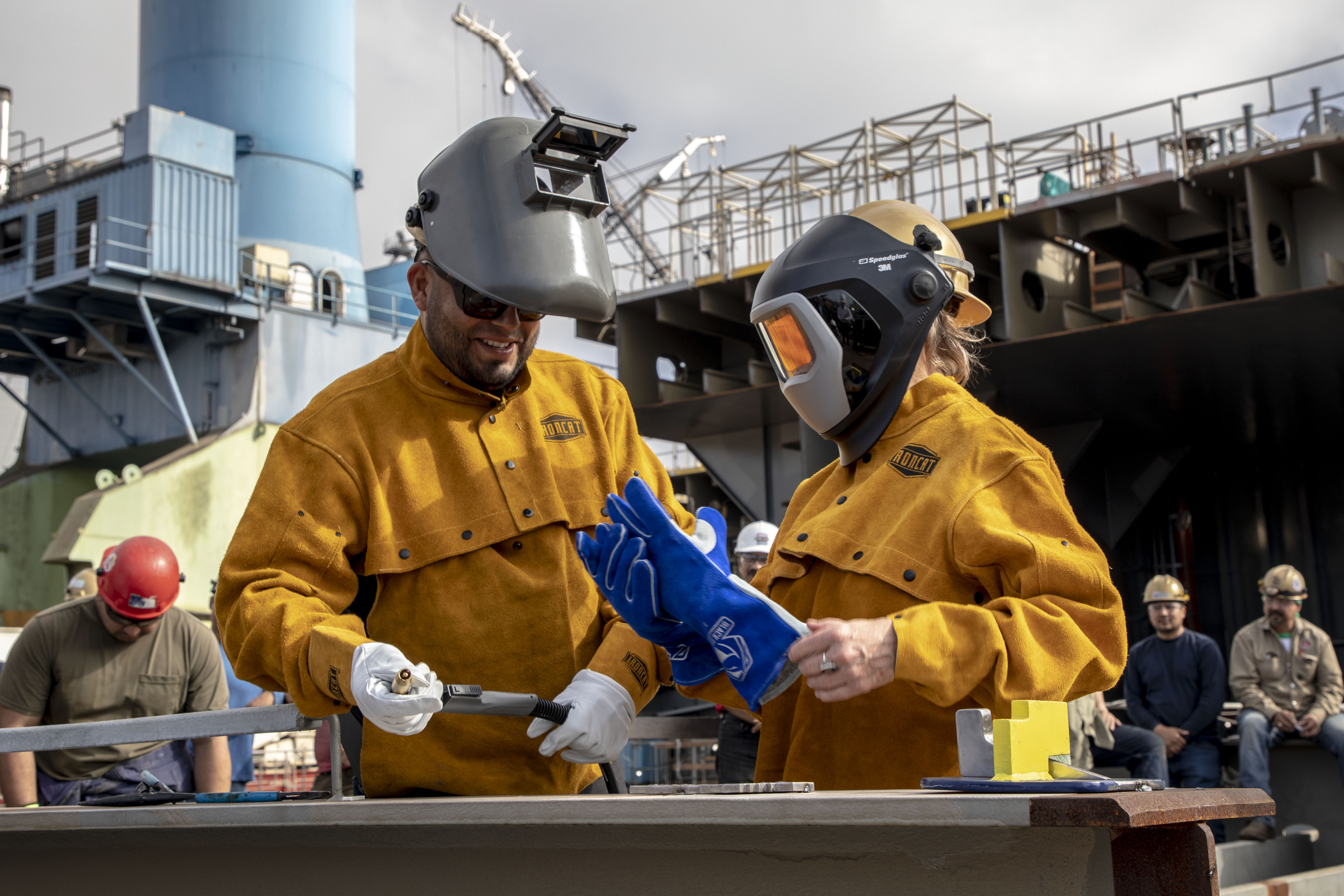 General Dynamics National Steel and Shipbuilding Company recently laid the keel for the Navy’s next Expeditionary Sea Base, the service announced today. END_OF_DOCUMENT_TOKEN_TO_BE_REPLACED 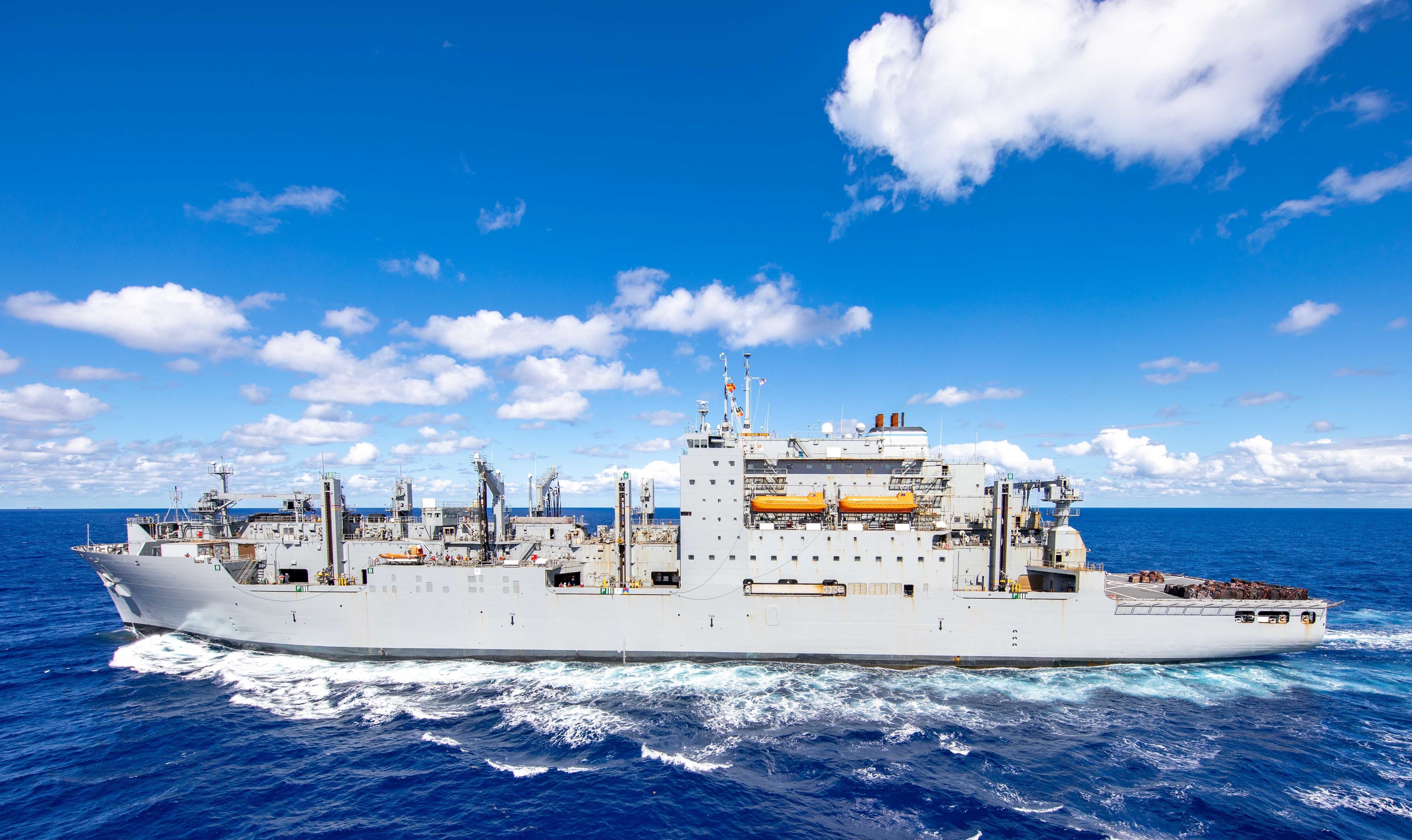 ARLINGTON, Va. – The American defense maritime industrial base has atrophied to a point where the United States builds less than 1 percent of the world’s ocean-going fleets and has less than 4 percent of the world’s licensed mariners while China establishes itself as a maritime nation, Military Sealift Command’s top officer said Tuesday. END_OF_DOCUMENT_TOKEN_TO_BE_REPLACED 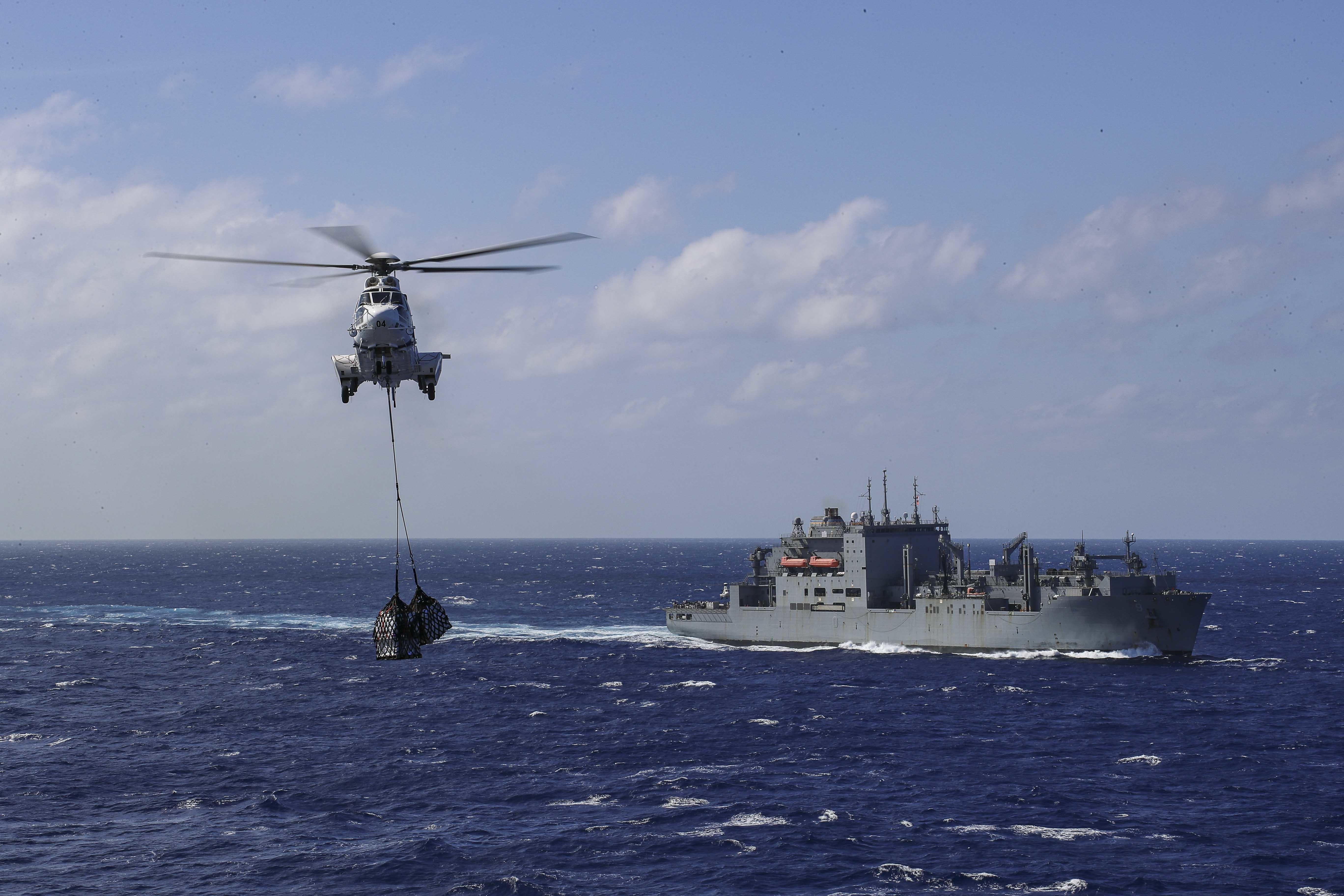 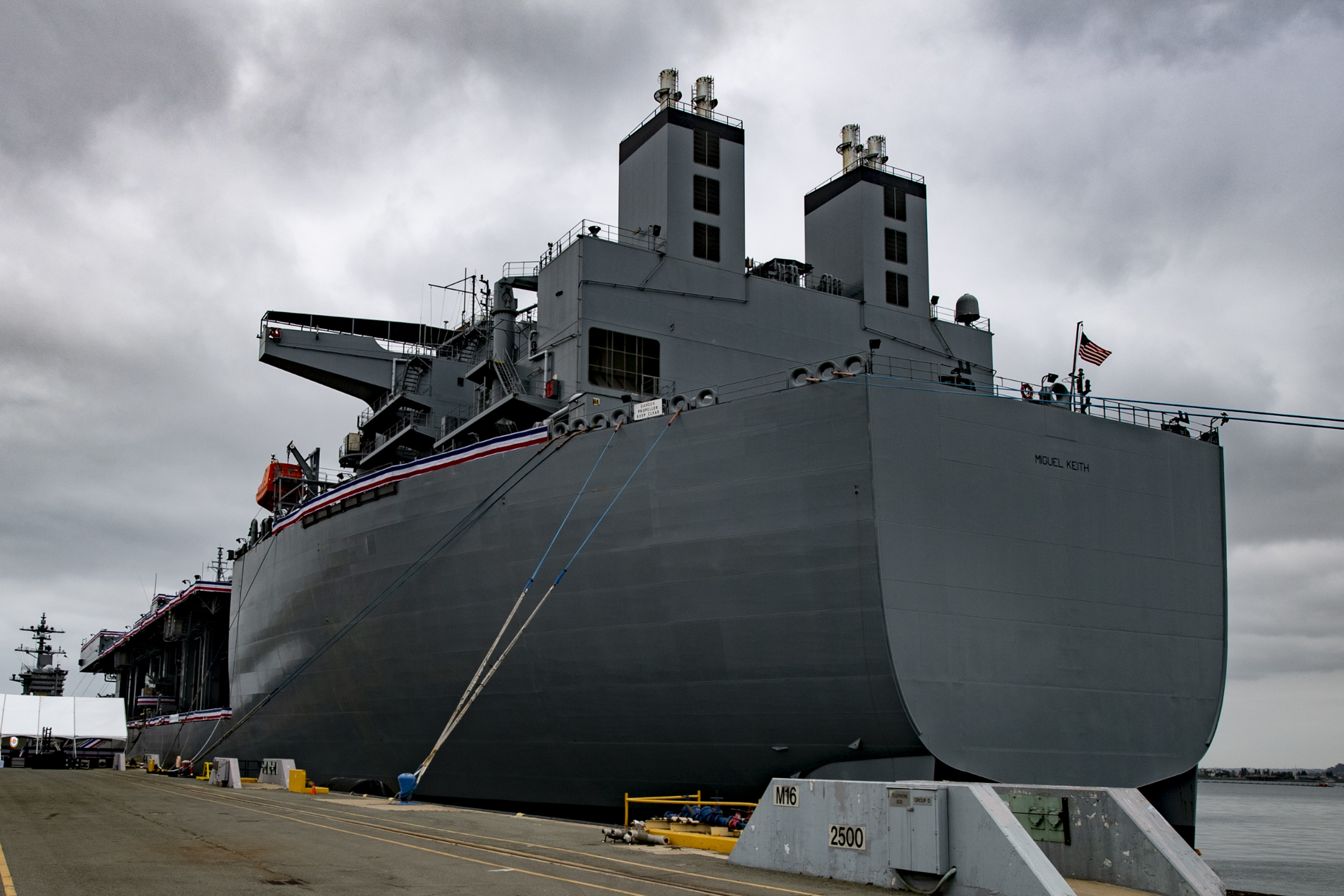 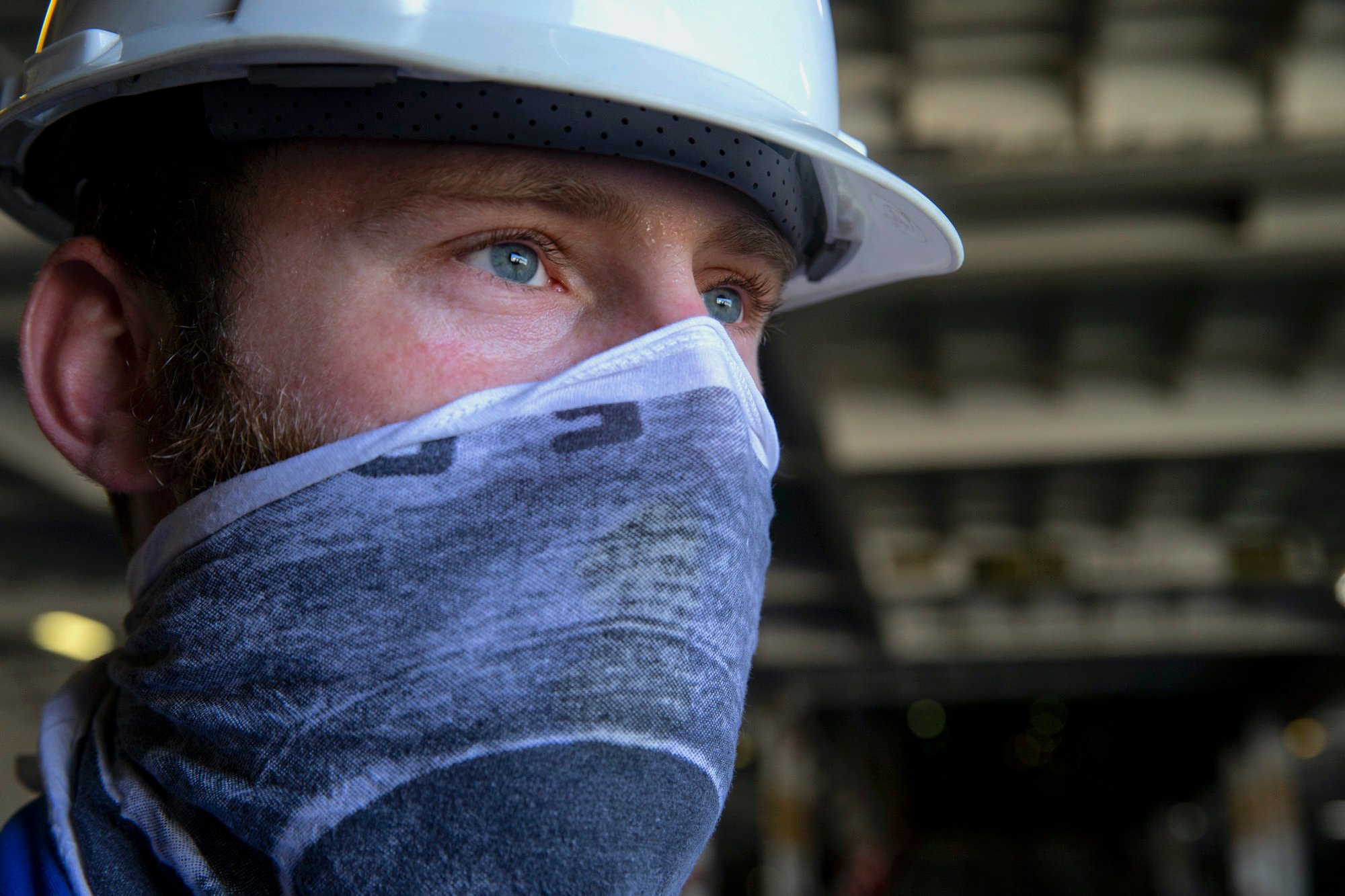 Daniel Murphy, a deck cadet with United States Merchants Marine, supervises as cargo is transported into the Green Cove with equipment being sent to the Distribution Management Office Yermo, Calif., on July 6 at Naha Port in Okinawa, Japan. MSC Photo

Civilian mariners are frustrated with stay-on-ship measures put in place to prevent COVID-19 outbreaks and their unions have filed a formal grievance with Military Sealift Command, even as MSC has been touting the extreme care it’s taken to avoid getting its employees sick or spreading the illness to warships they resupply at sea. END_OF_DOCUMENT_TOKEN_TO_BE_REPLACED 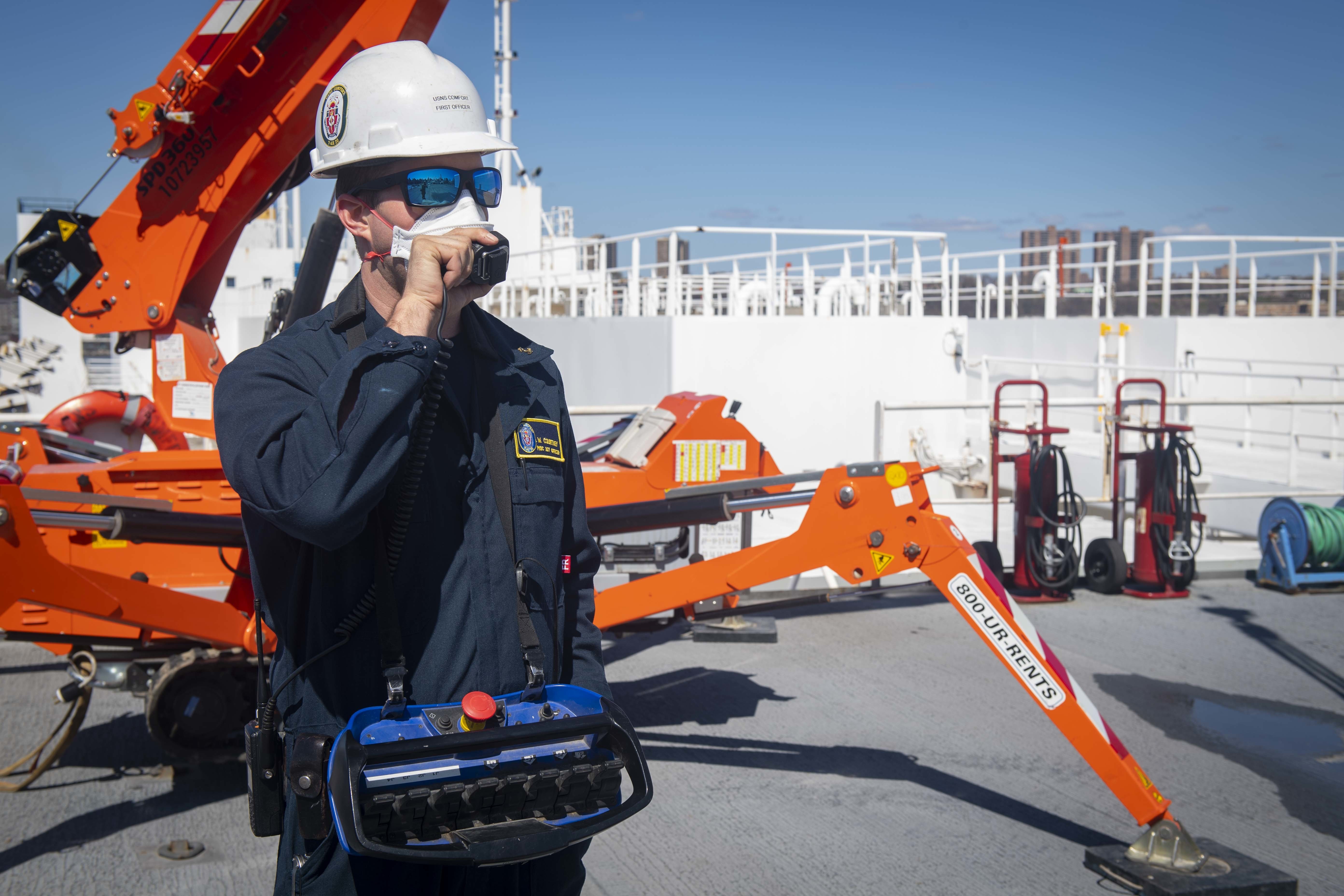 The Military Sealift Command is keeping supplies moving uninterrupted throughout the globally operating Navy fleet and has done so with zero COVID-19 infections among its civilian mariners at sea due to early and aggressive actions, the commander of MSC told USNI News. END_OF_DOCUMENT_TOKEN_TO_BE_REPLACED

A UH-60 Black Hawk is raised from Military Sealift Command’s voyage-charter, general-purpose, heavy-lift vessel MV Ocean Grand at the pier in Sattahip, Thailand, Aug. 17, during an offload of equipment that will be used during exercise Hanuman Guardian 2018.

An aging and inactive government fleet dependent on a shrinking pool of merchant mariners to get underway is how a new report describes the U.S. military’s strategic sealift capability.

END_OF_DOCUMENT_TOKEN_TO_BE_REPLACED

SATTAHIP, Thailand—A UH-60 Black Hawk is raised from Military Sealift Command’s voyage-charter, general-purpose, heavy-lift vessel MV Ocean Grand at the pier in Sattahip, Thailand, Aug. 17, during an offload of equipment that will be used during exercise Hanuman Guardian 2018. (Courtesy photo/Released) 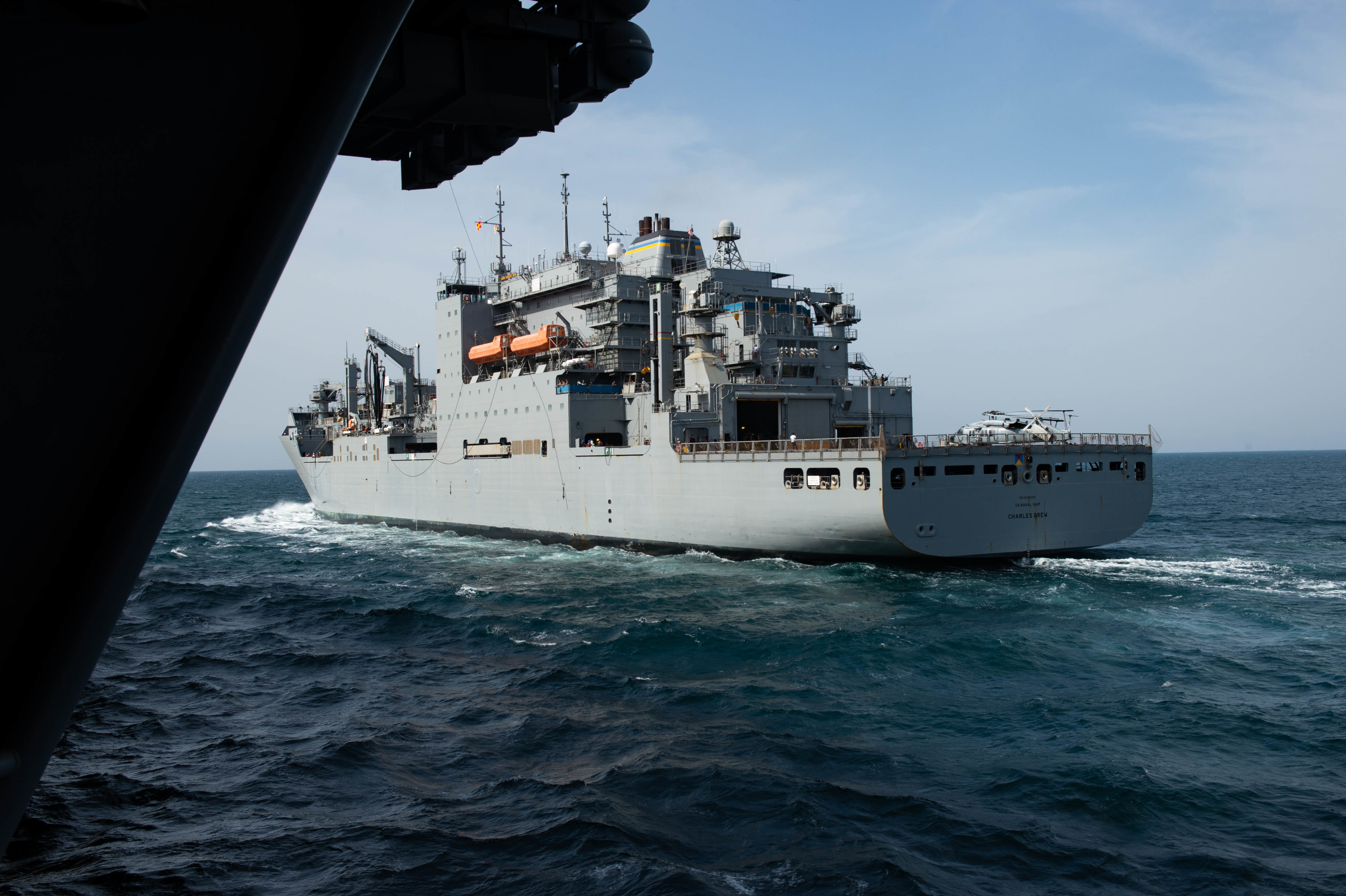