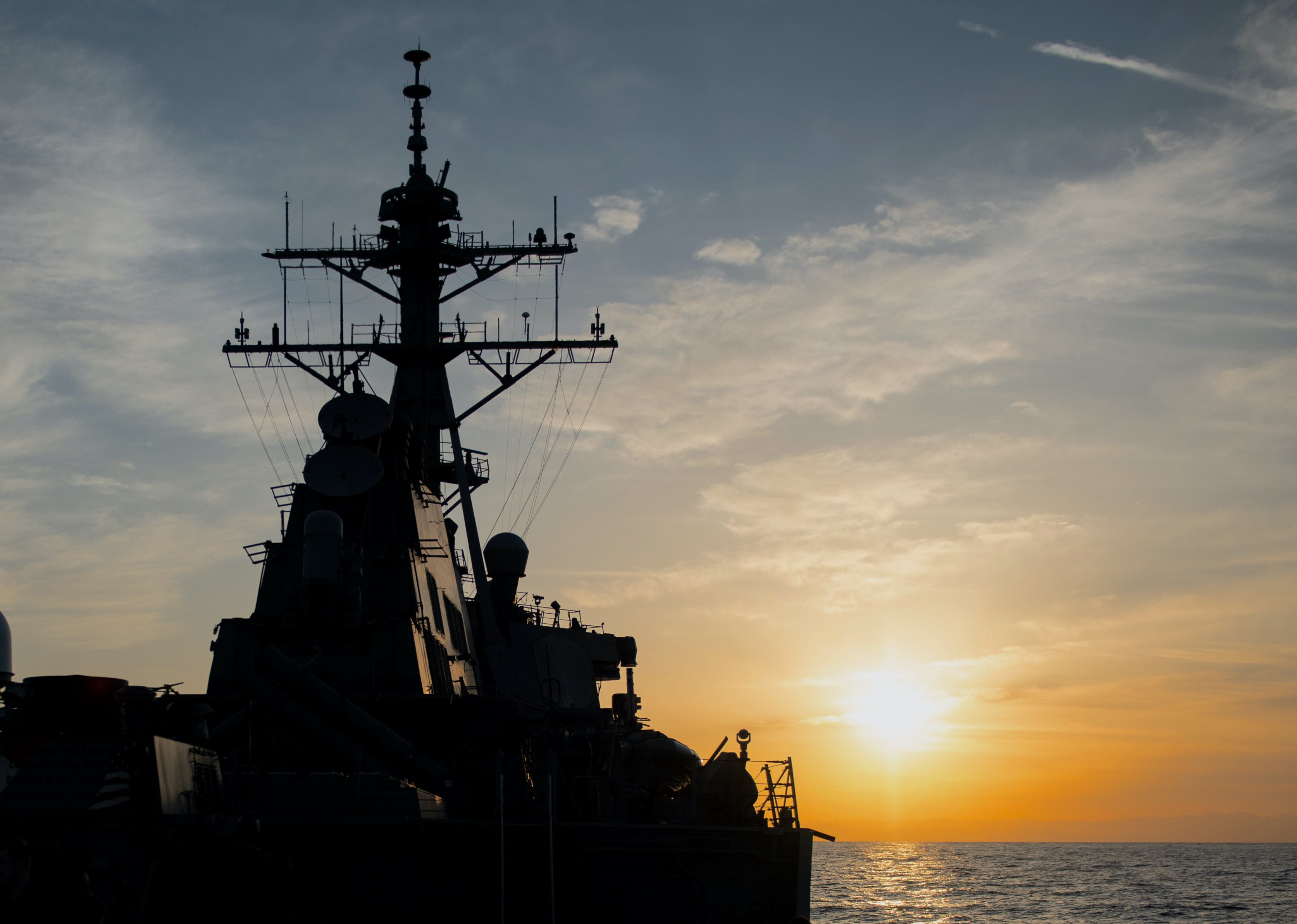 USS Barry (DDG-52) transits at sunset during operations in the Pacific on Oct. 5, 2020. US Navy Photo

The Navy’s next warship needs more missiles than the current crop of Arleigh Burke guided-missile destroyers but must be smaller and cheaper than the trio of Zumwalt-class DDGs, Chief of Naval Operations Adm. Mike Gilday said on Tuesday. END_OF_DOCUMENT_TOKEN_TO_BE_REPLACED

The guided-missile destroyer USS Bainbridge (DDG-96) sails in the Arabian Sea. Bainbridge is deployed to the U.S. 5th Fleet area of operations in support of naval operations to ensure maritime stability and security in the Central Region. US Navy photo

ARLINGTON, Va. – The Navy is now taking a “measured” approach to developing its next large combatant, with the director of surface warfare saying he expects to buy the first ones in the late 2020s after certain technologies mature, following previous plans to begin the ship program as early as 2023. END_OF_DOCUMENT_TOKEN_TO_BE_REPLACED