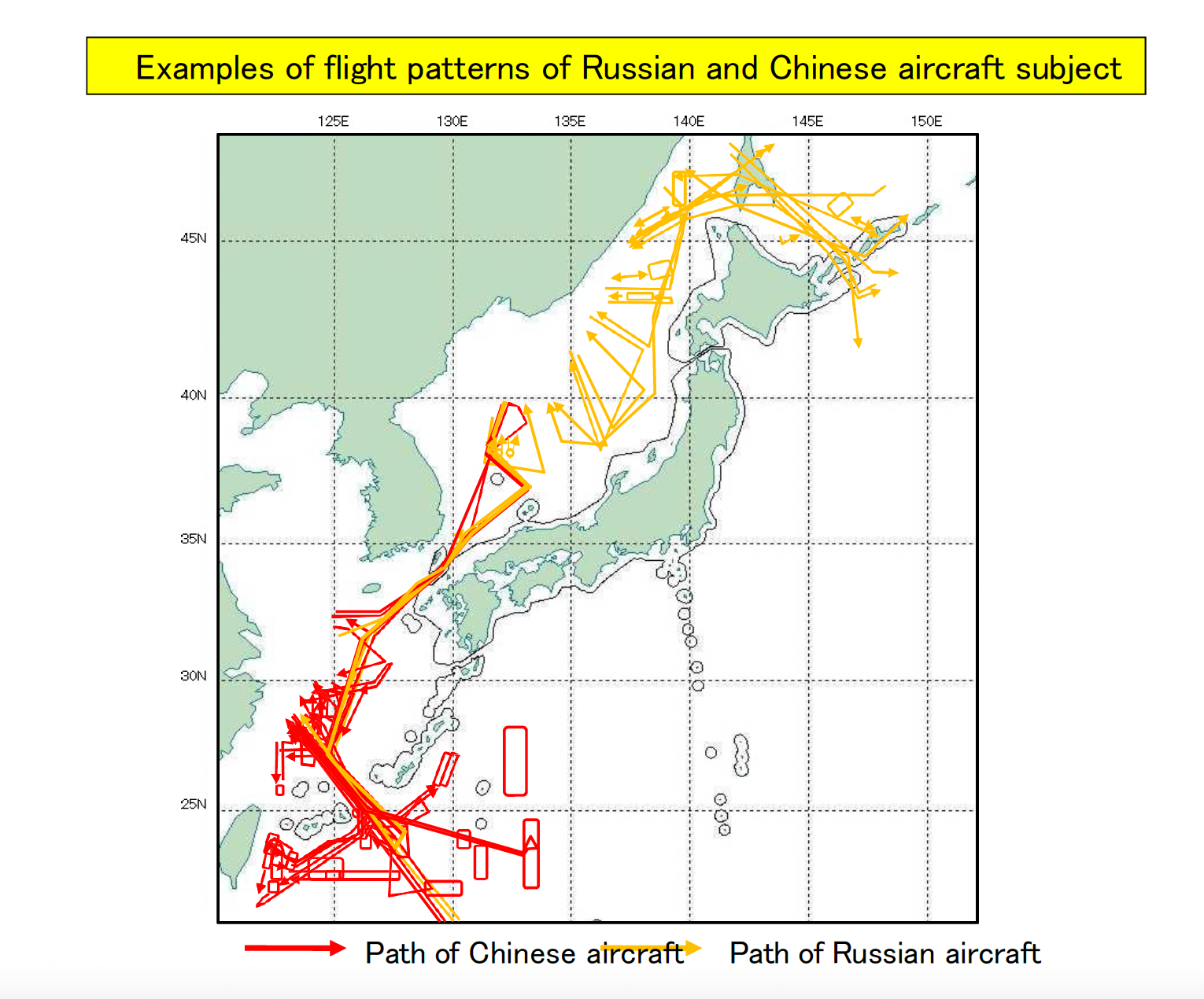 The Japan Air Self-Defense Force carried out a total of 612 fighter scrambles against foreign aircraft by the end of the third quarter of Fiscal Year 2022, a decrease from a total of 785 scrambles in the same period for FY 2021, according to a report released Friday by the Joint Staff Office of Japan’s Ministry of Defense. 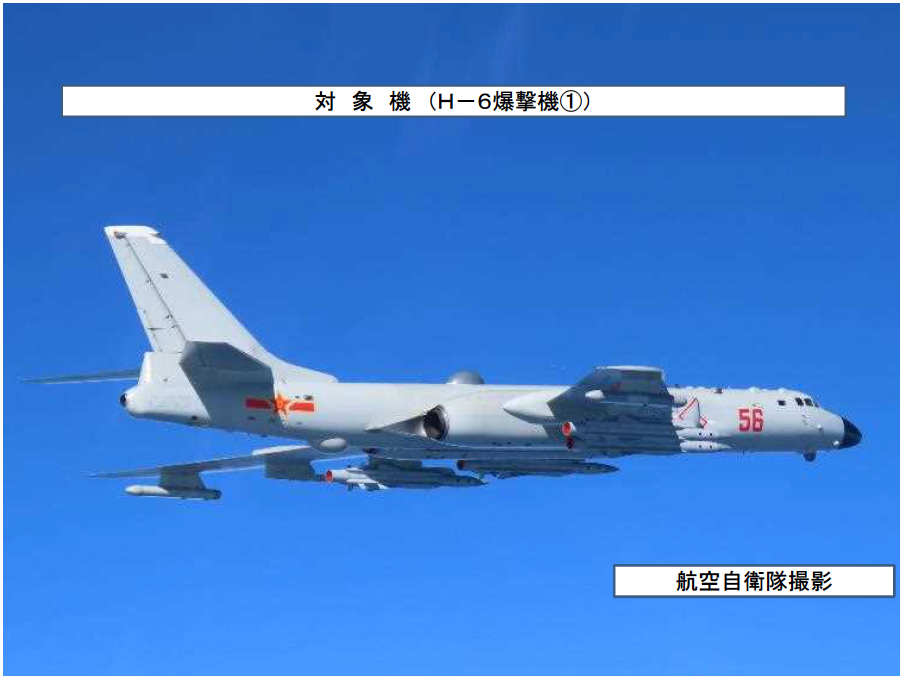 Two instances were joint flights by Russian Tu-95 and Chinese H-6 bombers, the first occurring on May 24 from the Sea of Japan, through the Tsushima Strait and out to the East China Sea and Pacific Ocean before returning the same way. The second joint flight included Russian Tu-95 and Chinese H-6 bombers flying the same route on Nov. 30, with Chinese fighter aircraft accompanying them on some legs

On Thursday and Friday, the JSO also issued two news releases on the operations of a Chinese Dongdiao-class surveillance vessel, a Chinese UAV and a Chinese Y-9 surveillance aircraft. At 12 noon local time on Thursday, a Dongdiao-class surveillance vessel was sighted sailing southeast in an area 80 kilometers west of Kume Island, according to the Thursday JSO release. The hull number and image in the release identified the ship as CNS Yuhengxing (798). The PLAN ship then sailed southeast through the Miyako Strait into the Pacific Ocean, while Japan Maritime Self-Defense Force minesweeper JS Toyoshima (MSC-685) and a JMSDF P-3C Orion Maritime Patrol Aircraft of Fleet Air Wing 5 based at Naha Air Base, Okinawa, monitored, according to Japanese military.

In the afternoon of that same day, a Chinese BZK-005 UAV flew from the East China Sea and through the Miyako Strait into the Pacific Ocean, according to a second JSO release issued on Thursday. The UAV then flew over the Pacific Ocean, south of Okinawa, before turning around and flying through the Miyako Strait and back into the East China Sea. JASDF fighter aircraft from the Southwestern Air Defense Command scrambled in response, the Japanese military said.

On Friday morning, A Chinese Y-9 surveillance aircraft flew in from the East China Sea, transited into the Pacific through the Miyako Strait and then flew in a circle in the Pacific Ocean before turning back and flying through the Miyako Strait into the East China Sea, according to a Friday news release from the JSO. JASDF fighter aircraft also scrambled to intercept the Chinese aircraft.