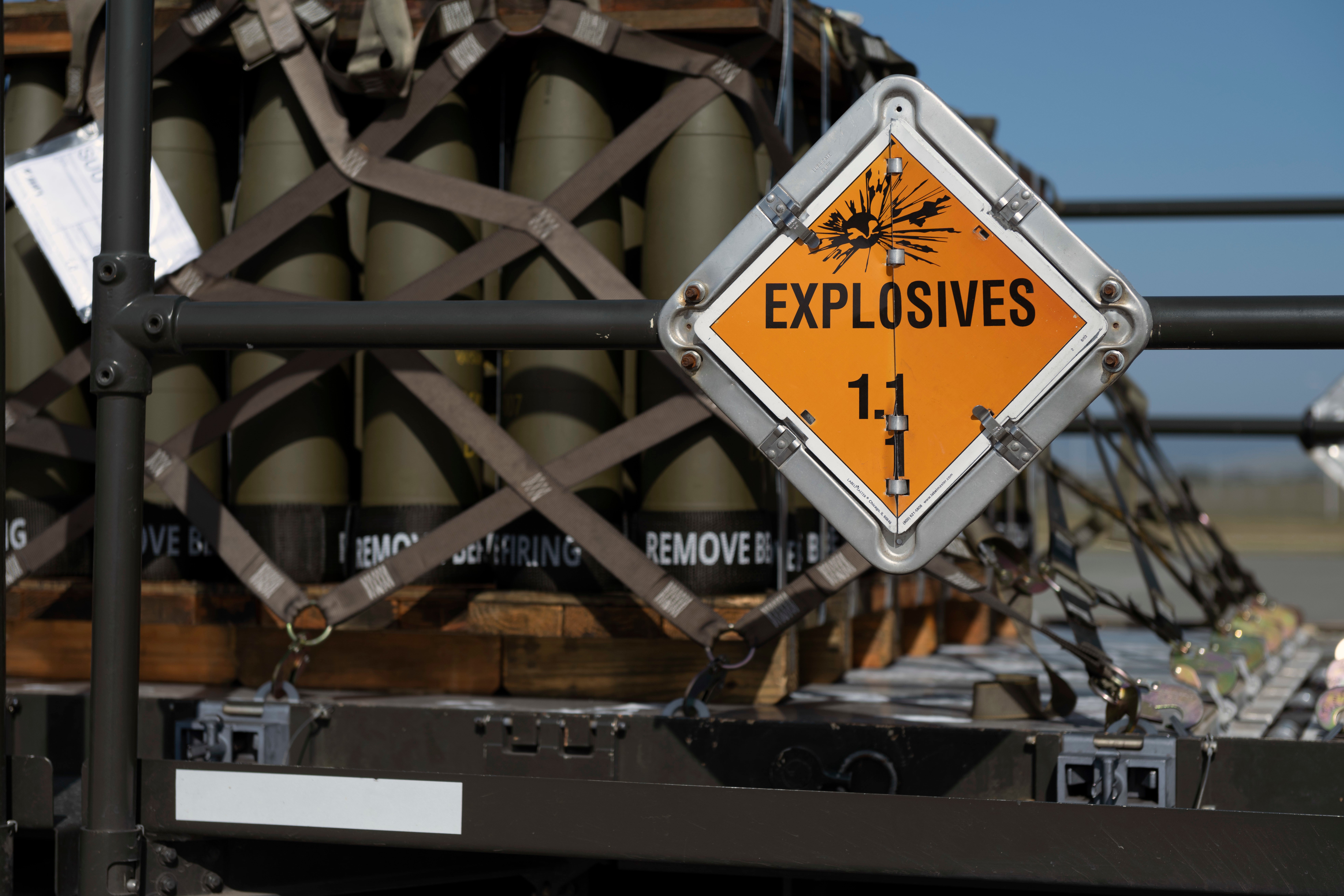 Pallets holding munitions are transported off an aircraft cargo loader into a Boeing 747 at Travis Air Force Base, California, April 26, 2022. US Air Force Photo

The equipment needed to resist Russian attacks, such as from drones, many of which are now coming from Iran, is not pricy, said former minister of defense of Ukraine Andriy Zagorodnyuk. Much of the needed weapons are stockpiled in partners’ military warehouses.

“We’ve been talking about this for a long time, but [short-range air defense systems] are still not here,” Zagorodnyuk said.

The most recent drone and cruise missile attacks on Ukrainian civilian targets have knocked out about 50 percent of the nation’s electrical system, Ivanna Klympush-Tsintsadze, a Ukrainian official working on integration with the European Union, said at the Atlantic Council event.

Ukraine needs “multi-level systems” from sophisticated Patriots best used to defend a city against ballistic and cruise missiles to the close-in defense needed to protect infrastructure like power plants and water systems from drone strikes, he and retired Lt. Gen. Ben Hodges said.

The Pentagon is finalizing plans to ship at least one Patriot battery and precision munition kits to Ukraine, news sources have reported in recent weeks. A senior defense official told reporters Tuesday night that a Patriot missile battery will be included in an aid package for Ukraine set to be announced by the White House.

“Air and missile defense has to be an integrated network” to be effective, Hodges said.

One Patriot battery in Ukraine is “a drop in the bucket” when it comes to overall air and missile defense and is best employed to defend large areas, Hodges said. While it would require training Ukrainians on the system, Hodges expected those assigned to the battery would be experienced in operating missile systems and would successfully master Patriot quickly.

The way around more difficult repair issues without sending American soldiers into Ukraine would be to fall back on the private sector to be in country to assist Kyiv, rather than looking to Poland for parts or to the United States for major repairs.

“Maintenance is kind of mundane until you don’t have it,” Hodges said.

Ukraine still has urgent needs, such as a shortage of ammunition and weapons that need to be immediately filled, Zagorodnyuk said. He specifically mentioned armor, missiles that have longer than a 75-kilometer range and aviation.

These “are well-known problems,” he said.

On the longer-range missiles, like the Army’s surface-to-surface ATACMS [Army Tactical Missile System], Hodges said they could strike Russian supply depots in Donbas, eastern Ukraine, making it “very difficult to resupply its forces” now and in a possible spring offensive. They also could make Crimea “untenable” by knocking out command nodes, depots and the one bridge and one land route between Russia and the illegally annexed province. The Russian Black Sea fleet is harbored at Sevastopol in Crimea. 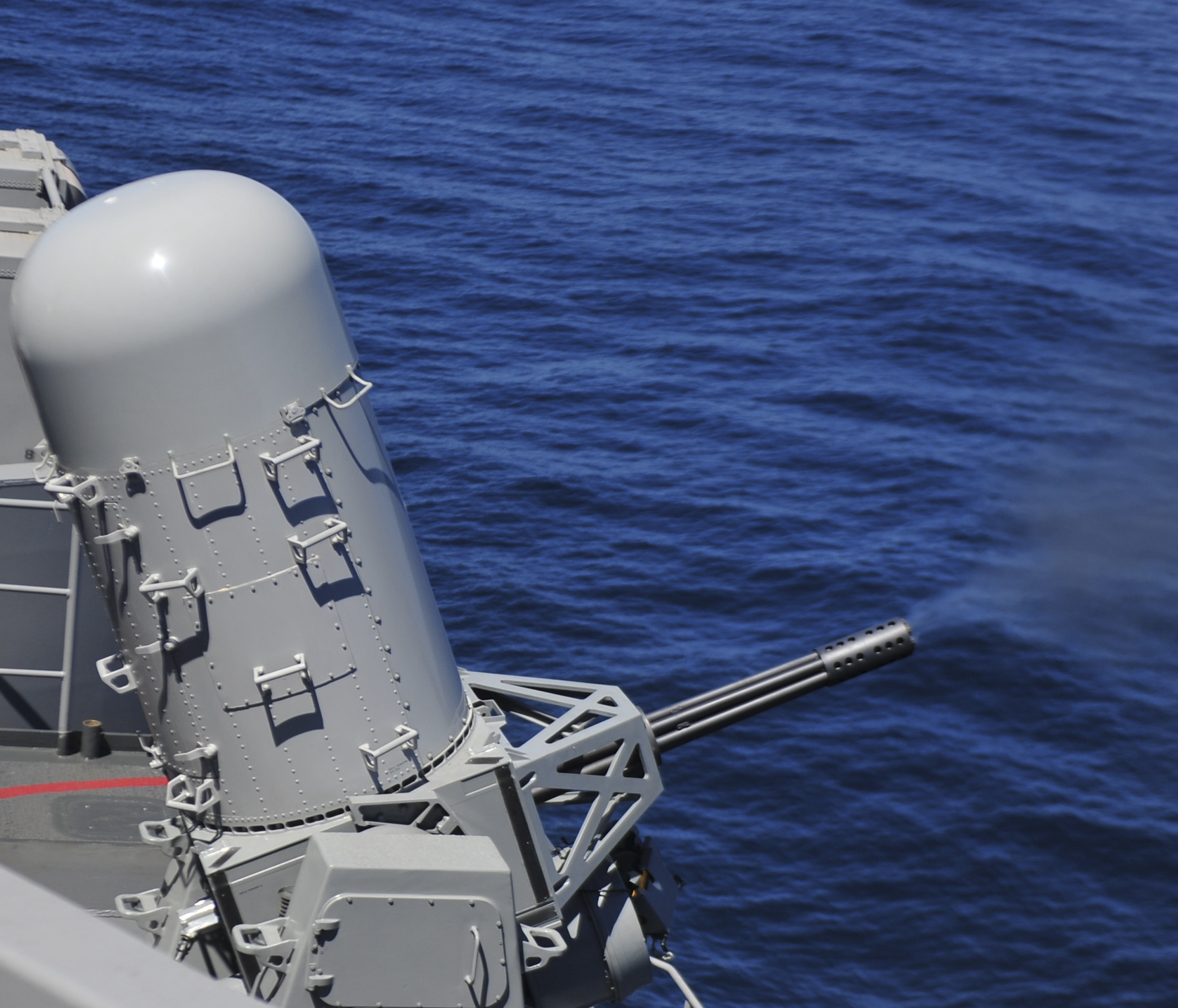 “To me it should be a no-brainer,” Hodges said in adding range to the missiles shipped to Ukraine. These moves would make it much difficult logistically and for command and control if Russia were to launch a new offensive in the spring. The attack with newly trained reservists and regrouped units could come from Kremlin-ally Belarus where Russia has more than 10,000 soldiers as well as along existing fronts in the east and south.

Zagorodnyuk added although Russian commanders “will be trying really hard” in any new offensive, “I don’t think [a new attack] is going to be successful.”

If anything, the late fall and early winter missile and drone attacks on civilians have stiffened Ukrainian resolve, Klympush-Tsintsadze said. “People are getting more and more angry” over these strikes that are creating “a humanitarian disaster” across Ukraine and sending a new movement of refugees to neighboring countries.

Melinda Haring, deputy director of the Eurasia Center at the Atlantic Council, said there is a belief for support in the Biden administration that is shared by French President Emmanuel Macron and other Europeans.

The Biden administration is concerned that attacks on Crimea could raise the possibility of a nuclear retaliation, Hodges said.

At the same time, there is no agreement among Ukraine’s allies and partners that the country needs to win the war, Klympush-Tsintsadze said. Lacking that consensus “creates another hurdle in supplying weapons and support” for rebuilding utility systems, hospitals, schools and housing.

That agreement “is what we’re looking for,” Klympush-Tsintsadze said.

As for a cease-fire, she said the Kremlin would use the time to “exhale, regroup and attack again” if Russian soldiers remain in any part of Ukraine. The exit strategy to end the war needs to be: leave Ukraine, pay reparations for the devastation the war has brought on the nation and prosecute war criminals for atrocities committed following the Feb. 24 invasion, Klympush-Tsintsadzeadze said.

“Russia’s intentions have not changed” when it comes to taking over Ukraine, she added.