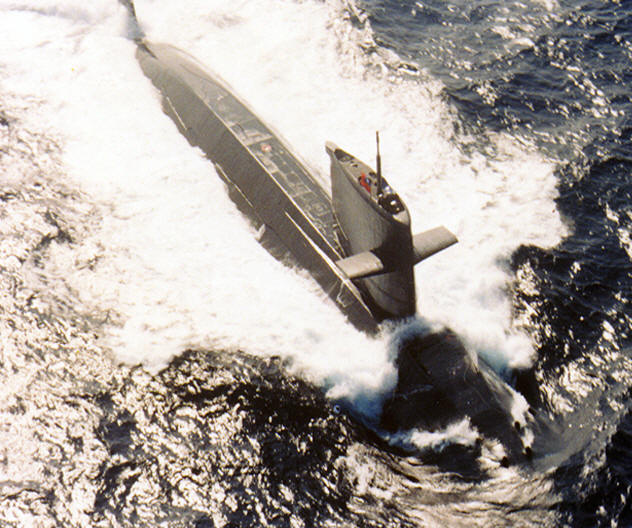 Shipping the $19 billion arms backlog that the U.S. has approved for Taiwan’s defense is even more important now in the wake of Russia’s invasion of Ukraine, a key Republican lawmaker said Wednesday.

Rep. Don Bacon (R-Neb.), a member of the House Armed Services Committee, used that figure to say the United States is “behind in what we need to provide for Taiwan.”

The sale of those arms – including the Harpoon over-the-horizon long-range anti-ship missiles – and other systems like F-16 fighters was part of a 2019 agreement that has been delayed due to supply chain issues related to the COVID-19 pandemic and current demands on weapons stocks as the U.S. supplies Ukraine for a war continuing into the winter.

USNI News reported that $2.37 billion of the authorized sales were for 400 Harpoon Block IIs and 100 Harpoon Coastal Defense Systems, key to repelling an amphibious assault. The Ukrainians have deployed at least one Harpoon battery nears its Black Sea coast this summer.

“We want to deter China from taking any action” against the self-governing island, Bacon added. “There’s bipartisan agreement we need to do more on Taiwan.” Bacon is a member of the newly-formed Taiwan caucus in the House. The caucus has 229 members in the lower chamber. He added that 80 percent of House Republicans support “the poster child of democracy,” as he described Taipei, in its continuing confrontation with Beijing.

The retired Air Force brigadier general said shipping the Harpoons and other precision weapons would bolster Taiwan’s “porcupine” concept of defending itself against an invasion. These “longer and sharper quills” would make it “more difficult for China to swallow.”

He noted the United States had the intelligence months beforehand that Russia was moving to invade Ukraine, but had not arranged with Kyiv to ship large numbers of weapons like Javelin anti-tank missiles and longer-range anti-armor weapons to repel the attack once it began.

Bacon warned against repeating this mistake with Taiwan.

Calling for the U.S. and allies to step up visible training of Taiwanese forces, Bacon said, “I don’t believe in strategic ambiguity” when it comes to whether the United States would act if China moved to invade the island.

He noted the training of Ukrainian forces to weapons systems like the Javelin actually began in 2014, when Russia illegally annexed Crimea and openly backed separatists in the country’s eastern border provinces. The training also emphasized professionalizing Ukraine’s noncommissioned officer ranks in how to make decisions in the field and lead troops in combat.

“U.S. boots on the ground is deterrence,” and having forces from Japan and Australia also involved in this training sends a signal that Taiwan should not be taken by force.

Bacon saw a “lot of promise” in the Quad, the informal security and economic arrangement between the United States, Japan, Australia and India. Japan and Australia are already U.S. treaty allies.

“Let’s make incremental progress” with India that would tighten the relationship. “It’s in our mutual interests,” he said, citing the most recent border clashes between India and China in the Himalayas.

Looking at the Indo-Pacific broadly, Bacon said he wants to see more multi-lateral agreements on trade and security, rather than the bilateral treaties the U.S. has with Japan, Korea, Thailand and the Philippines on defense. The discarded Trans Pacific Partnership could provide a model for pursuing this on the trade and economic fronts and would benefit the region as a whole, he argued. Bacon wants to bring Taiwan into these agreements and restore its position as a contributor to international organizations like the World Health Organization.

China is making a concerted effort to isolate Taiwan from United Nations-related agencies and pressuring nations that still have diplomatic relations with Taipei to cut them. Bacon applauded Lithuania for standing up to China on these issues.

He also saw a need for more agreements between Washington and Taipei on agricultural trade to bolster Taiwan’s food security if tensions rise and China threatens to blockade the island.