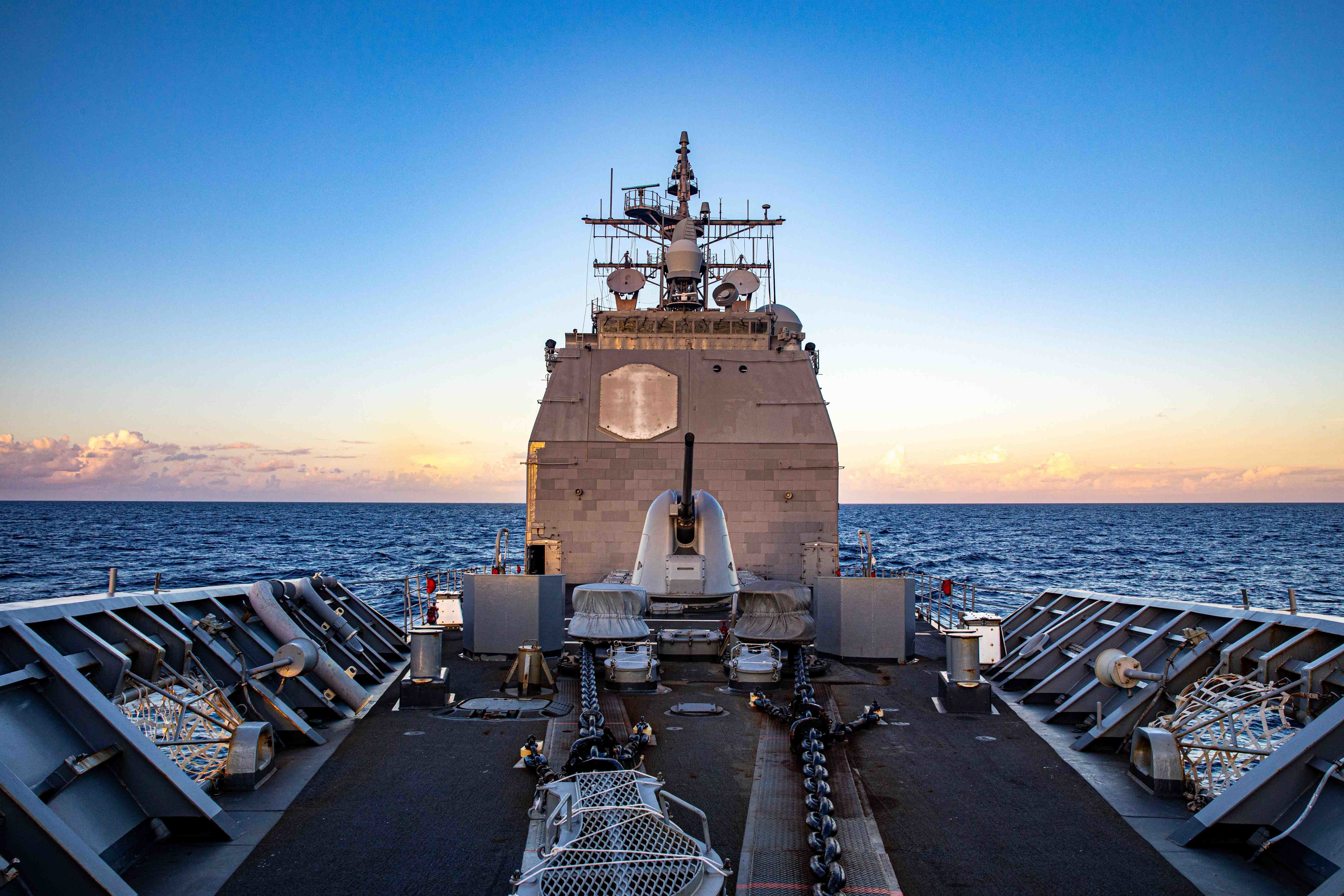 The Tuesday passage of a U.S. guided missile cruiser past a disputed island chain in the South China Sea has drawn protests from Beijing and claims that the People’s Liberation Army expelled the ship from Chinese territorial waters.

According to U.S. 7th Fleet, USS Chancellorsville (CG-62) sailed past the Spratly Island chain on Tuesday as part of a freedom of navigation operation.

“USS Chancellorsville (CG-62) asserted navigational rights and freedoms in the South China Sea near the Spratly Islands, consistent with international law. At the conclusion of the operation, USS Chancellorsville exited the excessive claim area and continued operations in the South China Sea,” reads the statement from 7th Fleet.
“The freedom of navigation operation (“FONOP”) upheld the rights, freedoms, and lawful uses of the sea recognized in international law by challenging restrictions on innocent passage imposed by the People’s Republic of China, Vietnam and Taiwan.”

China asserts that foreign warships passing within the territorial sea of its claims in the South China Sea require prior approval from Beijing. Under the U.N. Law of the Sea Convention, a warship can make an “innocent passage” through another country’s territorial waters without prior notification. 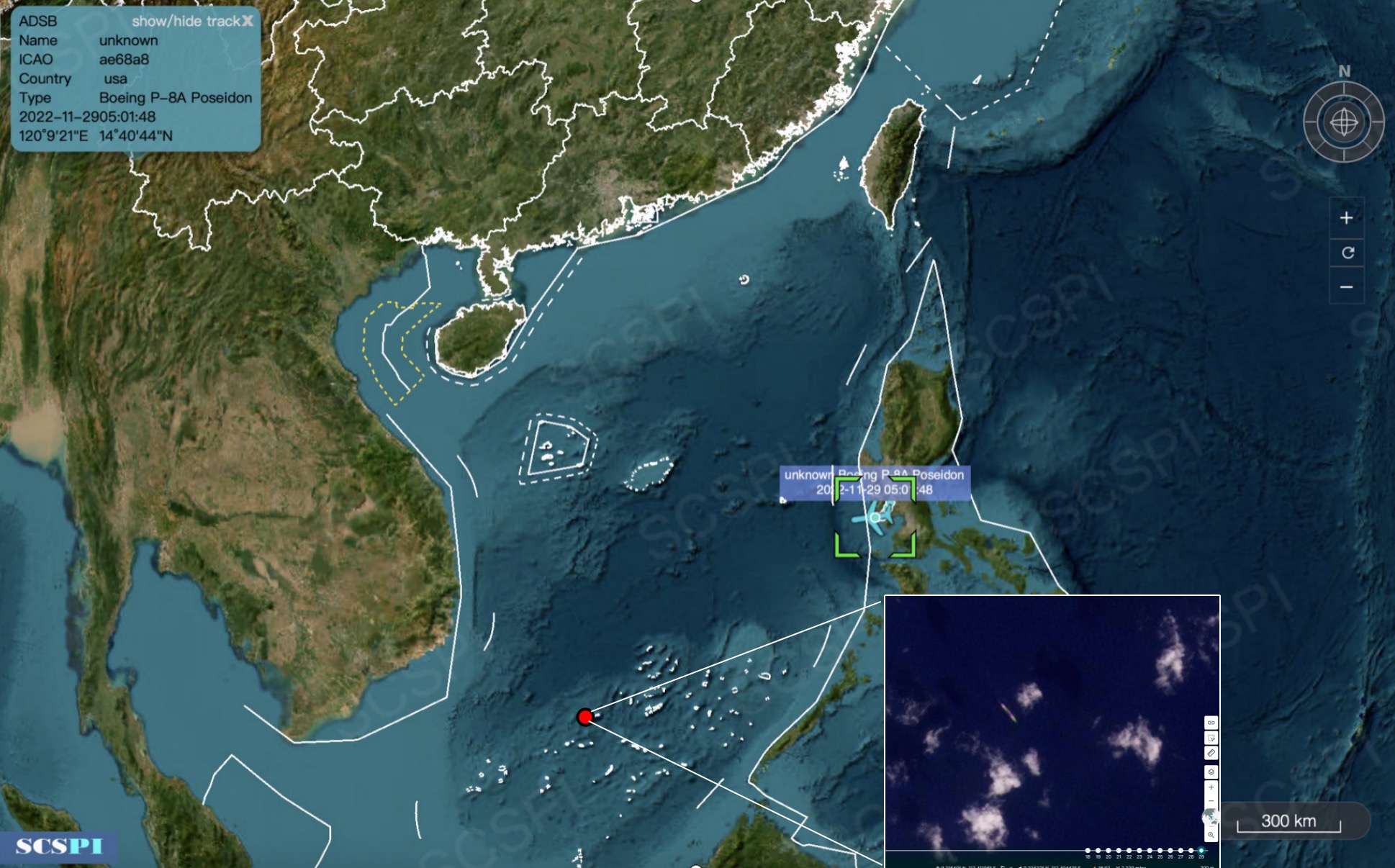 Under international law, a warship can transit through a nation’s territorial waters “so long as it is not prejudicial to the peace, good order or security of the coastal state,” according to Article 19 of the UNLOSC.

In a statement following the transit, the PLA Southern Theater issued a statement claiming Chinese forces drove Chancellorsville out of Chinese territorial waters.

“Chancellorsville illegally intruded into the waters adjacent to China’s Nansha islands and reefs without the approval of the Chinese Government, and organized naval and air forces in the Chinese southern theater of the People’s Liberation Army to follow and monitor and give a warning to drive them away,” reads a translation of the statement. “The U.S. military’s actions have seriously violated China’s sovereignty and security, which is another ironclad proof of its hegemony in navigation and militarization of the South China Sea, and fully demonstrates that the United States is an out-and-out security risk maker in the South China Sea.”

In response, the U.S. Navy pushed back against the Chinese statement.

“The PRC’s statement about this mission is false. USS Chancellorsville (CG-62) conducted this FONOP in accordance with international law and then continued on to conduct normal operations in waters where high seas freedoms apply,” reads a 7th Fleet statement.
“The operation reflects our continued commitment to uphold freedom of navigation and lawful uses of the sea as a principle. The United States is defending every nation’s right to fly, sail, and operate wherever international law allows, as USS Chancellorsville did here. Nothing the PRC says otherwise will deter us.”

The Japan-based Chancellorsville has been operating with the Ronald Reagan Carrier Strike Group in recent months.

The last reported U.S. FONOP in the South China Sea was performed by the guided-missile destroyer USS Benfold (DDG-65) in July.