The following is the Nov. 25, report from the Japanese National Institute For Defense Studies, China Security Report 2023: China’s Quest for Control of the Cognitive Domain and Gray Zone Situations.

The People’s Liberation Army (PLA) is the Party’s army. It follows the Party’s command and defines its most important role as protecting the Party’s regime. Until President Xi Jinping’s military reforms, the Party exercised control over the military mainly through the PLA’s political work organizations, including the General Political Department, and political commissars. Such indirect control, however, was susceptible to communication issues and hindering the execution of joint operations, and caused widespread bribery and corruption in the PLA. 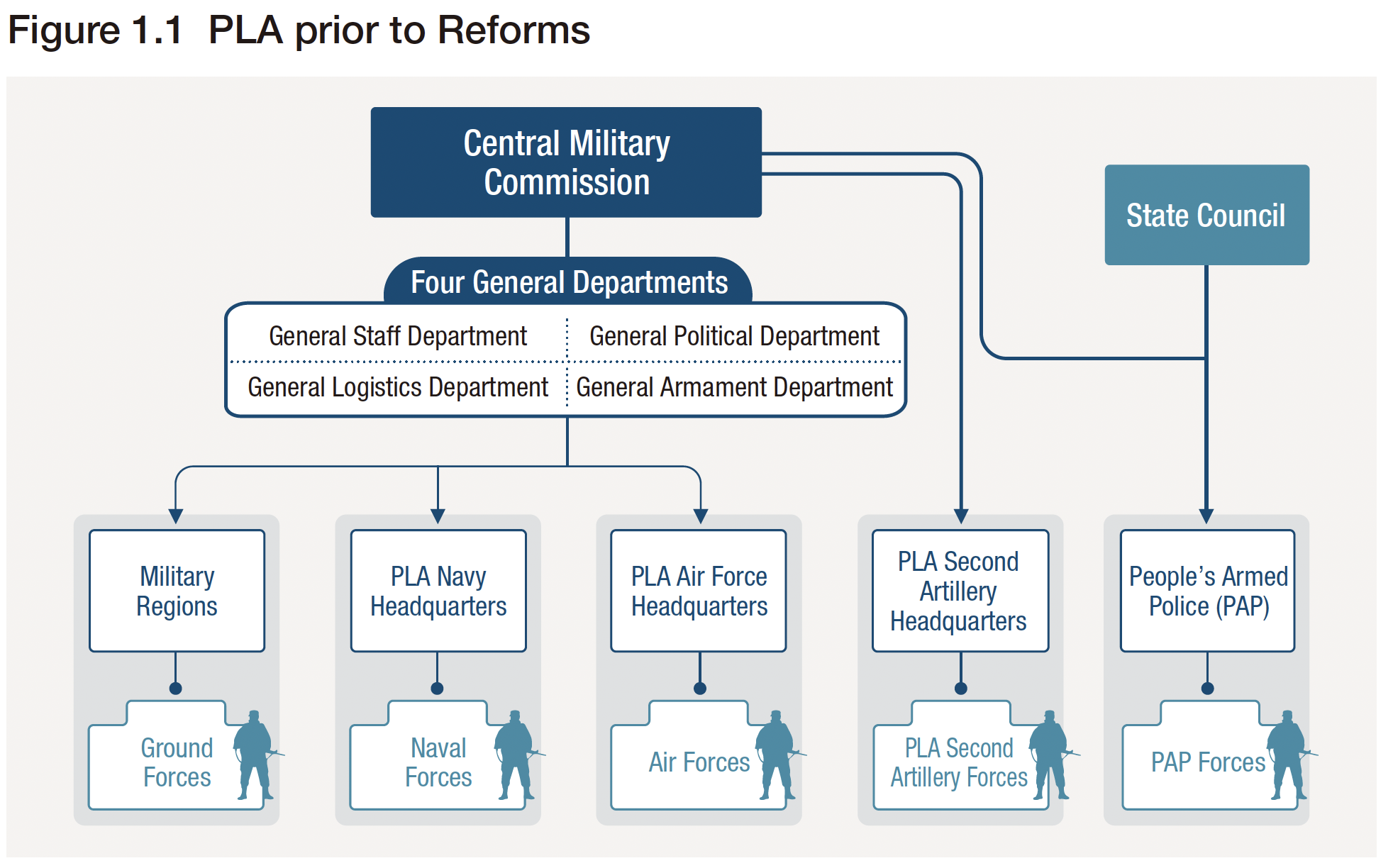 Xi Jinping’s military reforms drove the restructuring of Chinese military organizations, and in this context, the leadership of the Party has been strengthened. More emphasis is placed on direct control by the Chinese Communist Party, with focus especially on the implementation of the chairman responsibility system of the Central Military Commission (CMC) and the Party committees in the military. Furthermore, military governance through laws and rules is underscored. The Party’s leadership has been reinforced not only over the PLA but also over other military organizations, and mechanisms are being developed for coordination between
the military and other governmental actors. These measures were developed also as a response to modern forms of conflict that actively use non-military means. 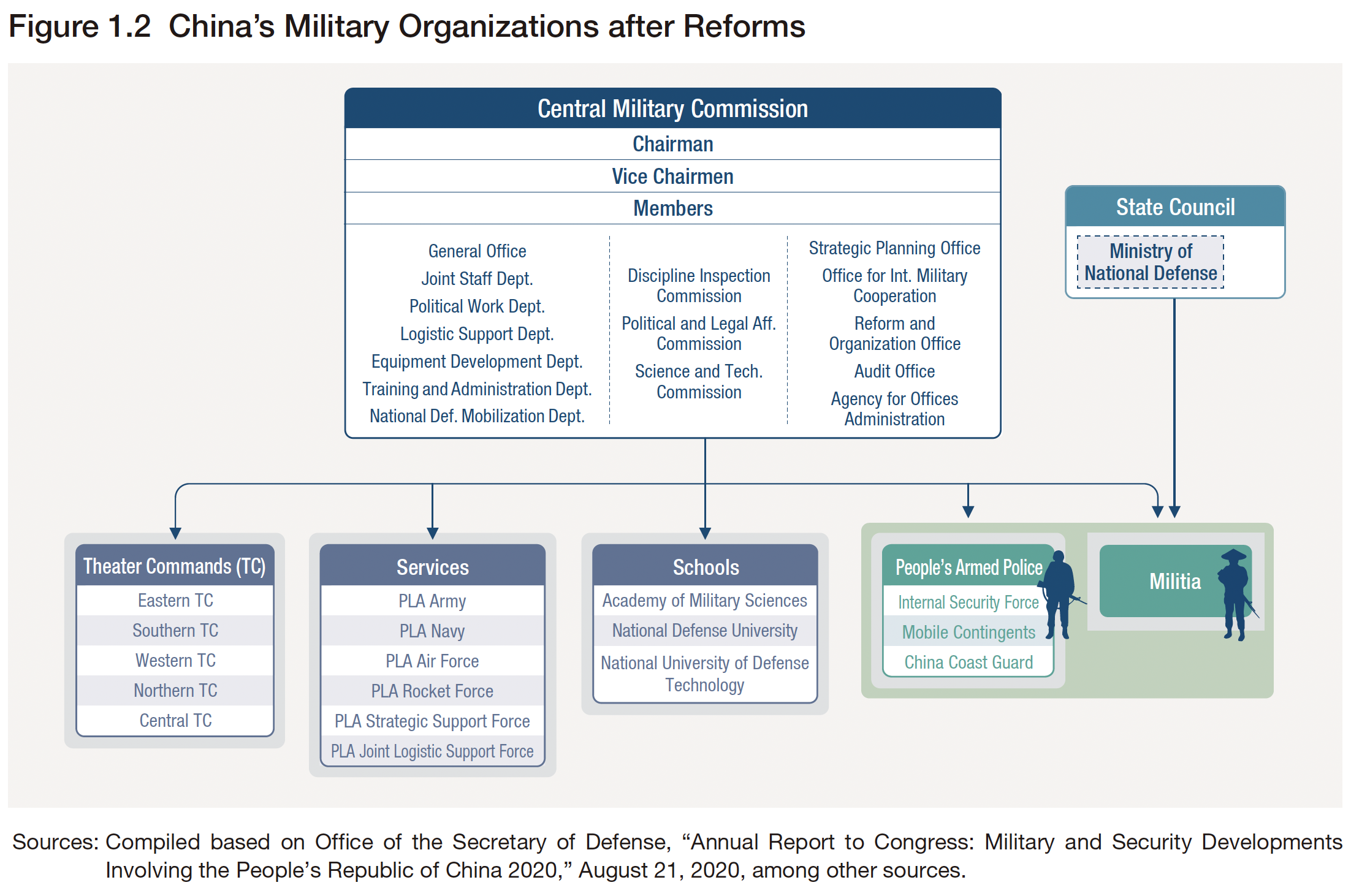 For influence operations, the Strategic Support Force (SSF) was established. The SSF appears not only to integrate functions related to cyber, electromagnetic spectrum, and outer space, but also to be deeply engaged in the struggle for the psychological and cognitive domain.

For gray zone operations, the People’s Armed Police (PAP) and the CCG were reorganized. The PAP was placed under the sole leadership of the CMC, while the CCG became subordinate to the PAP and in turn was also placed under the leadership of the PLA. As a result of the reorganization, the PAP specializes in maintaining public security in peacetime and contributes more easily to PLA joint operations in a contingency.