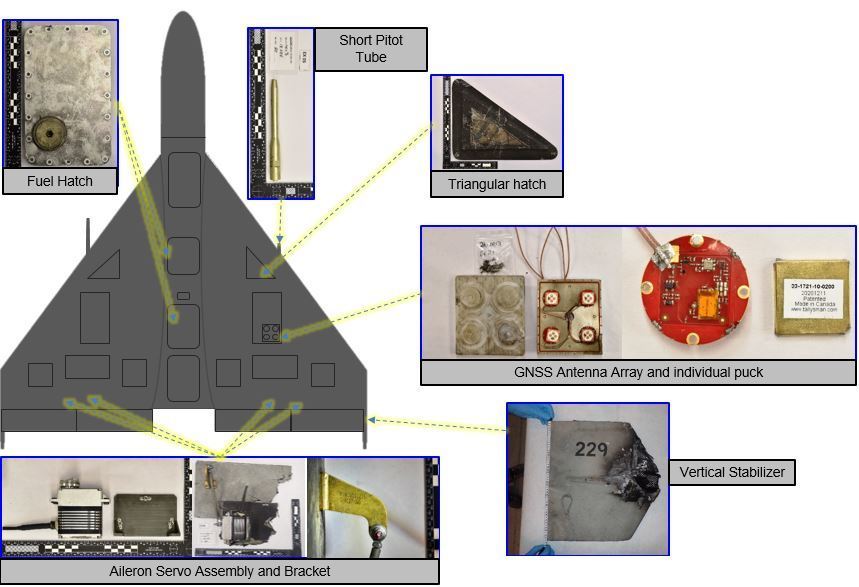 An analysis of debris left over from a drone attack on an oil tanker off the coast of Oman confirm the drone was Iranian, according to a Tuesday U.S. 5th Fleet statement.

On Nov. 15, a Shahed 136 explosive-tipped drone flew into the aft section of the merchant oil tanker M/T Pacific Zircon punching a hole through the hull, “while subsequently penetrating and damaging internal compartments. The UAV’s explosive impact also damaged a shipboard boiler, potable water tank and life raft,” reads the statement.

The next day, the U.S. Navy sent two explosive ordnance technicians aboard the Liberian-flagged tanker to assess the damage to the ship and analyze the debris.

“During a two-hour survey and evidence collection process, the technicians also obtained explosive residue samples for lab testing,” reads the statement from 5th Fleet.
“U.S. 5th Fleet transported the gathered evidence to a lab at its Bahrain headquarters where technicians confirmed Iran’s connection to the attack. The aerial drone that hit the commercial tanker was identified as a Shahed-136 UAV, fitting a historical pattern of Iran’s increasing use of a lethal capability directly or through its proxies across the Middle East.” 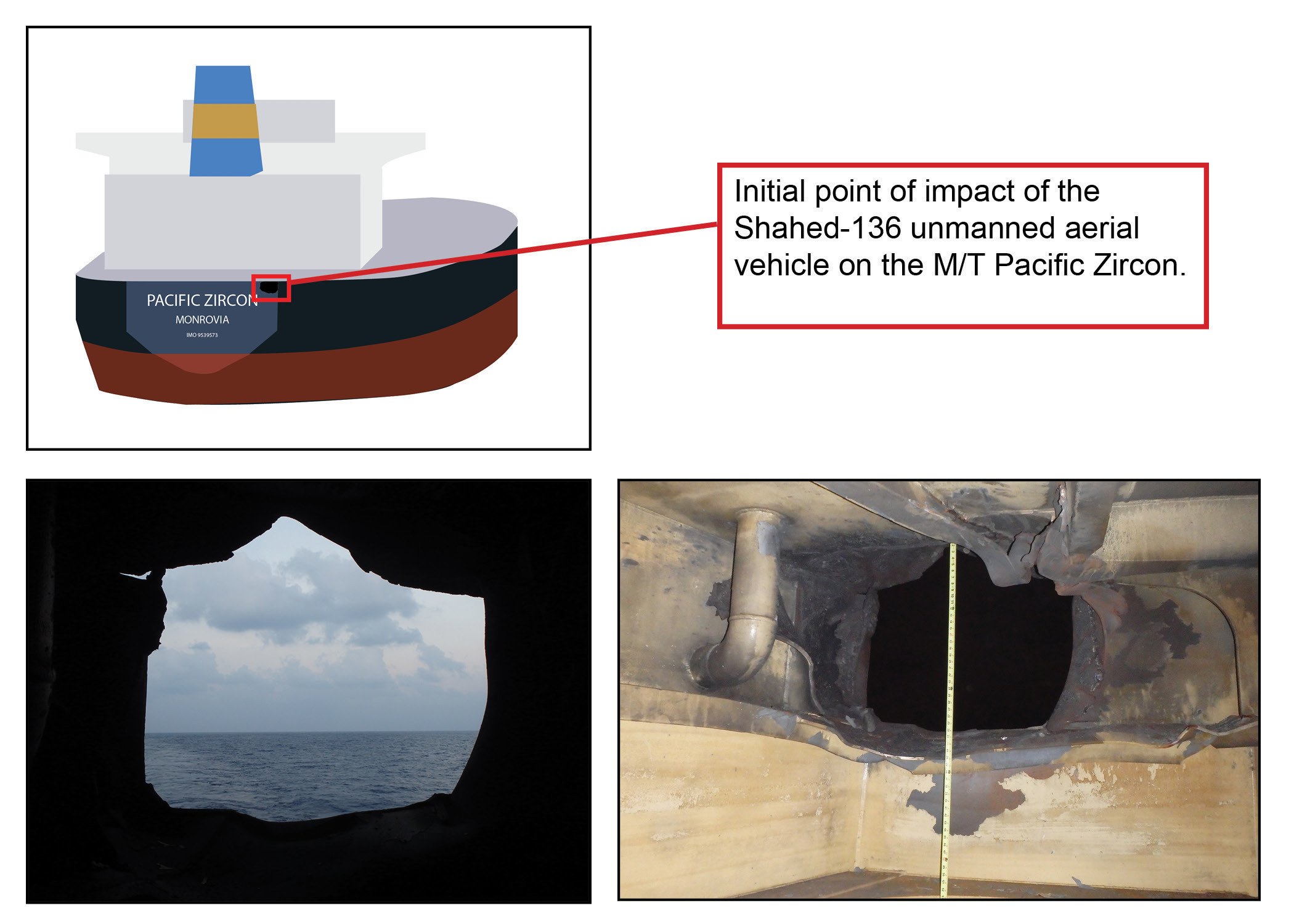 Graphic illustration and images captured by a U.S. Navy explosive ordnance disposal team aboard M/T Pacific Zircon, Nov. 16, showing the location where an Iranian-made unmanned aerial vehicle (UAV) penetrated M/T Pacific Zircon’s outer hull during an attack Nov. 15. The one-way UAV attack tore a 30-inch-wide hole in the outer hull on the starboard side of the ship’s stern, just below the main deck. US Navy graphic

The Navy released images that tied debris discovered aboard Pacific Zircon from the strike — including a satellite navigation guidance antenna, hatches and stabilizer that match the Shahed-136 design.

The release stopped short of saying the drone had originated in Iran. The Shahed 136 design has been used by the Houthi rebels in Yemen and tied to a fatal attack last year on the tanker Mercer Street on July 30, which killed two crewmembers, USNI News reported at the time.

Last week, National Security Advisor Jake Sullivan told reporters, “we are confident that Iran likely conducted this attack using a UAV, a lethal capability it is increasingly employing directly and via its proxies throughout the Middle East.”

“It’s not an attack against Israel,” the official told CNN. “It’s the same thing they usually do in the Gulf, trying to disrupt stability and mainly influence World Cup events.”

Iran is also exporting the delta-winged drones to Russia for use in the ongoing invasion of Ukraine.