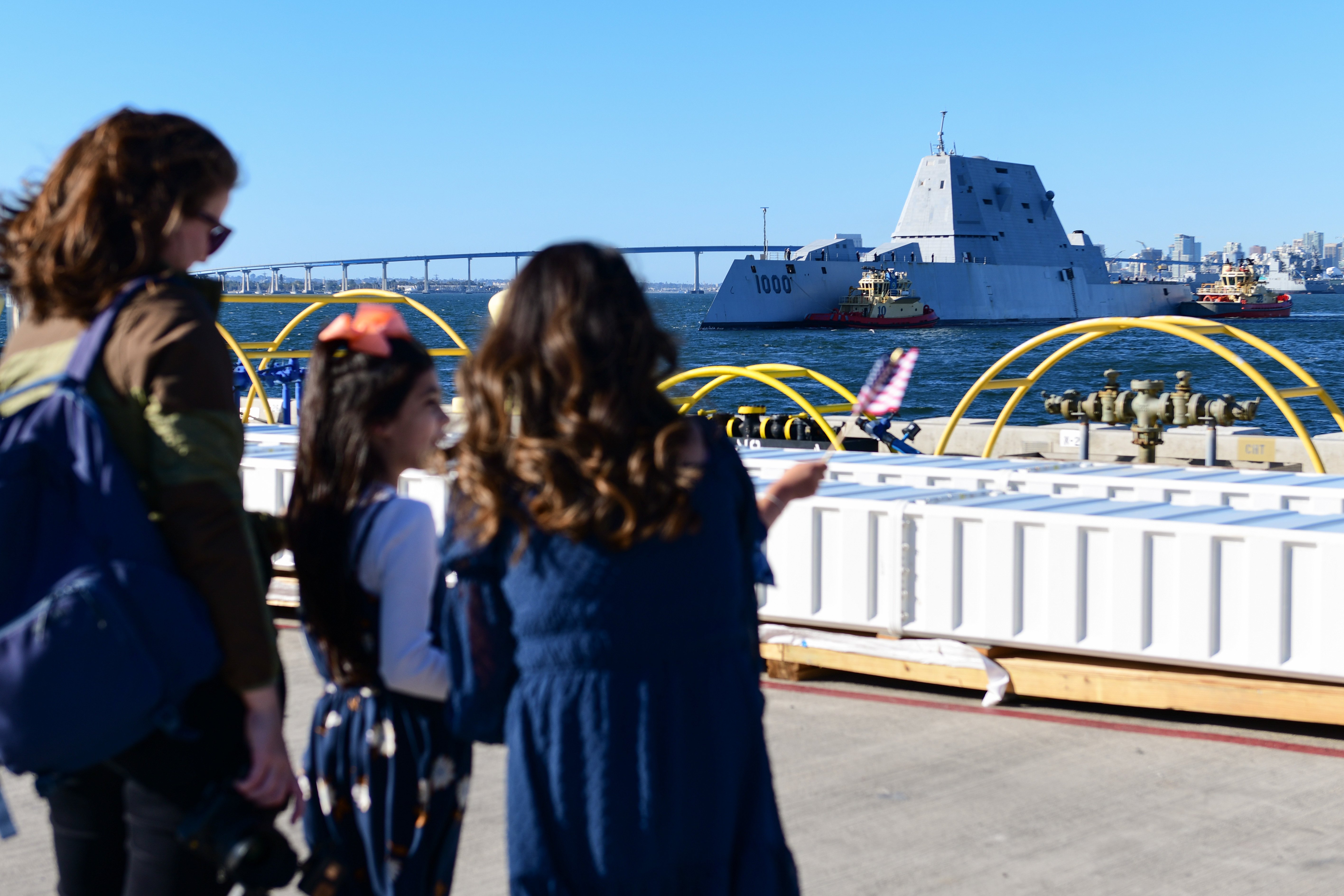 WASHINGTON, D.C. — Ahead of next year’s installation of hypersonic missiles, the Navy took one of its most advanced warships out for a three-month underway in the Western Pacific to test the ship’s capabilities and reliability, the commander of U.S. Pacific Fleet told USNI News.

USS Zumwalt (DDG-1000), this month, wrapped up an operational testing period in the U.S. Pacific Fleet, giving the service the opportunity to work out the destroyer’s systems and crew ahead of the upgrade period that includes outfitting it with hypersonic weapons at Ingalls Shipbuilding in Pascagoula, Miss.

“We learned a lot. [The] main thing we learned about was how to sustain it as it’s often operated,” Adm. Samuel Paparo told USNI News on Friday at the annual Military Reporters and Editors conference.
“It’s an exquisite capability with a ton of promise.”

Paparo acknowledged the program’s difficult past – the Navy commissioned the ship six years ago, and it has mostly been used as a test platform out of San Diego. That history is why the service did not publicly announce Zumwalt leaving to operate in PACFLEET, he said.

During its time underway from early August through early November, Zumwalt operated in both U.S. 3rd Fleet and U.S. 7th Fleet, making port calls in Hawaii, Guam and Yokosuka, Japan.

“We’re really kind of worker-like in getting the Zumwalt west of the dateline, operating her, operating her systems, stretching and training its crew, integrating it with the rest of the fleet to bring its capabilities to bear,” Paparo said.

In a call with reporters last week, Capt. Shea Thompson, the commodore for Surface Development Squadron 1, declined to say whether Zumwalt operated in the South China Sea during the recent underway.

“She conducted joint and bilateral simulated maritime fires training with the 613 [Air Operations Center] and B-1 Bombers, to include a Japanese destroyer and CTF-71 staff. And that was to test combat systems capabilities while operating in 7th Fleet,” Thompson said. “They also worked with the forward deployed [explosive ordnance disposal] unit on the mine countermeasures proof of concept and she integrated with the fleet [maritime operations centers] and conducted air operations with the Army.” 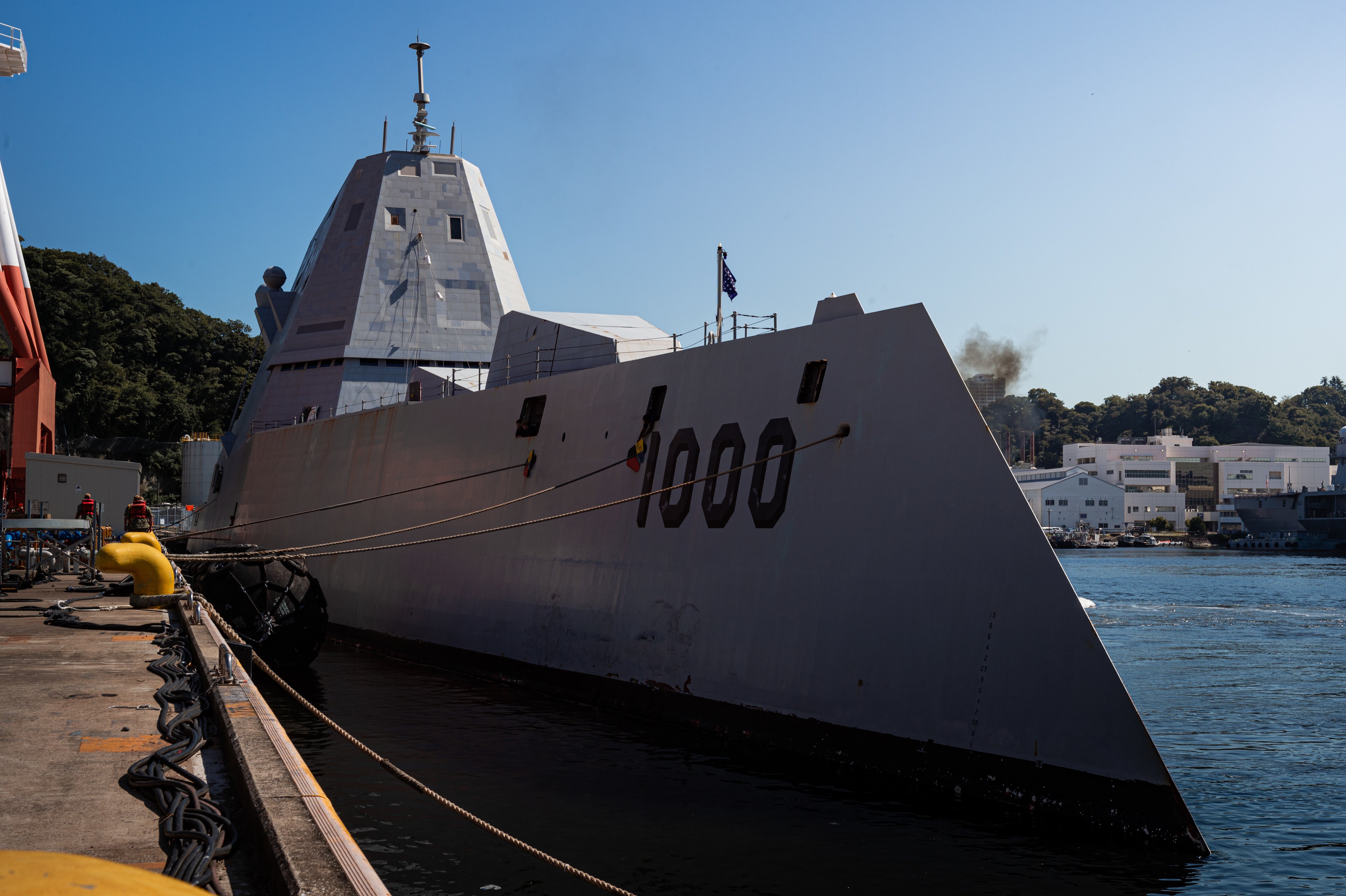 Capt. Amy McInnis, the commanding officer of Zumwalt, declined to provide details about the MCM proof of concept, other than to say the destroyer carried rigid-hull inflatable boats and floated them out at sea. The destroyer did not take an aviation detachment during its underway in PACFLEET.

Zumwalt will go into the dry dock in late 2023 for an 18-month maintenance availability and get outfitted with hypersonic missiles in Fiscal Year 2024 and FY 2025, Thompson said.

After the availability, Zumwalt will go through several months of testing to ensure the hypersonic missiles were installed correctly. It will then take the ship about a year to go through workups to prepare for its first deployment with the hypersonic weapons.

“We intend to upgrade its mission systems. We intend to employ its stealthy capabilities, its passive detection, its [mission bay], the ability to integrate undersea unmanned capabilities, surface unmanned capabilities and to really use it as an all-domain platform that can collect. It can sense,” Paparo told USNI News.
“It can execute rapid disorienting fires and can do so in contested environments to be a difference maker and an enabling capability. This year was a first step. It was exciting. We tested her. We wrung out its crew. We built confidence in our ability to sustain her. We put her to sea for long periods of time. We gained confidence in her propulsion systems and her weapon systems.” 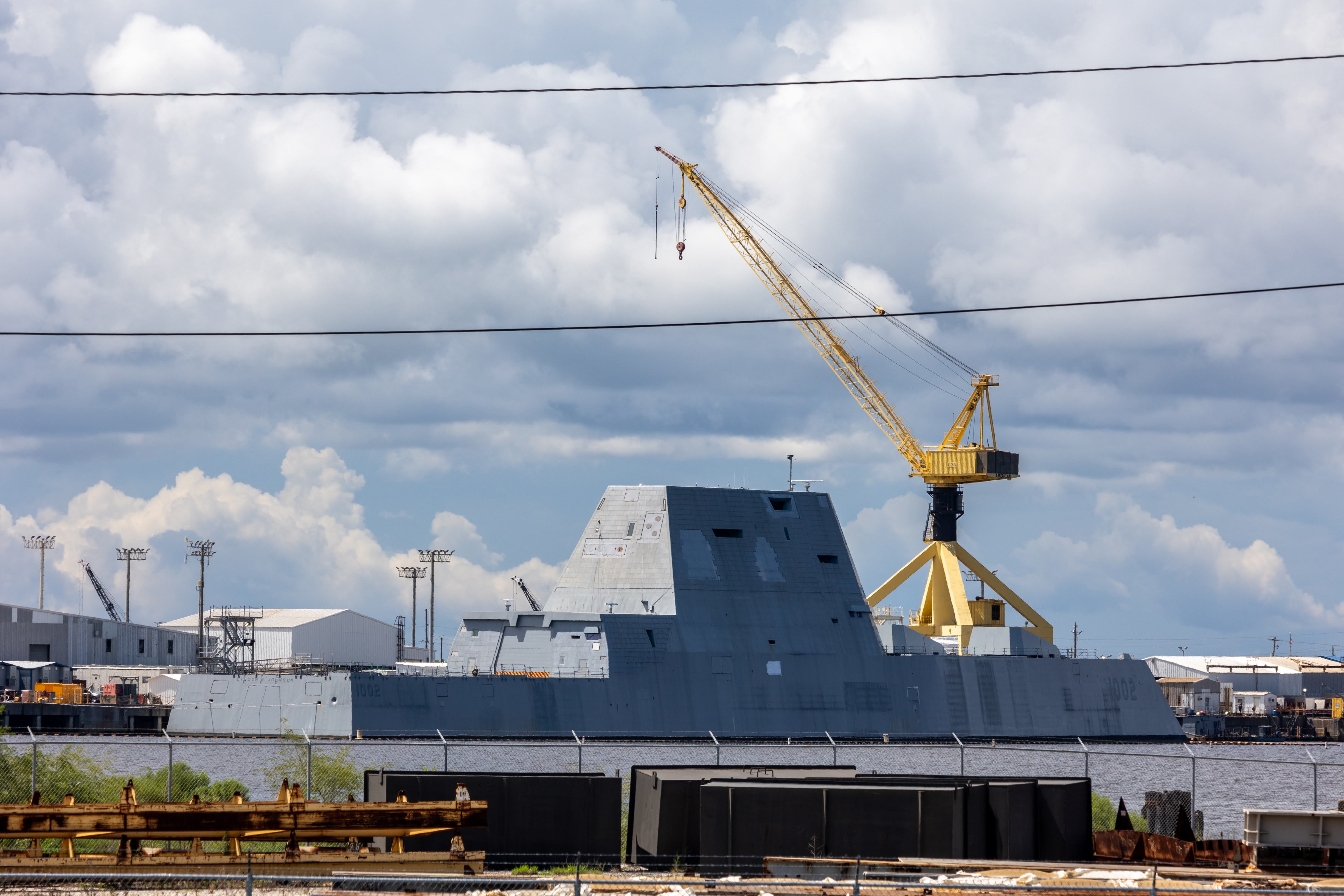 Shortly after its 2016 commissioning, Zumwalt experienced propulsion failures while transiting through the Panama Canal en route to Naval Base San Diego. The destroyer was stuck pierside for several days of repairs.

As for operational concepts for Zumwalt, Thompson said future fleet commanders will have their choice as to how they want to employ the destroyer.