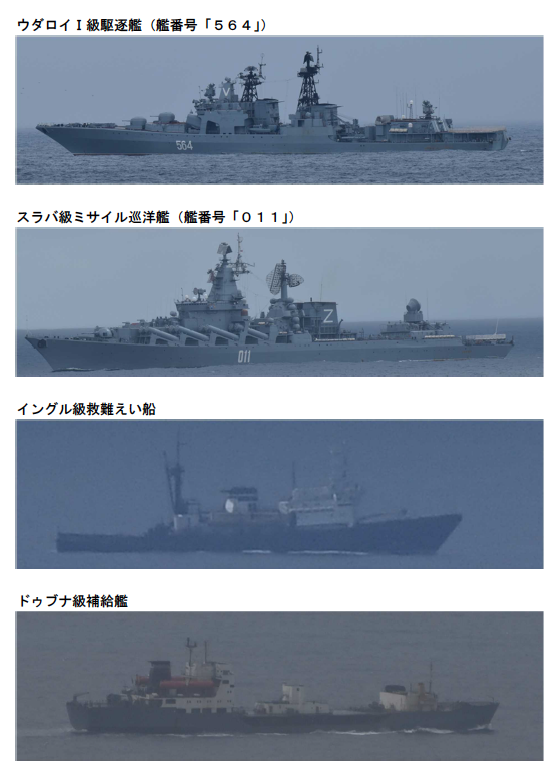 Chinese and Russian surface action groups have transited past Japan on their voyage home, while Chinese aircraft have transited in an out of the Pacific Ocean through the Miyako Strait, according to the Japanese Ministry of Defense.

Meanwhile, the U.S. and Japan are in the midst of conducting multinational exercises around Japan, with one exercise ending today.

On Friday, a People’s Liberation Army Navy destroyer, frigate and replenishment were sighted sailing northeast in an area 220 kilometers southwest of Miyako Island, Joint Staff Office (JSO) of the Ministry of Defense said in a news release issued Monday. Images and pennant numbers identified the PLAN ships as destroyer CNS Suzhou (132), frigate CNS Nantong (533) and replenishment ship CNS Chaohu (890), which form the 41st Chinese Naval Escort Taskforce previously assigned to the Gulf of Aden to conduct anti-piracy escort missions there. On Saturday, the PLAN ships transited the Miyako Strait into the East China Sea, according to the release, which noted that the ships were previously sighted north of the Miyako Strait on May 19. The Japanese said Japan Maritime Self-Defense Force minesweeper JS Kuroshima (MSC-692) and JMSDF P-3C Orions Maritime Patrol Aircraft (MPA) of Fleet Air Wing 5 based at Naha Air Base, Okinawa, shadowed the PLAN ships.

The ships of the PLAN 41st Chinese Naval Escort Taskforce left their homebase of Zhoushan, Zhejiang on May 18 and returned on Tuesday, with the 42nd Chinese Naval Escort Taskforce of destroyer CNS Huainan (123), frigate CNS Rizhao (598) and replenishment ship CNS Kekexilihu (968) now on station in the Gulf of Aden carrying out the PLAN anti-piracy deployment that has been ongoing since the end of 2008.

Meanwhile, Japan sighted five Russian Navy ships – a cruiser, destroyer, two replenishment ships and a rescue tugboat – on Sunday sailing northeast in an area 80 kilometers south of Yonaguni Island, the JSO said in a second news release issued Monday. Images and information in the release identified the cruiser as RFS Varyag (011), the destroyer as RFS Admiral Tributs (564) and one of the replenishment ships as Boris Butoma and an unidentified Dubna-class replenishment ship. Varyag, Admiral Tributs and Boris Butoma left their homeport of Vladivostok on Dec. 29, 2021 for an extended deployment. The ships conducted a trilateral exercise with the PLAN and Iranian Navy in the Gulf of Oman in January before proceeding to the Mediterranean, where they operated until late October. 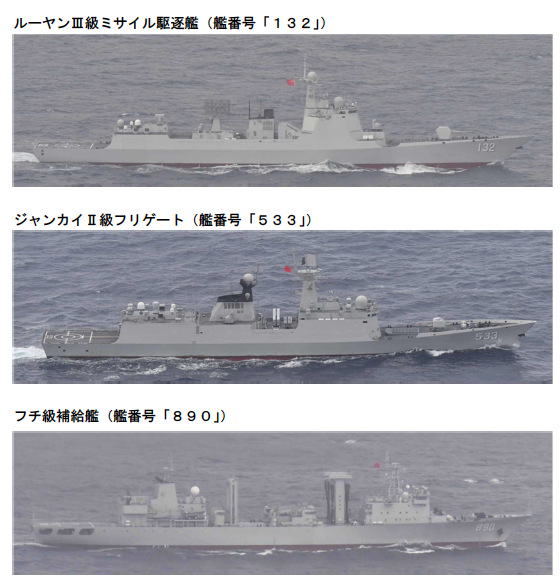 The five Russian ships subsequently sailed northeast between Yonaguni Island and Iriomote Island into the East China Sea while JMSDF replenishment ship JS Towada (AOE-422) and a P-3C Orion MPA of Fleet Air Wing 5 monitored the Russian ships, according to the JSO. Varyag, Admiral Tributs and Boris Butoma had been sighted traveling southwest through the Tsushima Strait on Dec. 29 last year, the release noted.

From morning until afternoon on Monday, a Chinese BZK-005 unmanned air vehicle, a Y-9 electronic intelligence aircraft and a Y-9 maritime patrol aircraft flew in separately from the East China Sea and passed through the Miyako Strait into the Pacific Ocean, the JSO said in a third news release. After reaching an area east of Nawamoto Island, the aircraft turned around and flew back through the Miyako Strait into the East China Sea. Japan Air Self-Defense Force (JASDF) fighter aircraft scrambled in response to monitor these flights.

Reagan and Chancellorsville are now participating in Exercise Keen Sword 23, which began on Thursday and will continue in Japan through Saturday. A total of 36,000 personnel, 30 ships and 270 aircraft from Japan and the United States, along with the crews of four ships and three aircraft from Australia, Canada and the United Kingdom are involved in the drills. A complete list of ships taking part in the exercise has not been released, but the following ships from the countries involved are known to be taking part based on released images and reports: 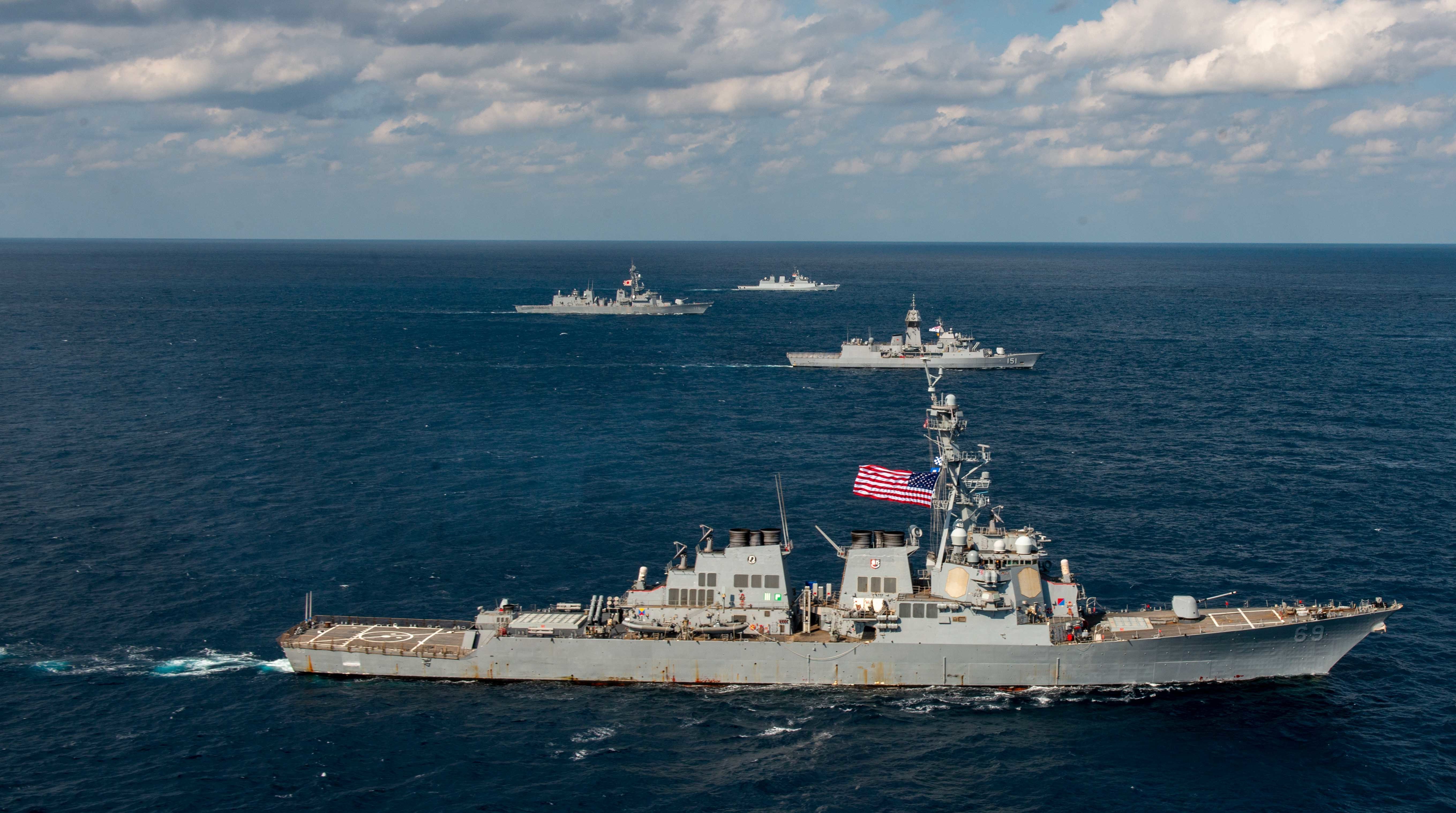