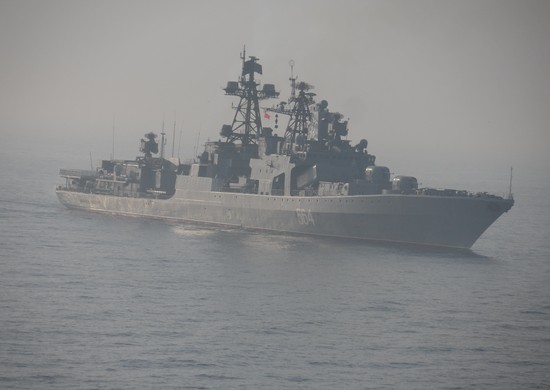 KUALA LUMPUR, Malaysia – The Russian Navy will conduct a series of exercises in the next few months with all of its fleet commands throughout their respective areas of operations, the Russian Defense Ministry announced on Thursday.

Russian Navy Chief Admiral Nikolai Evmenov will oversee the effort, which is in accordance with the Russian Armed Forces’ 2022 training plan.

The series of exercises is meant to work out how the Russian Navy and Russian Air Force protect Russian national interests in the world’s oceans, as well as how to counter military threats to Russia from the sea, according to the defense ministry’s news release.

The exercises will cover the waters adjacent to Russian territory, as well as sea areas that are operationally important to Russia. Separate exercises will take place in the Mediterranean, the northeastern part of the Atlantic Ocean, the North Sea, the Okhotsk Sea and the Pacific Ocean. Over 140 warships and support vessels along with 60 aircraft and a total of 10,000 personnel are slated to participate in the exercises, the release said.

Six Russian Navy amphibious ships from the Baltic and Northern Fleets are already heading towards the Mediterranean to link up with a Russian Pacific Fleet task group that is currently in Iran conducting a trilateral naval exercise with Iran and China.

Other Russian Navy ships were headed to the North Sea, though the news release did not provide any additional details. Naval ships from Denmark, the Netherlands, Belgium, France and the United Kingdom have been monitoring the passage of the two Russian groups. 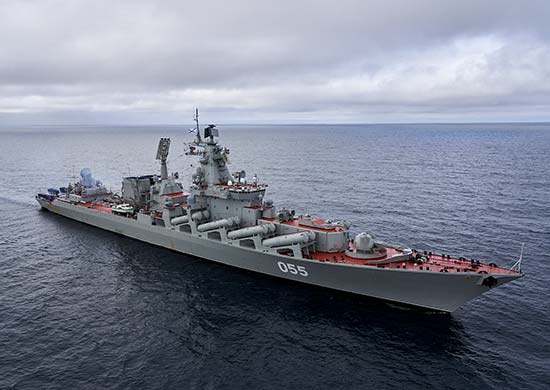 The Russian Pacific Fleet task group includes cruiser RFS Varyag (011), destroyer Admiral Tributs (564) and replenishment ship Boris Butoma. The ships on Friday completed an exercise in the Gulf of Oman with naval forces from Iran and China. Both Russian and Chinese news releases about the exercise said the drills began on Jan. 18, but Iran’s official spokesperson for the exercise, Rear-Admiral Mostafa Taj al-Dini, told Iranian media on Thursday that the exercise would begin Friday. It’s likely that the Russian and Chinese news releases reflect the drills beginning from the moment their ships first entered Iranian waters to dock for the planning phase.

Russia has called the exercise CHIRU-2022, while Iran’s name for the exercise was Maritime Security Belt 2022.

China’s participation includes destroyer Urumqi (118) and replenishment ship Taihu (889), along with embarked helicopters and 40 People’s Liberation Army Navy Marines of the 39th Escort Task Force, which is carrying out anti-piracy missions in the Gulf of Aden. Frigate Yantai (538) is the remaining ship in the Chinese task force, but it did not take part in the exercise.

“The exercise aims to deepen practical cooperation among the navies of the three countries, demonstrate the goodwill and capability of the three countries to jointly safeguard maritime security and actively build a ‘maritime community with a shared future,’ and inject positive energy into regional peace and stability,” the Chinese Ministry of Defense said in a news release.

In the Sea of Japan, the crew of the Volkhov submarine of the Pacific Fleet launched the Caliber cruise missile from a submerged position https://t.co/yi4QnadhPF#RussianArmy #PacificFleet pic.twitter.com/PhC8KIwr9d

Russia’s Defence Ministry also announced in a Thursday news release that submarine RFS Volkhov (B-603) conducted a successful submerged firing of a 3M14K Calibre (SS-N-30A) cruise missile from the Sea of Japan against a coastal target over 1000 kilometers away in the Surkum tactical field located in Khabarovsk territory.

The exercise, Neptune Strike 22 was planned in 2020 and is not designed in response to the Russian movement toward Ukraine, Kirby said. Several NATO allies will be involved in the exercise, although he would not specify which ones.