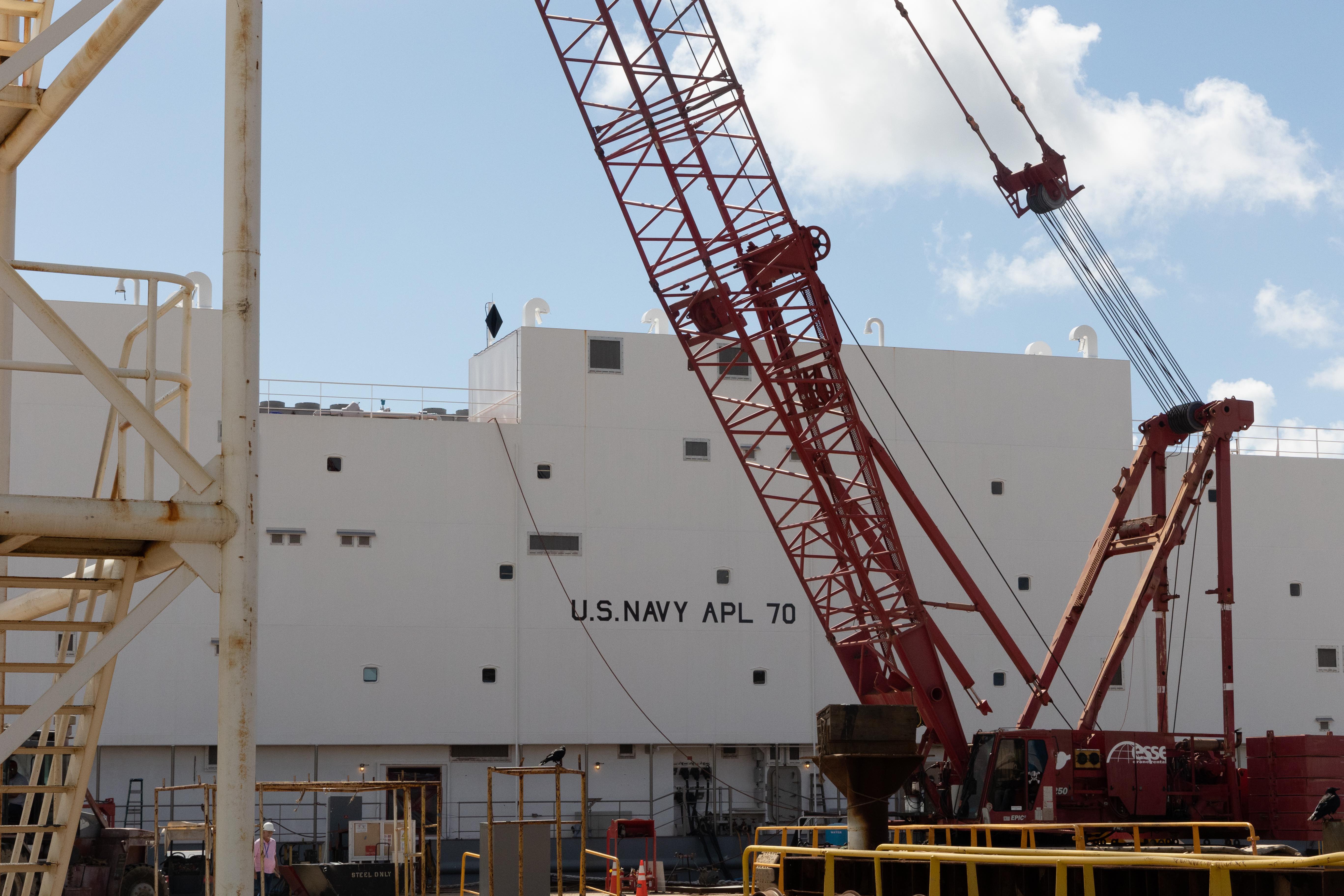 The Mississippi shipyard that is building the Coast Guard’s next heavy icebreaker has officially changed ownership, the company announced on Monday.

The quick acquisition of the Mississippi yards comes after former parent ST Engineering sustained a combined net loss from 2017 and 2021 of about $256 million across the two yards, according to a statement from the company provided to USNI News last week.

The now-renamed Bollinger Mississippi Shipbuilding will take over contracts for the U.S. Coast Guard and the U.S. Navy.

“All ongoing programs at VT Halter Marine and STEHMO were conveyed with the transaction, including the Polar Security Cutter (PSC) program for the U.S. Coast Guard and the Auxiliary Personnel Lighter-Small (APL(S)) program for the U.S. Navy. Those programs will continue to be built at Bollinger Mississippi Shipbuilding,” reads the statement from Bollinger said.

In 2019, Halter Marine won a $745.9 million design contract to build the first heavy icebreaker for the Coast Guard as part of its Polar Security Cutter program, with options for two more for a total of $1.9 billion if all the options are exercised. The yard has yet to start construction.

“We’d say, number one, it’s a complex vessel in the sense of its mission set. We haven’t delivered a heavy icebreaker in this country for over 40 years. The last one was Polar Star and the technology has changed dramatically,” yard vice president for business development retired Coast Guard Rear Adm. Ronald Rábago told USNI News in an August interview at the Mississippi yard.