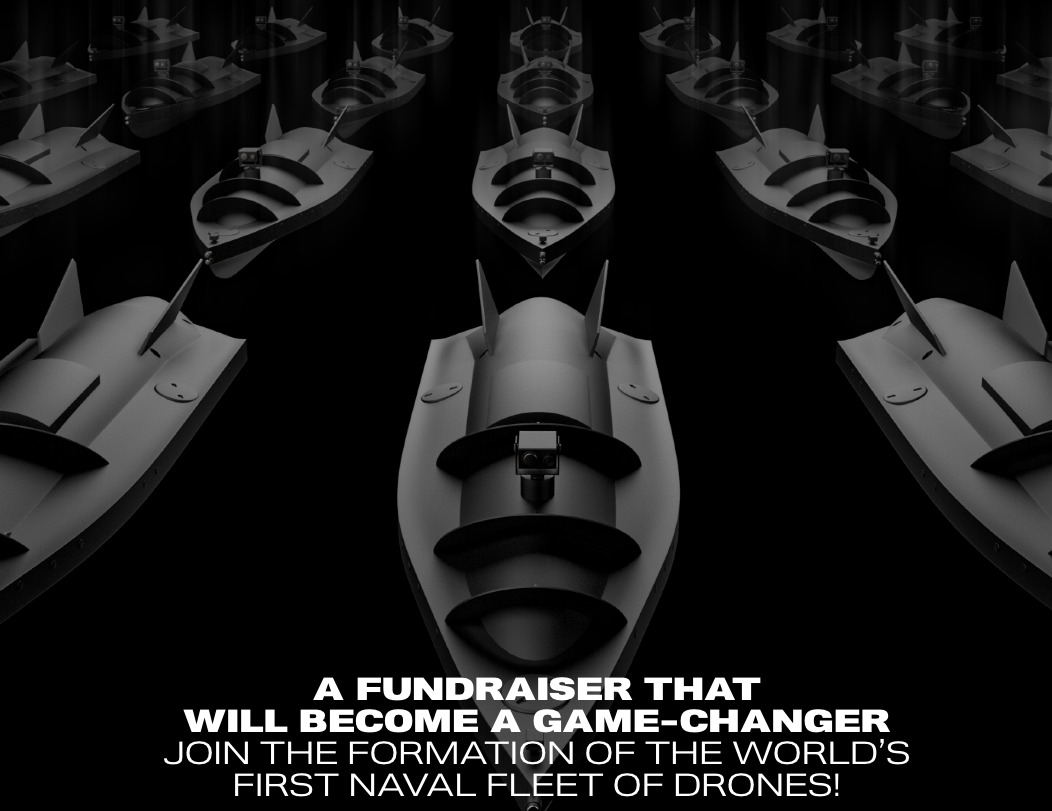 Ukraine has put out an international call to crowd-fund a fleet of 100 domestically built sea drones like the ones used in a late October attack on Russian Navy ships in the Black Sea.

On Friday, President Volodymyr Zelensky lent support to the “United24” online campaign to solicit donations to build 100 of the naval drones that cost about $250,000 apiece.

“We must defend the waters of our seas and peaceful cities from Russian missiles launched from ships,” Zelenskiy wrote on the Telegram messaging app, reported Reuters.

The explosive-laden drones were used in an attack on Russian warships guided-missile Admiral Makarov and mine countermeasures ship Ivan Golubets on Oct. 29. Video released from the drones showed one approaching Makarov and another was shown dodging fire from a Russian helicopter. At the time, Ukraine did not confirm or deny its involvement in the attack.

Following the attack, the Russian Black Sea Fleet has been kept mostly in port, USNI News reported on Monday.

“During the larger attack on Oct. 29, several of the USVs penetrated the harbor. Drone’s eye footage released shows them operating near the warship piers deep inside the base. Russian reports that the drones reached Pivdenna Bay suggest that they got close to the submarines. A single Kilo-class submarine was present at the time,” USNI News reported.

The United24 campaign outlined additional roles for the sea drones including shepherding grain shipments from Ukraine.

The United24 campaign released additional details on the drones. The craft are 18 feet long, can carry up to 440 pounds in payload, has a range of about 500 miles and is capable of speeds of up to 50 mph.

The unmanned surface vehicles were first seen publicly on social media in September when one washed ashore near the Russian Navy base on the Crimean Peninsula. 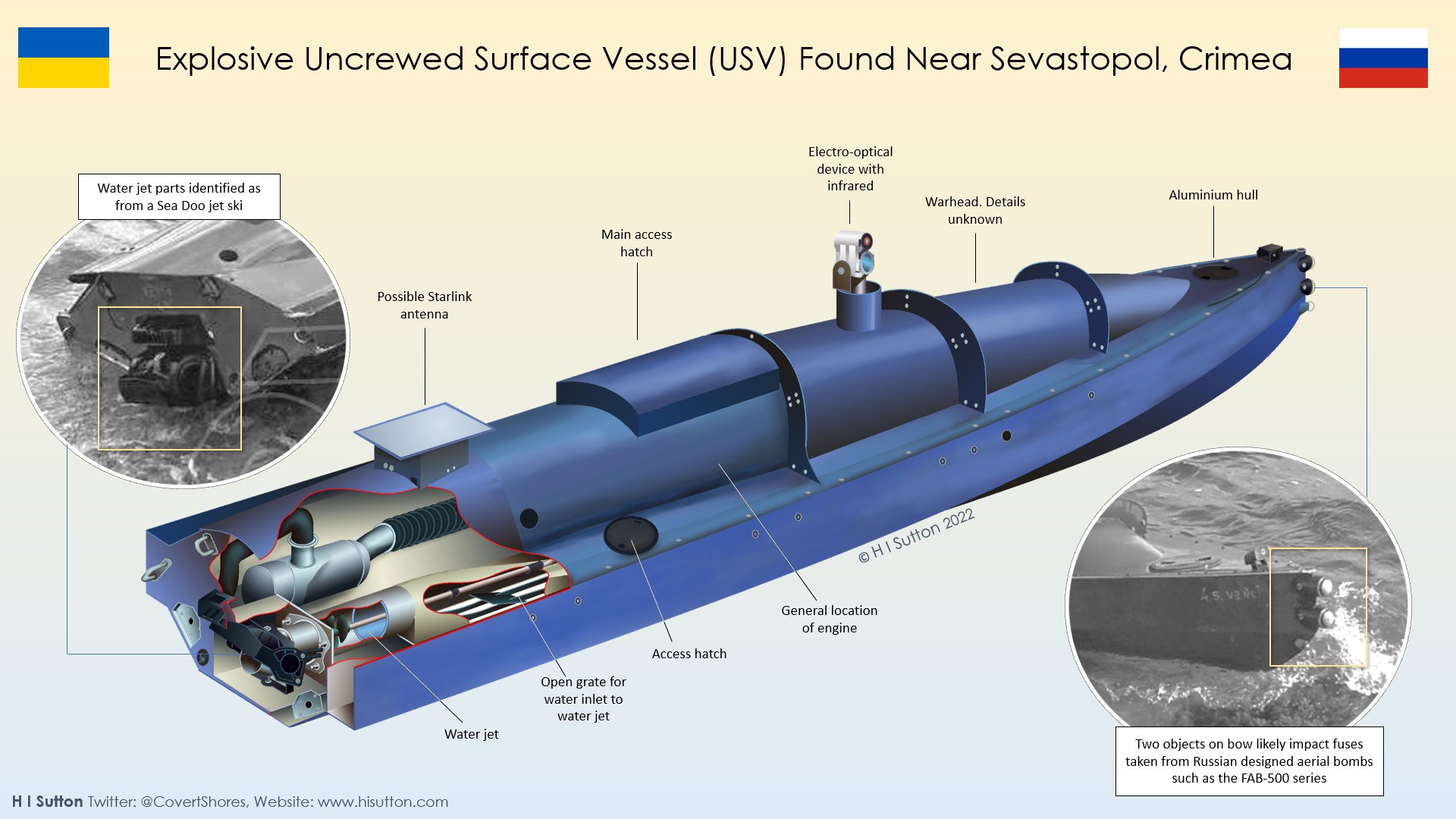 USNI News contributor H I Sutton contributor highlighted other features of the drone, including components from a Sea Doo recreational watercraft with a repurposed contact fuse from a Soviet-era bomb linked to an explosive payload.

In a statement, Zelensky asked for international support to grow the inventory of sea drones.

“I am sure that millions of people will support this important area of Ukraine’s defense,” he wrote of the naval drone fundraising campaign. “Everyone has already seen how it works.”